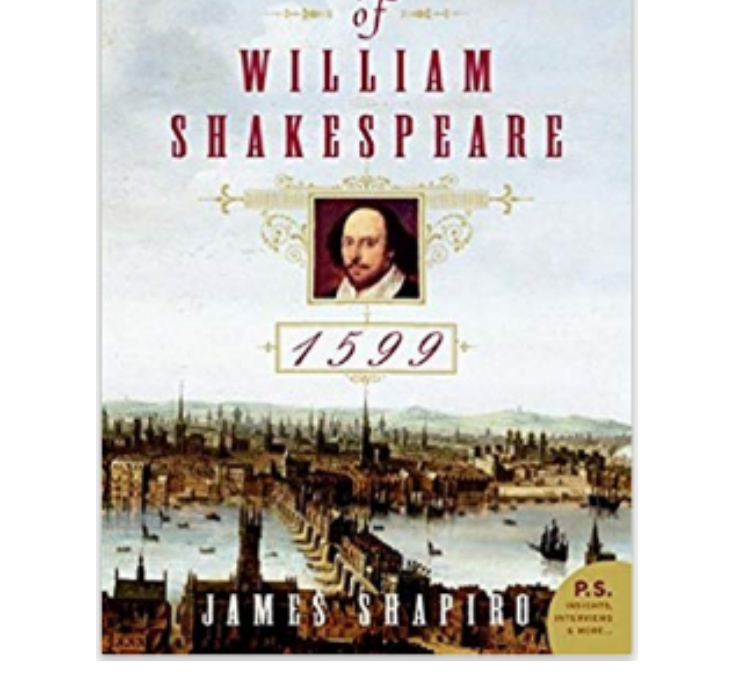 “1599 was an epochal year for Shakespeare and England. During that year, Shakespeare wrote four of his most famous plays: Henry the Fifth, Julius Caesar, As You Like It, and, most remarkably, Hamlet; Elizabethans sent off an army to crush an Irish rebellion, weathered an Armada threat from Spain, gambled on a fledgling East India Company, and waited to see who would succeed their aging and childless queen.”