How to Play 16th Century Bowling

Queen Elizabeth I is supposed to have played at bowls. On 19 July 1588, English Vice-Admiral Sir Francis Drake allegedly was playing bowls at Plymouth Hoe when the arrival of the Spanish Armada was announced, replying “We have time enough to finish the game and beat the Spaniards too.” Most historians today consider this story to be likely apocryphal, but it shows how the game was a favored entertainment of Elizabethan Nobles.

Today on DIY History, I’m going to show you how you can play at bowls the way that was popular during Shakespeare’s lifetime.

A bowling green is often found as part of the gardens of a proper estate of Tudor and early modern period. (That’s Shakespeare’s lifetime and just before if you’re using Shakespeare to mark your centuries).

Tudor bowling greens were a standard part of noble estates. They were large open green spaces with areas large enough to play at bowls. 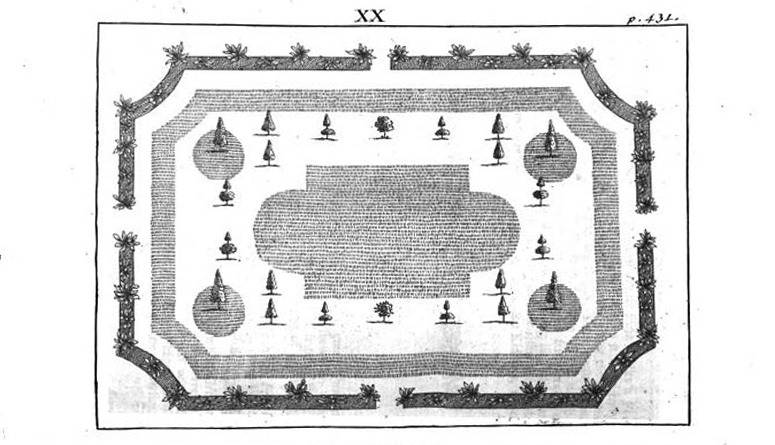 This entry was posted in Garden Design, specialised POS on 16th January 2011 by Tom Turner. | Source

Here’s an example of what one looked like and recent excavations by London’s Crossrail project revealed archaeological evidence that the moat around King John’s manor house was once a bowling green.

The game of bowling was very fun, but for Shakespeare’s lifetime, it seems bowling was primarily a means to an end when looking to curry favor or gain power in political circles. As Gambling was both a sin and a popular pastime for Tudor England, the game also skirted the line between appropriate and inappropriate behavior in terms of reputation.

Thomas Dekker wrote about bowling in the book The seven deadly sins of London, 1606, that Sloth gave orders that ‘dicing-houses, and bowling alleys should be erected, whereupon a number of poor handy-crafts-men, that before wrought night and day…. they never took care for a good day’s work afterwards.’

Hampton Court, Nonsuch Palace, and Whitehall boasted tiltyards, cockpits, and bowling alleys. The complex at Whitehall was particularly elaborate, including four indoor tennis courts, a jousting yard, a cock-fighting and bear-baiting pit, and a bowling green.

During the early modern period, sport was typically reserved for elites and even governed by the monarchy.

In 1361, bowling was banned altogether in England under King Edward III because he wanted all male citizens to focus on archery with their leisure time as a preparation for war. Later, Henry VI would reverse the ban in 1455, which gave rise to several all weather bowling spaces in 15th century London as a game for the general public. That changes again under Henry VIII, who felt bowling should only be for the elite, so he passed a law in 1541 that legislated bowling away from the general populace, who were only allowed to play on Christmas Day. The rest of the year, it was a sport exclusively for the elite. (Source)

In 1555, Queen Mary took things a step further and outlawed even the Christmas Day games, but it seems people continued to play it despite the rules because there are many records of bowls being played at Local taverns where they arranged bowling matches and there would be competitions of bowling held in local halls or the village green. As you might expect, gambling was a regular part of the game in the early modern and Tudor period, with One account in 1648 reported that Sir Edgar Hungerford lost his entire estate while betting on a bowling match. (Source)

Father of the Protestant Reformation, martin Luther was fond of the game of bowling, specifically preferring 9-pins. He had a bowling lane built next to his home for his children, sometimes rolling a ball himself. (Source)

As a fun fact, the area of New York today known as Bowling Green was discovered around 1609 when Henry Hudson brought explorers there, and the space is named Bowling Green because the original explorers brought bowling with them and played a specific kind of bowling called nine-pins in that section of Lower Manhattan. (Source)

Despite all the bans and legislation, the sport was widely popular and played at several places. Local taverns arranged bowling matches in halls or the village green. Gambling was a regular part of the game. also common. One account in 1648 reported that Sir Edgar Hungerford had lost his entire estate while betting on a bowling match. (Source)

The Crossrail project also uncovered different kinds of bowling balls. The ball itself was called a bowl (likely pronounced very similarly to “ball” as it happens)

Flat bowls were best for alleys, round biased bowls ( which is where a ball has a weight added on one side) gave an advantage on open grounds, and round bowls were selected for greens that were plain and level

There were a variety of ways to play at bowls, and all of them were considered “Bowling”

One of the earliest forms of bowling was a game called “cones,” in which two small cone-shaped objects were placed on two opposite ends, and players would try to roll their bowl as close as possible to the opponent’s cone. The game “kayles”—later called nine-pins—usually involved throwing a stick at a series of nine pins set up in a square formation, though sometimes players would roll a bowl instead. Similar to the ten-pin bowling commonly played today, bowlers would aim to knock down all the pins with the least number of throws. Sometimes, the game would feature a larger “king pin” in the center of the square. If that was knocked down, the player would automatically win the game.

If you are interested in the details of many ways to play the game of bowls that existed in Shakespeare’s lifetime, make sure to visit the show notes that are linked below this video. I’ve included a list of sources for the history we’re sharing today including a list of places that explain how to play a variety of version of bowling and if you’re a Patron of That Shakespeare Life, you can find a Tudor Bowling Guide available in our digital downloads library that details the instructions for how to play 5 different versions of Tudor bowling, including adaptations you can use to play them at home whether or not you have all the official equipment or your own bowling green.

For this episode, however, I’m going to teach you how to play the 9-pins version of bowling for Shakespeare’s lifetime.

You start by setting up 9 pins.

Classroom Tip: You can purchase a cheap bowling set at a store and only use 9 of them, or you can use 9 of any object that can easily be knocked over. A set of tin cans would work, or even empty water bottles which have a similar size and shape).

You want to set the 9 pins up in a square and either have the pins rotated so the corner points towards the players, or just have the players stand where they are at the top corner.

From here there are two ways to play. You can either throw an object at the pins and try to knock all of them down with the fewest number of throws, or you can play with a King Pin. The King Pin is a larger pin placed right in the middle of the 9-square, and the object of the game is to knock over the King Pin while leaving the other pins standing. In a competition, it seems that you would win automatically if you were able to actually knock down the king pin without hitting the others, but if you and your opponent knocked pins down prior to hitting the King Pin, the winner would be the player who achieved knocking down the King Pin with the fewest incidental pin casualties.

That’s it for this week! That’s a short history of bowling in Shakespeare’s lifetime and how you can play it at home using every day objects from your kitchen or laundry room.

Thank you for watching! I’m Cassidy Cash and I hope you learn something new about the bard. I’ll see you next time! Goodbye!