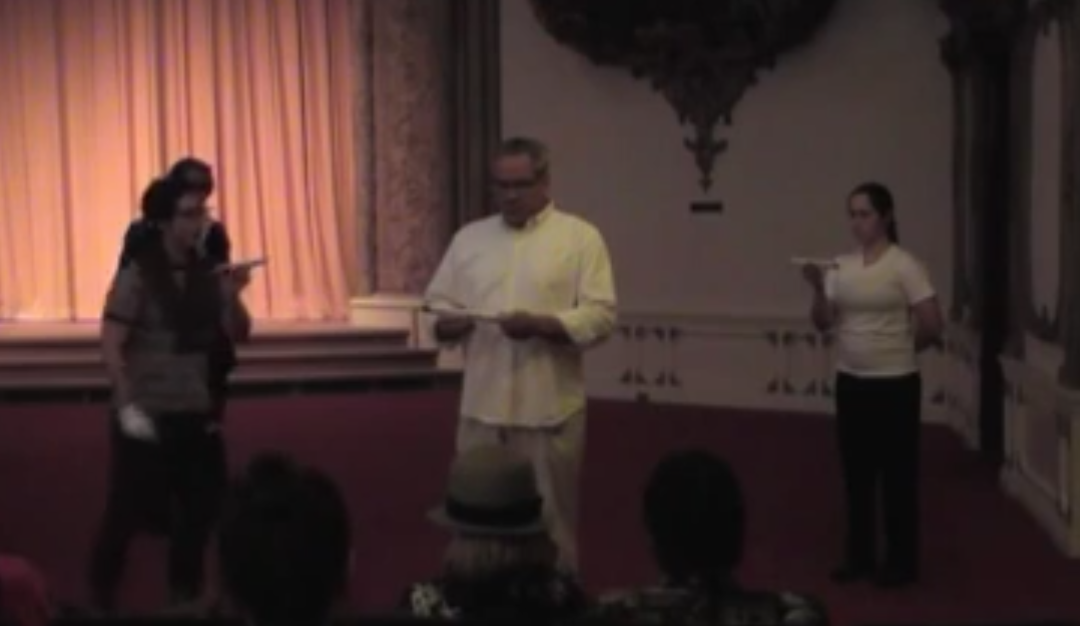 Shakespeare's Comedy of Errors is a wonderful play performed too infrequently. Here are two productions worth the watch if you're looking to get introduced to this play.

Wichita, KS High School Performance of Comedy of Errors. I include this one for you because it demonstrates what's called a cue-script technique. The actors are performing this production on stage with each other for the very first time right in front of the audience. This is part of the original practice techniques to Shakespeare's plays. Shakespeare himself is thought to have had only character-based scripts which told the actor when he was to say his lines, when he was to appear/disappear from stage, and what actions to take whilst there, but it did not outline the actions of the other characters on stage, so the responses from the actors to the lines and actions of the other characters are done in real time, and represent real reactions like fear, surprise, laughter, or shock. Learn more about original practice techniques here.