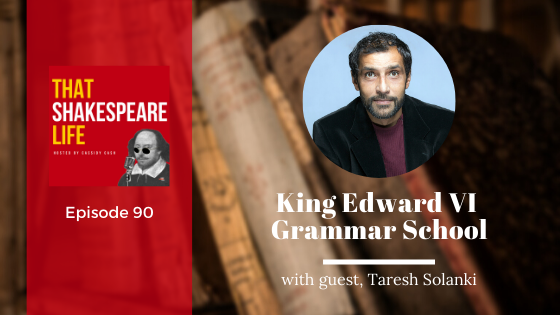 Welcome to Episode #90 of That Shakespeare Life, the podcast that takes you behind the curtain and into the life of William Shakespeare.

In the 16th century, King Edward VI before he died quite young, was focused on bringing education to the small towns and villages of England and that included officially chartering a school in Stratford Upon Avon called, fittingly, King Edward VI Grammar School. This school is where all the boys, including William Shakespeare, went to school for their primary education.

There are a lot of myths and theories about the education of young William Shakespeare, and our guest this week, Taresh Solanski, is here to walk us through the history of the school itself, sharing what was studied there, how long students went to school each day, and what it was like growing up in Stratford Upon Avon as a young boy. 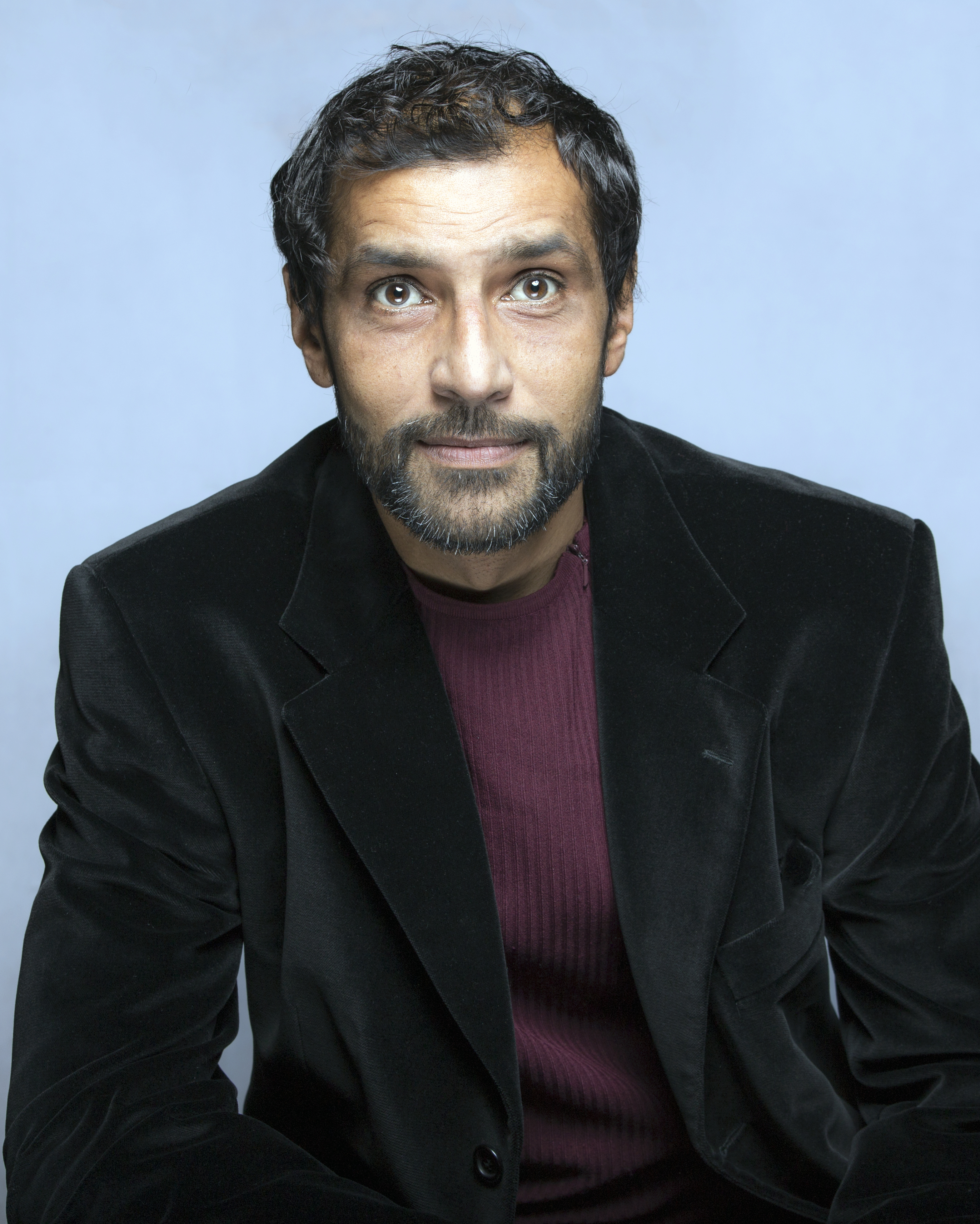 Taresh Solanki is a professional actor playing a variety of roles on stage & screen including Richard Parker in a 2003 production of Life of Pi, and the title role of Mary Shelly's Frankenstein's Creature before a sold out audience at this years Edinburgh and Isle of Wight festivals. Taresh co-owns Tell Tale Present, a theater company which focuses on bringing world history stories to life with humor and physical theater. His love for little known history has lead him to Shakespeare’s Schoolroom in Stratford Upon Avon, England, where he is uses his skills in theater skills to bring Magister Thomas Jenkins, Shakespeare’s schoolmaster to life at Shakespeare’s Schoolroom. the educational & ‘hands on' World that William and 16th century England would have experienced.

In this episode, I’ll be asking Taresh about :

Well, I am school'd: good manners be your speed!
Hotspur 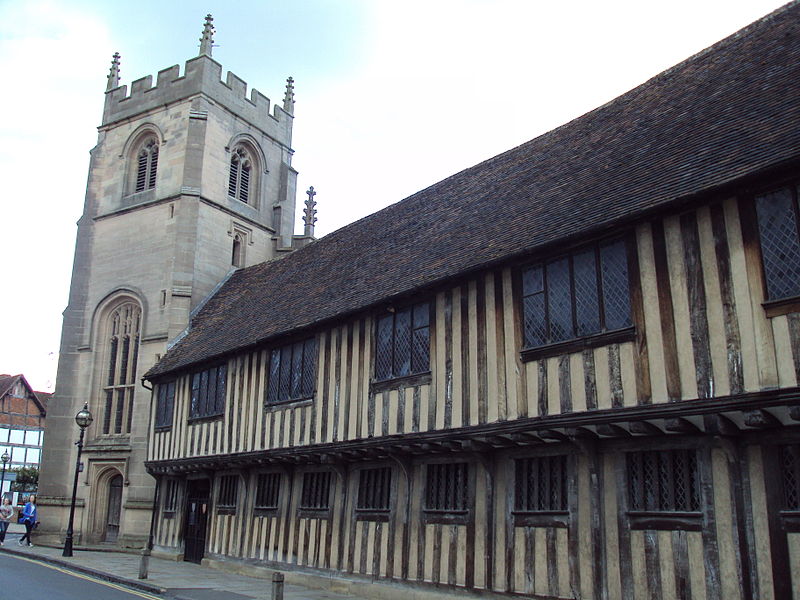 Before the churches were disbanded, the Guild would be a group of townsfolk who were established traders and professionals that created their own network in the town. The guild was there for the town to have a unified group for meetings and various needs for the safety of the town. (Like volunteer firefighters or similar). It was a type of governing body combined with volunteer defense. They also organized the town’s education, which is why they are also in charge of the school with heavy religious emphasis. The schoolroom and guildhall shared the same space, the same building, which is why it is still known as “Shakespeare's Schoolroom and Guildhall” today.
What a blunt fellow is this grown to be!
He was quick mettle when he went to school.
Brutus 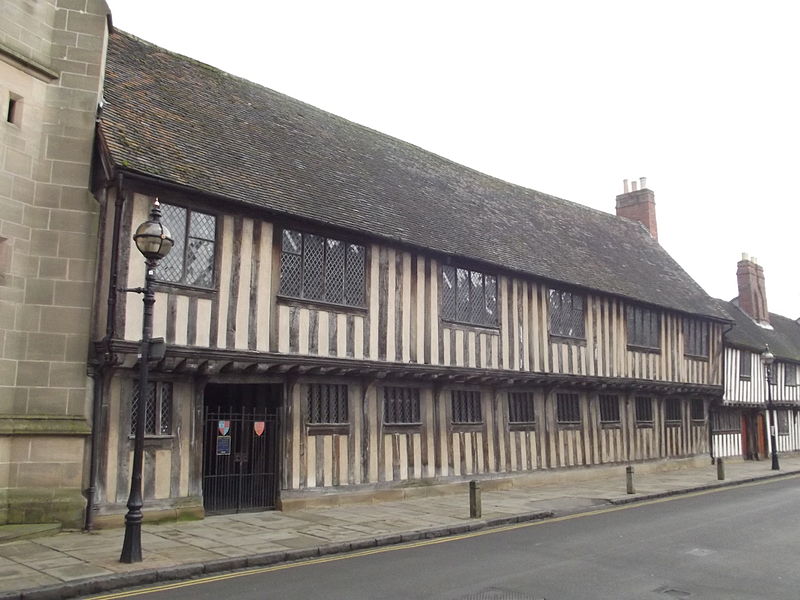 Going to school was a sign of social standing & ability

King Edward VI Grammar School was the only option for education in the town of Stratford Upon Avon. While families were able, and often did, provide informal education in the form of personal tutors or something similar, education in the formal sense at the grammar school was used to gain social mobility. On the whole, the entire idea of being able to change your status in life was a new idea as William Shakespeare was growing up. For boys like William, however, school represented this massive opportunity that their parents and grandparents never had: the option to work your way into a better life.

The school's tuition was free to attend to any of the boys in the town, paid for by the town council. But if enrolled students were not particularly good at learning, if they did not apply themselves, or showed inadequate prowess at it, they would be dismissed and sent back to work in their family occupation, which was a lot in life quite common to most 8 year old boys. To be able to go to school, learn,and make a better life than where you born into, was a kind of status symbol and source of pride for parents and students alike.

Prithee, nuncle, keep a schoolmaster that can teach thy fool to
lie. I would fain learn to lie.
Fool 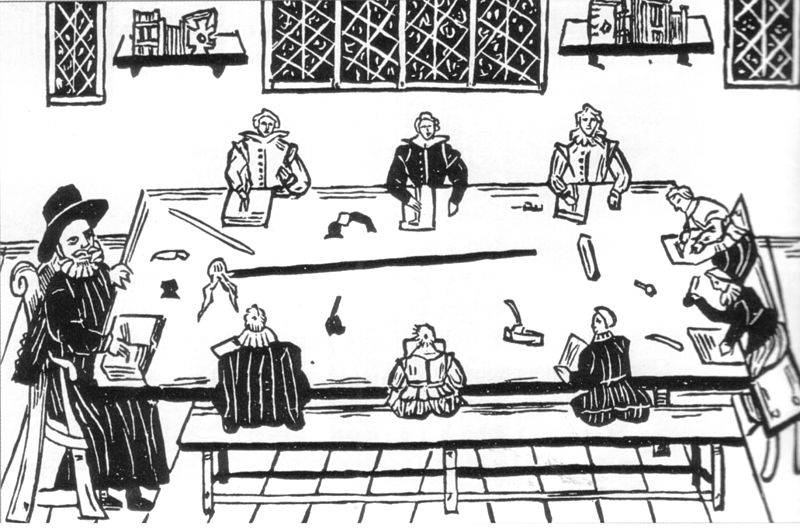 There were no exams, there was theater

Students were not given tests to evaluate their progress in their education. Instead, evaluative methods came in the form of being able to teach the younger kids in the classroom. It was a fluid, group approach to education. The older boys had learned their lessons and assisted the younger boys in learning it as well. So while the entire group might be working on a single task or topic, the act of teaching one another was the best way to learn the subject themselves. The classroom teacher facilitated this approach and the primary way of determining when a student adequately mastered a topic.

Theater, and the act of performance, was an integral part of this education as well. Not only did the students organize and perform end of the year performances designed to demonstrate what they had learned throughout the year, but smaller theater performances, done in the original language of the play (often Latin or Greek), were performed by the older boys, for an audience of younger boys,in order to cement the knowledge for the performers and educate the audience on a topic, and language, that made more sense to them when performed on stage. 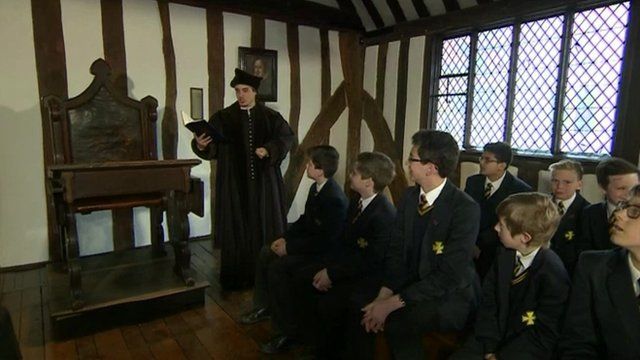 21st century students learning in Shakespeare's schoolroom as part of a revitalization project to rekindle the illustrious history of the school itself. Source

The education of the kids was held to a high standard of excellence that mirrored the harsh life they experienced in other areas of their lives as well.

The boys were up with the sun, often at school by 6am during the summer, and stayed there learning until 4pm, or dusk, when they would return home. Meals were often provided at the school (at least lunch–they would not traditionally eat breakfast at all, and dinner was at home after school). There was no organized transportation to and from school, so boys would walk the distance from their home to the schoolroom in any kind of weather.

Despite the early mornings, long hours, and difficult tasks foreign to us today of translating Greek and Latin texts to and from English, as well as studying the works of Pythagoras and Seneca, the focus of the school was to give the boys a good foundation that enabled them to be good at any higher social task they desired to undertake. Written into the statutes of education is that the schoolhouse is for play and learning. No fear. Any schoolmaster must be a minimum age of 30, graduate of university, and demeanor is wise, loving, nurturing, encouraging.

The foundation of education was to give boys training in the social, physical, and mental areas neccessary for them to be capable of walking into any level of noble society and having the wherewithal to succeed there, whether it was in their speech, their appearance, or their knowledge. The grammar school education was intentionally setup with the focus that some of these boys in the school would go on to operate successfully at the highest levels of society, enabled to do so by the training they received at King Edward VI Grammar School. 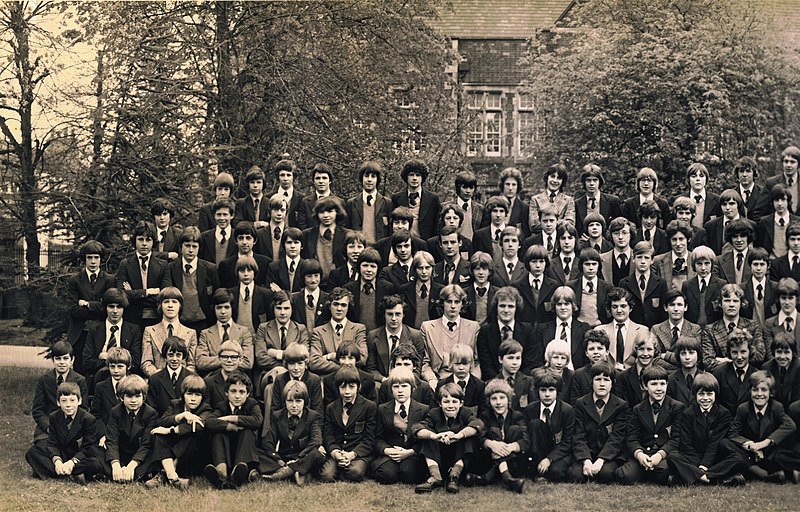 This portrait is of a class of boys at Retford King Edward VI Grammar School, which is not Shakespeare (obviously), but it does show the elegant, well dressed, focus on manners and being gentlemen that is built into the education. Source

Episode #18: An Introduction to the Life and Work of Dr. John Hall, Shakespeare's Son in Law | An I...
Ep 186: Stratford Upon Avon Flooded 1588 with Laurie Johnson
Ep 110: The Paston Letters with Rob Knee