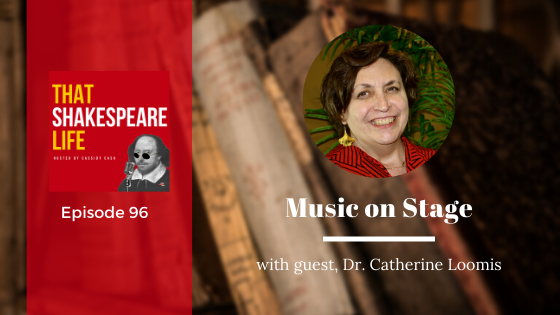 Welcome to Episode #96 of That Shakespeare Life, the podcast that takes you behind the curtain and into the life of William Shakespeare.

Modern productions of plays include all manner of music, accompaniment, and we almost consider an orchestra pit to be synonymous with theater today. For William Shakespeare, however, his plays were performed in a variety of locations, all of which were void of any orchestra pit but we do know that Shakespeare’s plays included music with works like Hamlet calling for Ophelia to sing a song, but also flourishes to signal entrances as well as exits, along with popular ballads and even a few songs we believe Shakespeare wrote himself.

Our guest this week, Catherine Loomis, is here to help us explore the role of music in early modern theater, and the songs that survive from Shakespeare’s lifetime.

No time to listen? Read the full transcript right here. 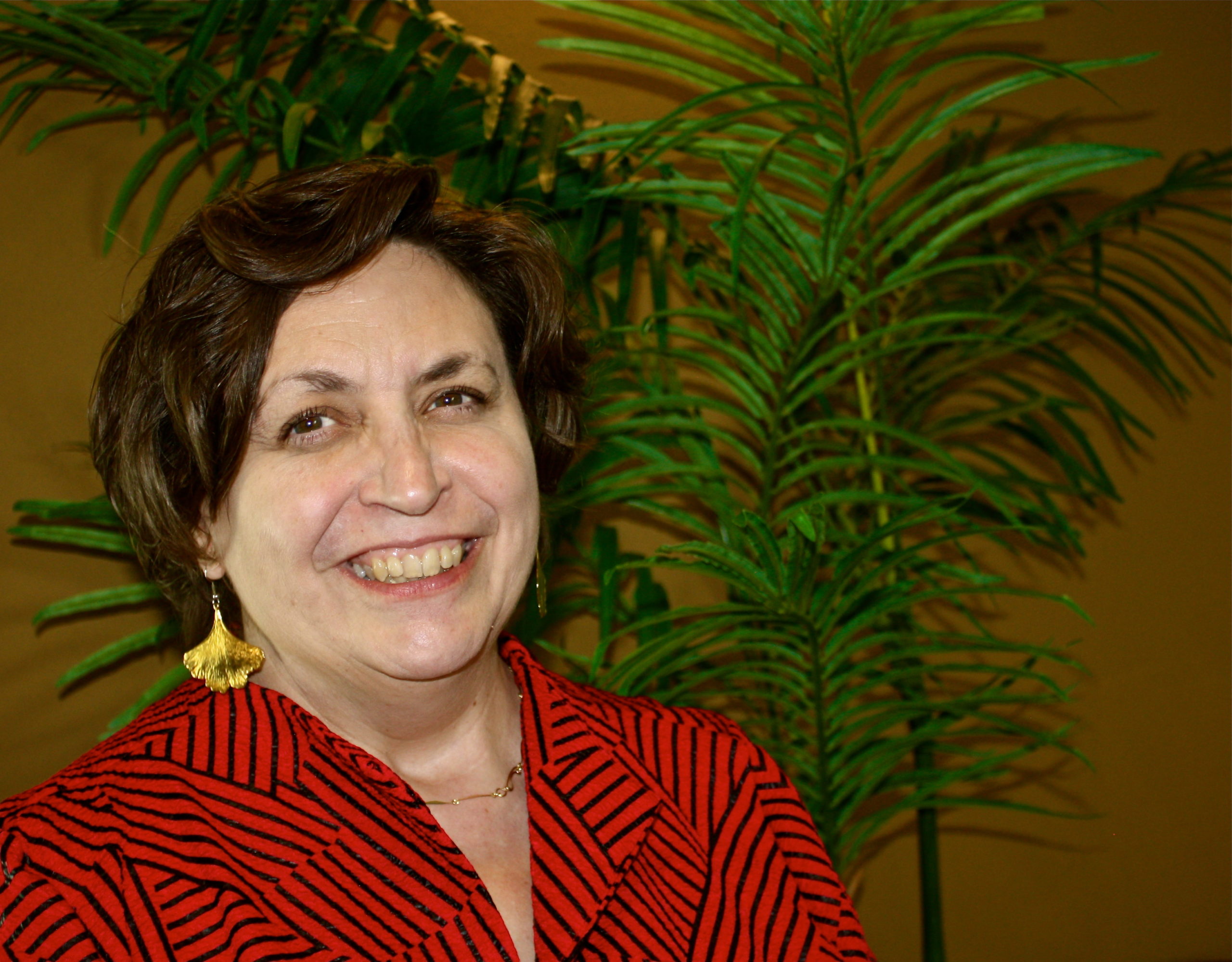 Dr. Catherine Loomis, the University of New Orleans English and women’s studies professor. Here she is presenting on the lives of 16th century women and female influences in the life of William Shakespeare at the Women’s Studies colloquium (2014). Photo from the Brigham Young University website promoting the event. Source

Dr. Catherine Loomis has taught at the University of New Orleans and the University of North Carolina at Greensboro, and currently teaches at the Rochester Institute of Technology. She is the author of The Death of Elizabeth I: Remembering and Reconstructing the Virgin Queen (2010) and the editor of William Shakespeare: A Documentary Volume (2005) and Shaping Shakespeare for Performance: The Bear Stage (2015) as well as essays on Shakespeare, Queen Elizabeth, and theater history. She has lectured on Shakespeare and Queen Elizabeth at the Folger Institute in Washington, DC, and at several universities. She is currently working on a collection of early modern poems and prose works in which male authors adopt a female narrative voice.

In this episode, I’ll be asking Catherine Loomis about :

Give me some music; music, moody food
Of us that trade in love.
Cleopatra 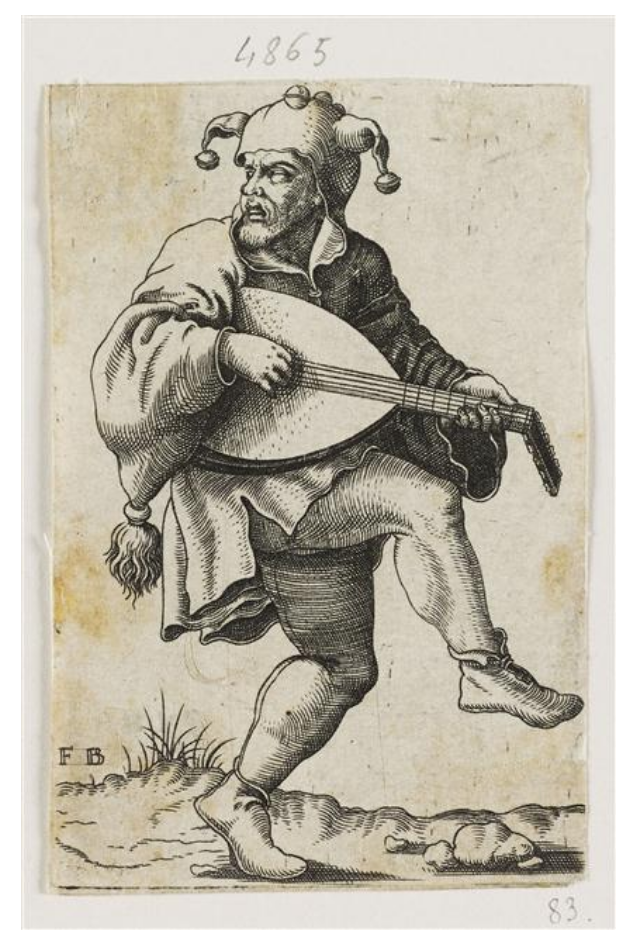 Just like performances of Shakespeare’s plays today, each production was accompanied by music. In a stark difference from today’s productions, however, music for Shakespeare often was not merely background faire. While it could set the tone for the plot of the play itself, it was often an active character on the stage, with a role to play of the same caliber as that of any leading man or woman.

In addition to playing a role on stage, music was also the star of the prelude portion of the play, being performed before a play started and then after the play concluded, especially in locations like The Globe theater, a jig was often staged at the end of a play. For example, at the end of Hamlet, all of actors who had just minutes before been scattered about the stage having met their demise as characters, would now rise and the entire cast would engage the audience in a jig. This dance was often completely off topic, generally bawdy, and designed to make the audience laugh. In that way, the jig served as comic relief after an intensely tragic production like Hamlet. 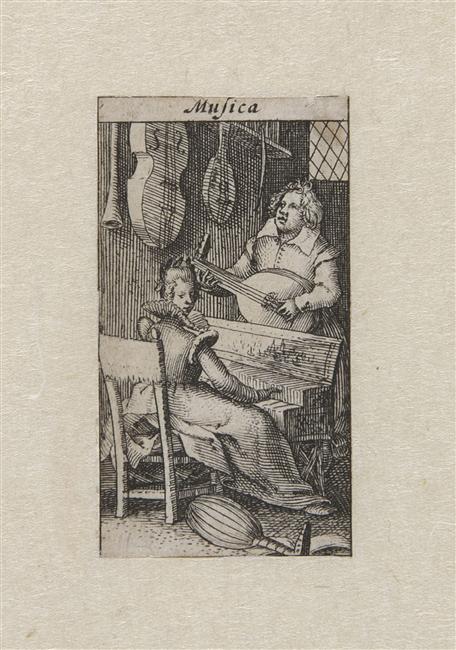 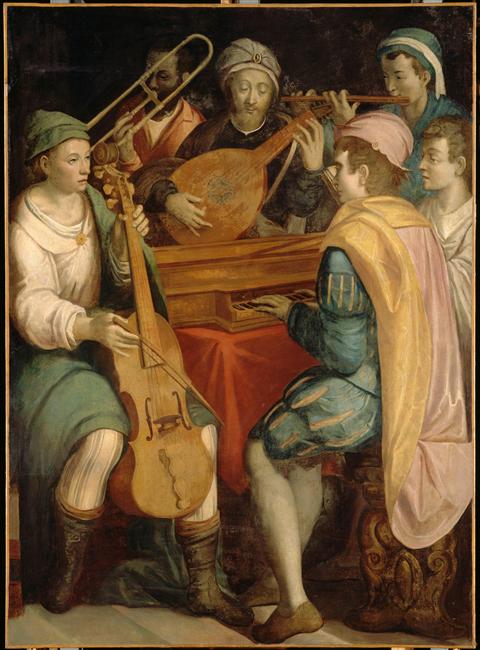 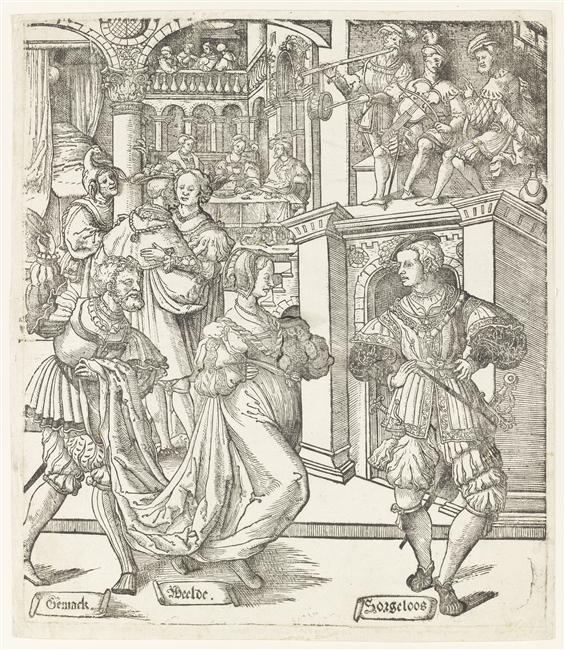 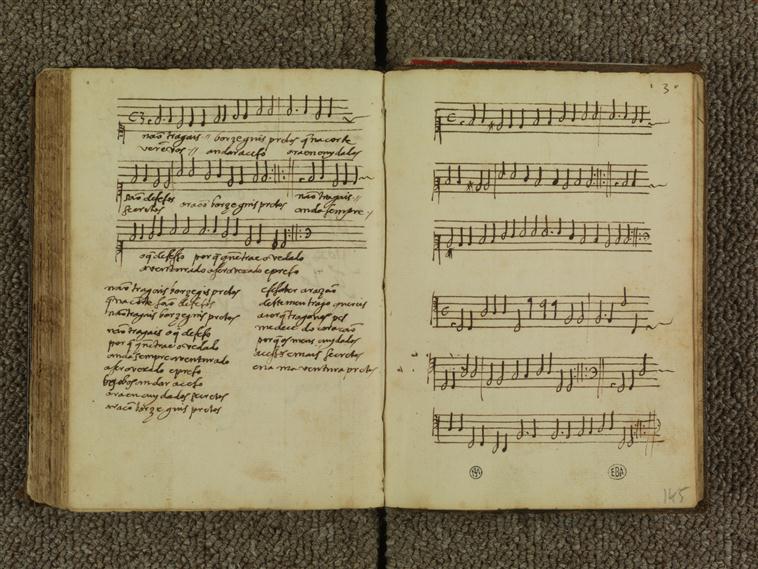 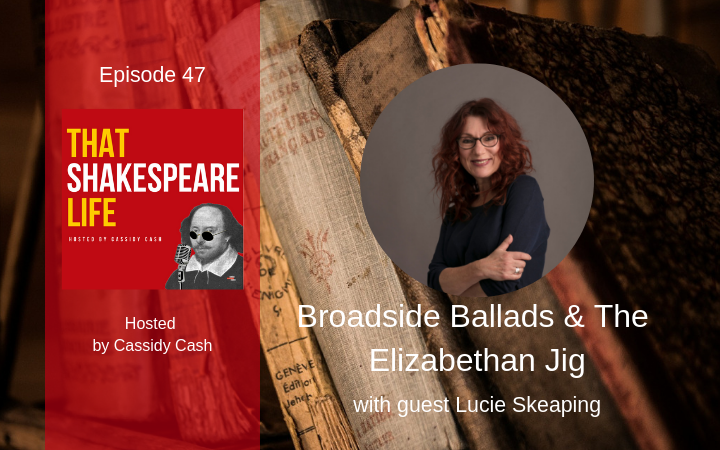 I have assailed her with music, but she vouchsafes no notice.
Cloten 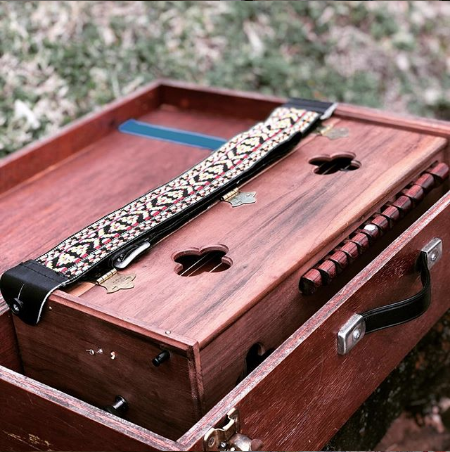 One popular instrument thought to have been used on stage for William Shakespeare is the hurdy gurdy. This picture is a 17th century hurdy gurdy, refurbished and in use by David Cantrell of the travelling historical music production company, Pan Harmonium. David sat down for an interview with Cassidy where he demonstrates how to play the hurdy gurdy. Photo by Cassidy Cash, 2018. You can watch that interview here.

The Instruments Used on Stage

Given that music was a character and member of the cast as much as any player, you may not be surprised to learn that musicians brought their instruments onto the stage. They were there to create atmosphere as much as they were for entertainment.

When it was time for an instrument to contribute to the performance, a fellow actor from the company (or perhaps hired musician under a contract-like setup) would go out onto the stage and play the musical piece required, or in some cases specifically called for in the script.

Popular instruments included the Hurdy Gurdy (called a Symphonia), the Virginal, Lute, Crumhorn, Shawm, Fife, Spinet, and Hautboy, among others. 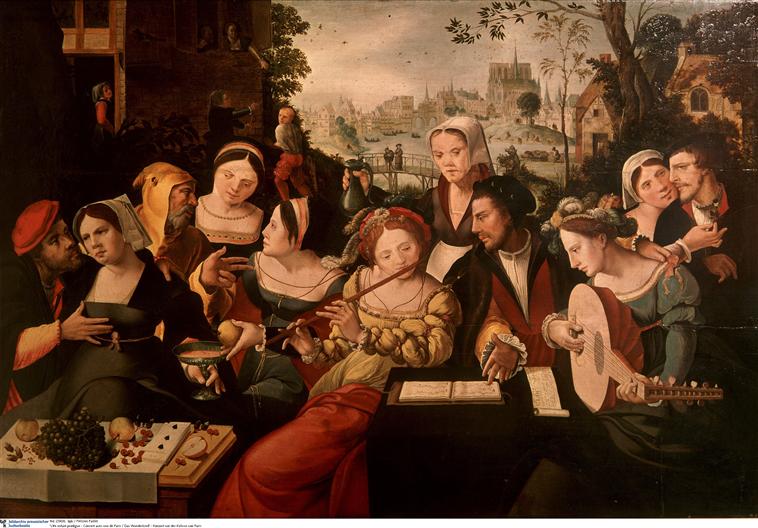 you would sound me from my
lowest note to the top of my compass; and there is much music,
excellent voice, in this little organ, yet cannot you make it
speak.
Hamlet 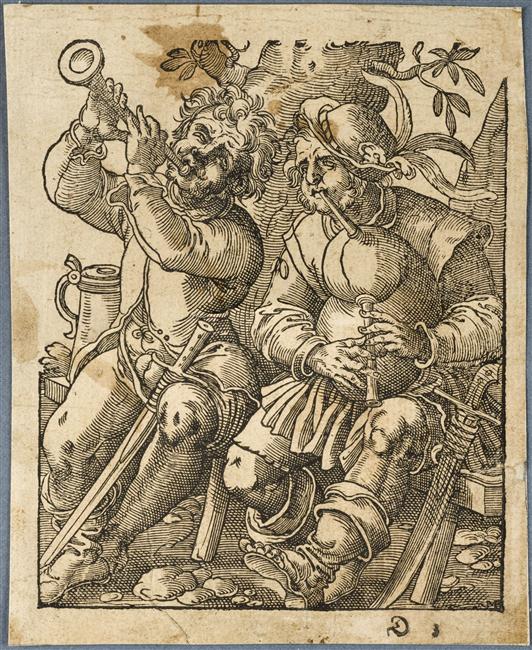 Sitting in the Heavens

While we think of the famous balcony of Romeo and Juliet when we talk about balcony scenes, the elevated area above the stage at The Globe theater was also an ideal location fro muscians to sit when contributing music to a play.

Another place they could sit to perform was actually on stage right beside the actors in the main performance space, or there was a third level to The Globe theater, often referred to as the Musicians Gallery where musicians could sit to perform their piece and be out of sight of the audience. This gallery is most similar to the orchestra pit of today’s theaters in that the music “appears” but is not seen.

Shakespeare-Online describes the Tiring House portion of The Globe theater as being specifically designed with musicians in mind:

Rising from behind the stages was the tiring-house, the three story section of the playhouse that contained the dressing rooms, the prop room, the musician’s gallery, and connecting passageways. The tiring-house was enclosed in curtains at all times so the less dramatic elements of play production would be hidden from the audience. Source.

This section of the theater was not exclusively dedicated to musicians, however, as the space also served as a storage area for props, as well as an entrance or exit point for more elaborate stage effects. 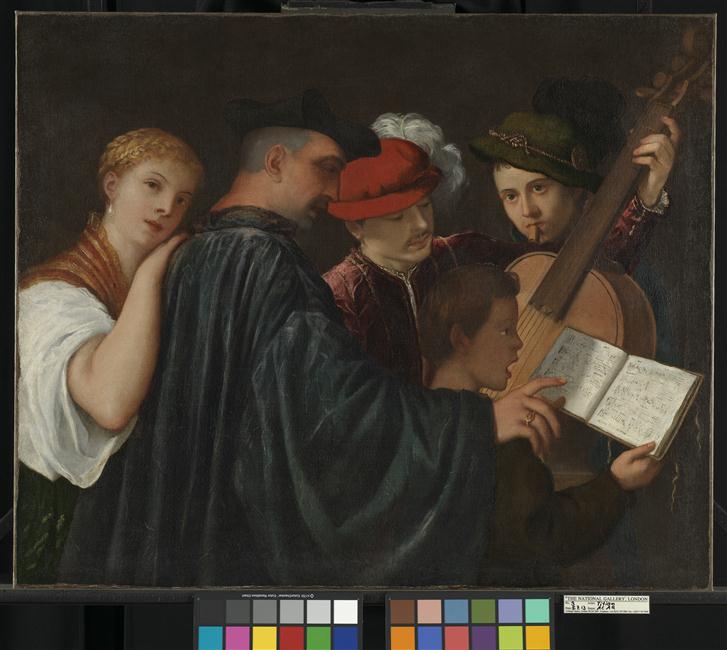 Catherine shares with us that while many of the actual songs used by William Shakespeare are either missing entirely, or when the lyrics are known, often the musical accompaniment is long lost to antiquity.

Interestingly, there is evidence to suggest that not only did Shakespeare use music in his plays, but he could have composed a few songs as well. In studying the stage directions and dialogue of his plays, we find instances where Shakespeare includes a song and sometimes modern historians are divided about whether it is an example of Shakespeare writing a song, or whether he was adapting a popular melody. Plagiarism was not a known concept at the time, and certainly copyright laws were substantially different (along with what constituted an artistic compliment since stealing someone else’s words was often seen as a sign of professionalism rather than the opposite that is true today). Therefore, not only would it have been acceptable for him to steal a song from another artist in order to use it in the play, but doing so was largely an established part of industry practice during the 16th century.

A few examples Catherine provides include the song to Sylvia in Two Gentlemen of Verona. That song was written specifically for that performance. However, when Ophelia sings bawdy songs in Hamlet, those seem to have been borrowed from pop culture.

A good contemporary example might be if a play were to include a reference to “Twinkle Twinkle Little Star” or, more pop-culture, might be if a character started to come on stage while singing a Beyoncé song. Those would be included mainly for the audience and as a particular dramatic device. The songs in Shakespeare’s productions work the same way, but we are so far removed from what was “popular” in the 16th century that it takes some study to catch the intended purpose behind the music. 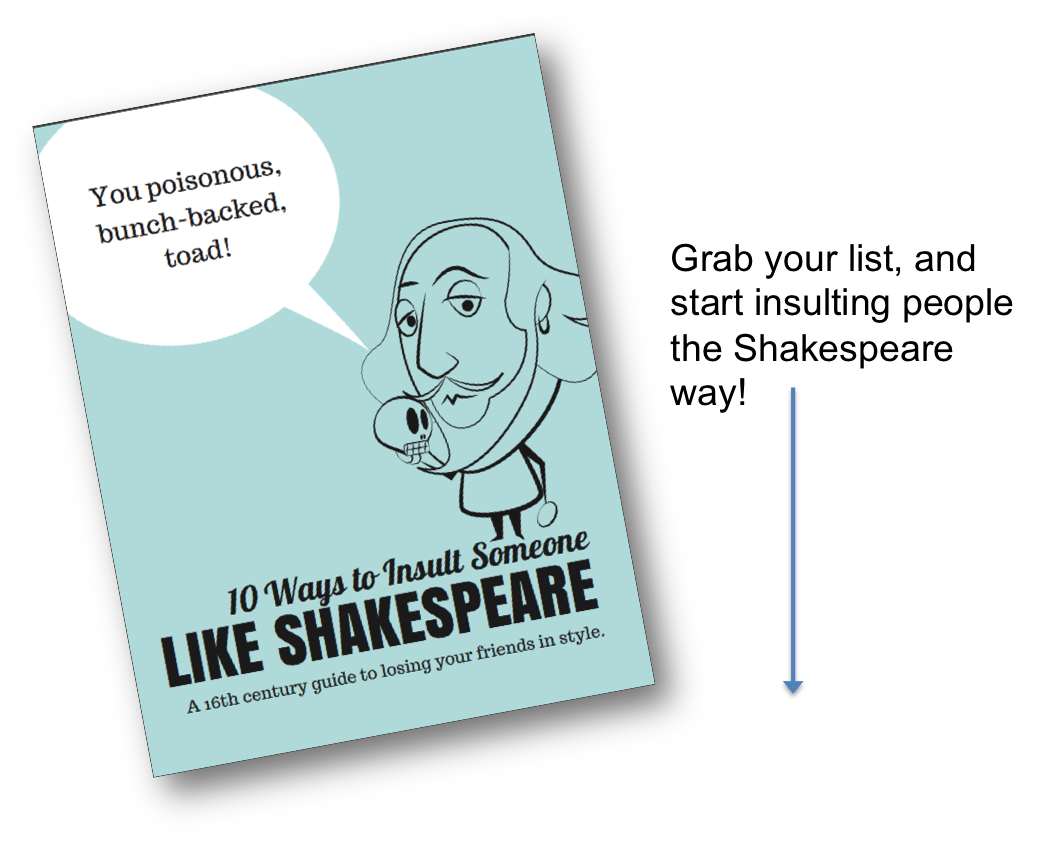