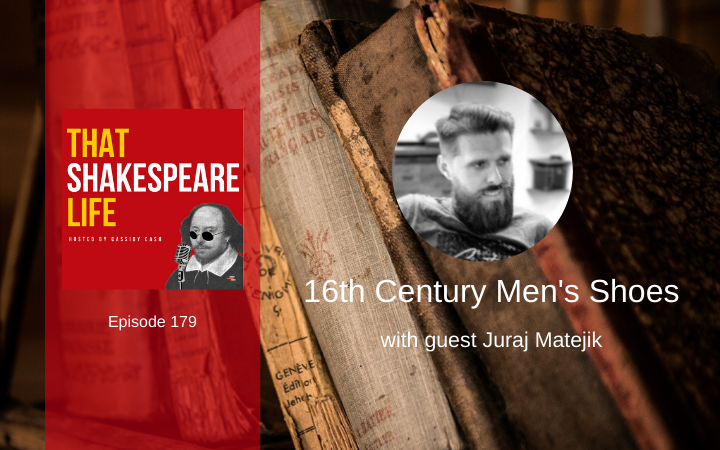 One of the ways we fund the podcast is through affiliate links. If you purchase these items through our links, we make a commission. This post, and all the posts here on our website, may contain such affiliate links. To contribute to our show directly, consider becoming a member.

Welcome to Episode #179 of That Shakespeare Life, the podcast that takes you behind the curtain and into the life of William Shakespeare.

Sandals, boots, spurs, and cobbled shoes are all mentioned in Shakespeare’s plays, found in works like Alls Well That Ends Well, Coriolanus, and even Hamlet where the Danish Prince talks about his “raz’d shoes.” All this mention of footwear in the works of the bard has us wondering exactly what kind of shoes William Shakespeare might have worn during his lifetime. While portraits of the bard don’t extend down to his toes to provide us with a visual record of Shakespeare’s actual feet, we can explore the fashion of men’s shoes in Tudor England to examine the styles, materials, and commerce of men’s shoes. This week’s guest is intimately familiar with what is involved in making 15-16th century shoes because that’s exactly what he creates in his shop, NP Historical Shoes. We are delighted to welcome artisan and historical shoemaker, Juraj Matejik to the show this week to help us explore what kind of footwear Shakespeare might have had on his feet. 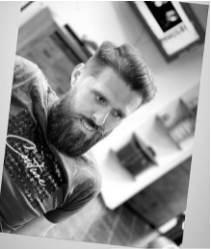 Juraj Matejik is a professional historical shoemaker at NP Historical Shoes. He research, designs and manufactures highly authentic, and original footwear along with leather accessories using old methods and techniques exclusively from natural and sustainable materials. All of his works are either detailed replicas or inspired by existing artifacts, which can be found either as archaeological findings in museum collections around the world, or are artistically depicted in manuscripts, paintings and exposed works of art in sacral buildings. Explore NP Historical Shoes here.

In this episode, I’ll be asking Juraj Matejik about :

A lean cheek, which you have not; a blue eye and sunken,
which you have not; an unquestionable spirit, which you have not;
a beard neglected, which you have not; but I pardon you for that,
for simply your having in beard is a younger brother's revenue.
Then your hose should be ungarter'd, your bonnet unbanded, your
sleeve unbutton'd, your shoe untied, and every thing about you
demonstrating a careless desolation. But you are no such man; you
are rather point-device in your accoutrements, as loving yourself
than seeming the lover of any other.
Rosalind 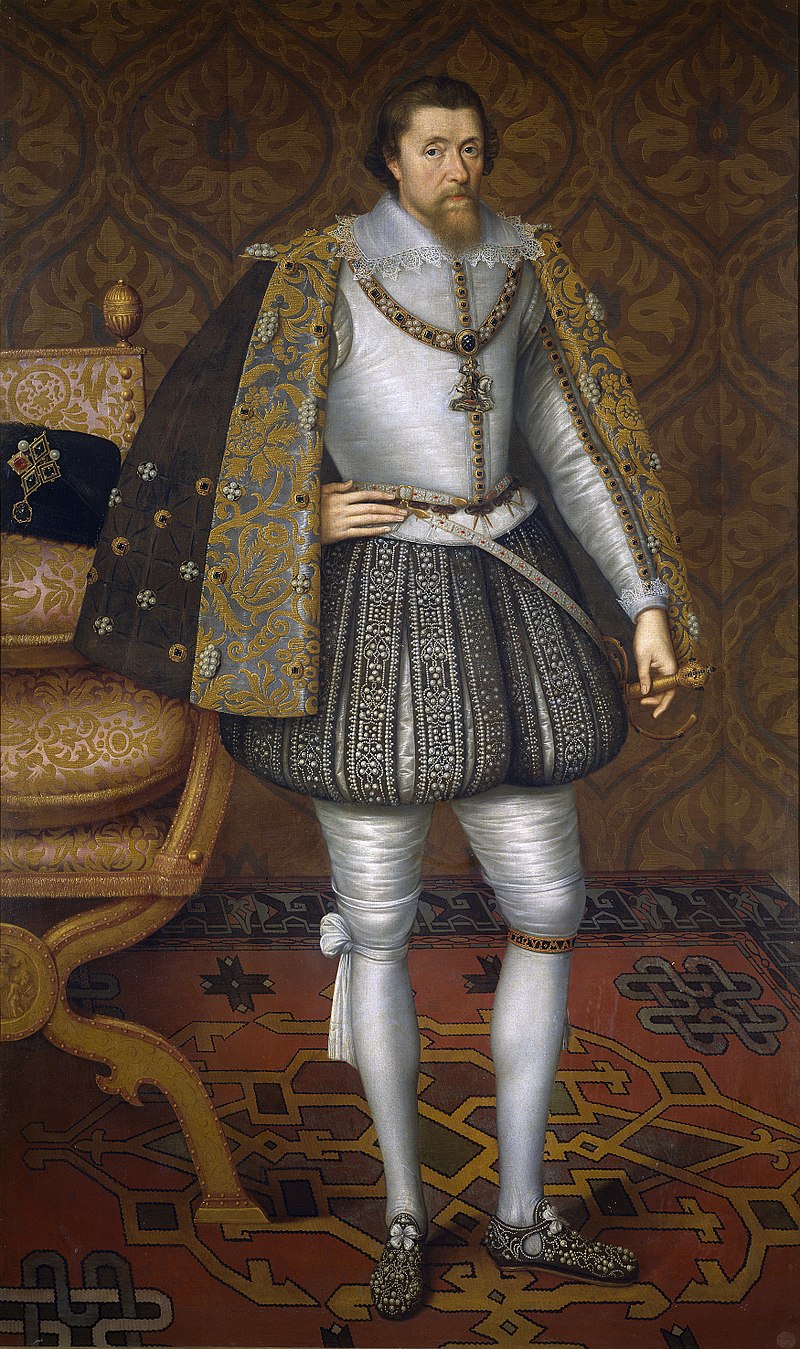 When it comes to the foundation of shoes, for Shakespeare's lifetime men and women had the same basic shoe. As Juraj points out,

The difference started to be in the 17th century, the footwear was usually unisex. One type of shoe, used for men, women, and children as well. Some small differences like narrower for women, or men in the 16th century, had slightly higher heel, but not [many differences].

One place that various shoes distinguished themselves from one another was in the accessories like ties, embellisments, or material. We see these accessories show up in Shakespeare's plays. In A Winter’s Tale, Autolycus [Aw-Taw-Lih-Kuss] mentions a “shoe-tie” among a long list of his accessories and in As You Like It Rosalind talks about the appearance of an unkempt man including having one’s “Shoe untied” Act III Scene 2. Juraj explains that Tudor shoes would have had these kinds of fasteners like laces, ties, or buttons, but that exactly what kind of accessory was prominent depended on the year:

Yes, definitely. Lace, ties, buckles, of course, for different period, there were some sort of favorite fasteners. IN the tudor period, for the first hald of the 16th century it was buckles and slip on shoes, for the second half it was laces. 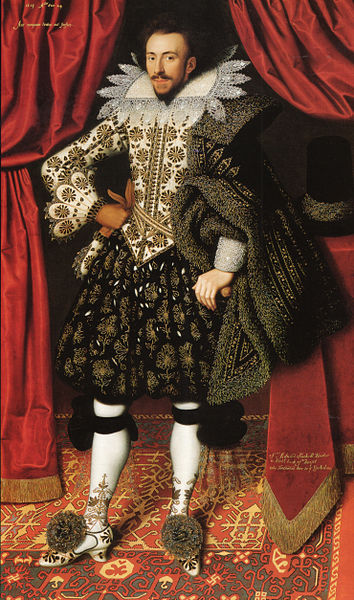 In Hamlet Act III the Danish Prince talks about roses on his “raz’d shoes” and Falstaff mentions “high shoes” in Henry IV Part I. Both of these references sound like what we might call high heels today, but Juraj explains that while there was a raised heel, it was different from what you might think of as “high heels” today (No stilettos in Shakespeare, ok?)

16th century was a milestone in shoe making. In troducing the heel lift is one of the biggest changes in shoe making [for this time period] uyes, they would wear high heels but not as we know it. The heel lift in this case evolved from the heel patches, was created by three layers of leather and that was all. Later it became a little more complicated, talking late 17th century, it was heel lift covered in leather or fabric.

When Hamlet mentions specifically “two Provincial roses on my shoe” he is referencing actual embellishments that would be sewn or stamped into the leather of Tudor shoes. While a working class man may not have taken the time to emblazon his footwear with decorative items, as you can see from the portait above, many high ranking men wore elaborate shoe accessories as a fahsion statement.

Footwear or shoes in 16th century were decorated mostly by slashing (cuts by knives) but what I think this is about, it’s about decoration which was very popular in the first quarter of the beginning of the 17th century, because the design of the shoe changed and they were more open, and there weren’t space for silk, ribbon to create rosettes to cover the fastening.

one that never in his life
Felt so much cold as over shoes in snow? 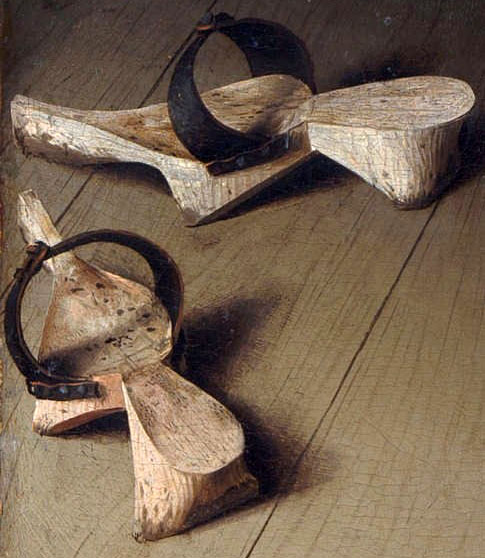 In this detail of the Arnolfini Portrait of 1434, these pattens have been put off inside the house. (Full Arnolfini Portrait Shown Below) | The Yorck Project (2002) 10.000 Meisterwerke der Malerei (DVD-ROM), distributed by DIRECTMEDIA Publishing GmbH. ISBN: 3936122202. | Public Domain | Source

The only mention of sandals in Shakespeare’s plays comes from Hamlet when Ophelia is singing a song that includes the lyrics “sandal shoon.” While sandals as footwear far predates Shakespeare, this reference by Ophelia indicates the bard would  have known what they were. Juraj explains the place of sandals for men in Elizabethan England.

Yes [sandals existed], but sandals were typical footwear for monks and pilgrims. It was a symbol of poverty or repentance. In this case as well, it’s referring to pilgrims, monks, 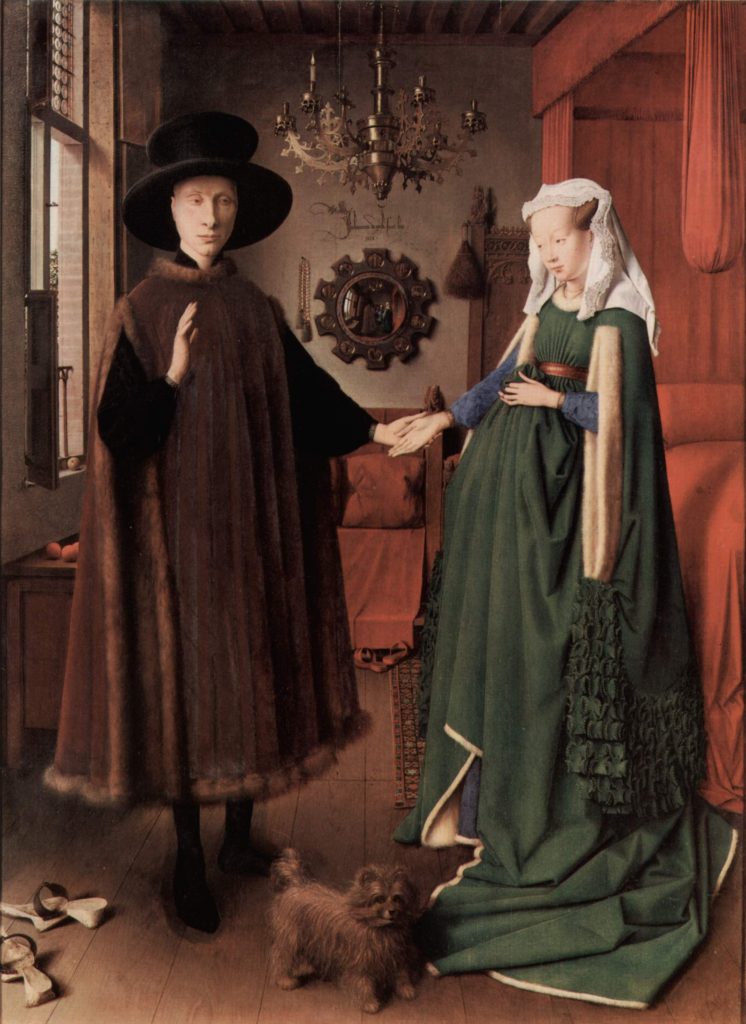 c. 1434, Untitled, known in English as The Arnolfini Portrait, The Arnolfini Wedding, The Arnolfini Marriage, The Arnolfini Double Portrait, or Portrait of Giovanni Arnolfini and his Wife. | In the bottom left you can see the Patten shoes (also known as over shoes) these were designed to be worn over your shoes when you went outside to protext against the elements. | National Gallery | The Yorck Project (2002) 10.000 Meisterwerke der Malerei (DVD-ROM), distributed by DIRECTMEDIA Publishing GmbH. ISBN: 3936122202. | Public Domain | Source

In Richard III Act V, the Duke of Gloucester says “one that never in his life felt so much cold as over shoes in snow?”  When it comes to “snow shoes” in Elizabethan England,this was not so much a specific kind of shoe you could purchase (or make) but instead refers to the process one would take for proteting your shoe (and feet) from the cold snow. Juraj explains,

There weren’t shoes like winter shoes we imagine for today. There was some sort of construction where a used cork layer was stitched between the insole and outset sole to create insulation. Examples exist from 15th adn second half of 16th century. These would be “shoes made for winter” and the text says “Over shoe” …it was worn over the shoe, so the wearer put the overshoe on to go outside to protet the shoe. We have examples from the 16th century, similar construction, it is layer of cork stitched between. It was a kind of mule, you wear it on the outside of your regular shoes to keep your shoes clean from going into the house.

Nor the soles of her shoe? 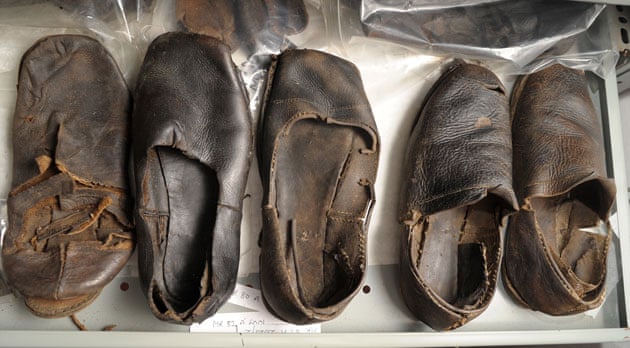 A row of leather shoes that would have been worn by the sailors of Henry VIII's, Mary Rose, which sank in 1545 and was resurrected in 1982. These relics were put on display at the Dockyard Museum in 2021. Photo Credit: Mikael Buck/Solent News | Published by The Guardian, 12 October 2009 | Source

In Julius Caesar I.1 the Second Commoner identifies himself by saying “I am, indeed, sir, a surgeon to old shoes; when they are in great danger, I recover them. As proper men as ever trod upon neat's leather have gone upon my handiwork.” Juraj explains the difference between a shoemaker, a cobbler, and a shoe surgeon:

A shoe maker is someone who is making new shoes from fresh leather. A cobbler didn’t come into use untl the 19th century. Cobbler repair old shoes, shoemaker makes new.

In Henry V, Fluellen says that it will “serve you well to mend your shoe” which makes it sound like it was an expected activity for a man to have his shoes repaired when they had worn out (as opposed to what we do today and just buy new shoes.) Juraj explains the process of aquiring, repairing, and replacing shoes for Tudor men:

Everything changed rapidly in the middle of 16th century concerning choe making and shoes were more durable. Early 16th century, reused or thrown away after a year. By the middle of the 16th century there was intention to making it last longer. Regarding howlong until the owner buy new pair o shoes, always depend on that person’s status in society. If you ave enough money, you go buy more shoes. If you have old ones, you donate to charity. If you don’t have enough money, you repair your shoes or put up with them longer. It was popular in the 16th century for people to donate their old shoes for the poor. Slashing or cutting out pieces of shoes to make them fit when you were wearing an old donated shoe of someone whose foot was smaller than yours.

When it comes to Shakespearea and making an educated guess about how many pairs of shoes the bard (or someone of his station) might own, Jruaj explains that like many things in Tudor England, it depended on your status:

Commoners would own only one pair of shoes. When the weather is good enough, even going barefoot. A townperson would have several pairs of shoes. And for different occasions.