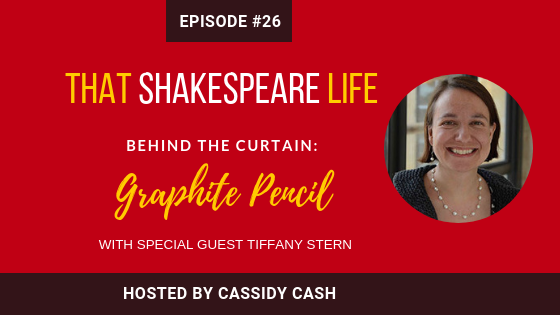 Welcome to Episode #026 of That Shakespeare Life, the podcast that takes you behind the curtain and into the life of William Shakespeare.

When we think about WIlliam Shakespeare, we almost synonymously think of him holding a quill pen, or furiously scratching away on a piece of parchment with ink on his hands creating a masterpiece. When it comes to the history of writing, pens in particular, and even references to writing that happens inside Shakespeare’s plays, the world of writing instruments in Shakespeare’s lifetime was really widely varied. Not only were there other options beyond the infamous quill pen, but it’s highly likely many of Shakespeare's plays were actually taken down using a precursor to the same No. 2 pencils many of us create our artwork with today.

Here to help us explore the history of writing instruments in England, including table books, graphite pencils, and a delightful look at Elizabethan erasers, is professor of Shakespeare and early modern drama, Tiffany Stern.

Tiffany is a professor at The Shakespeare Institute in Stratford Upon Avon, England, where she is a bastion of knowledge in Shakespeare, publishing several books and articles on topics exploring the relationship between history and the text of Shakespeare’s plays. She is the General Editor, with Peter Holland and Zachary Lesser, of the next complete Arden Shakespeare series. In addition to giving annual invited and plenary talks at a range of international universities, She has held several visiting professorships in the USA, New Zealand, and Australia. She has given talks at the Globe and National Theatre, written program notes for both, and is a member of the Globe’s Architectural Research Group. 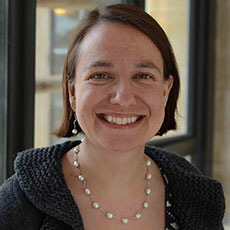 Tiffany Stern is a leading Shakespearean and someone I am personally proud to speak with, as I admire her work and reference her writings quite often in researching podcast episodes. She is a professor at The Shakespeare Institute, an author, speaker, and historian. Her work combines literary criticism, theatre and book history and editing from the sixteenth to the eighteenth centuries. Fascinated by the theatrical contexts that brought about plays by Shakespeare and others, several of her books and articles focus on the theatrical documents put together by authors and theatrical personnel in the process of writing and learning a play. Her current projects are a book on early modern theatre and popular entertainment, Playing Fair, exploring the cultural exchanges between playhouses and fairgrounds, a book on Shakespeare Beyond Performance, looking at the theatrical documents produced in the light of a play’s performance – ballads, chapbooks, commonplace books, ‘noted’ texts – and an edition of Shakespeare’s Tempest.

Learn more about Tiffany and her work here.

In this episode, I’ll be asking Tiffany about : 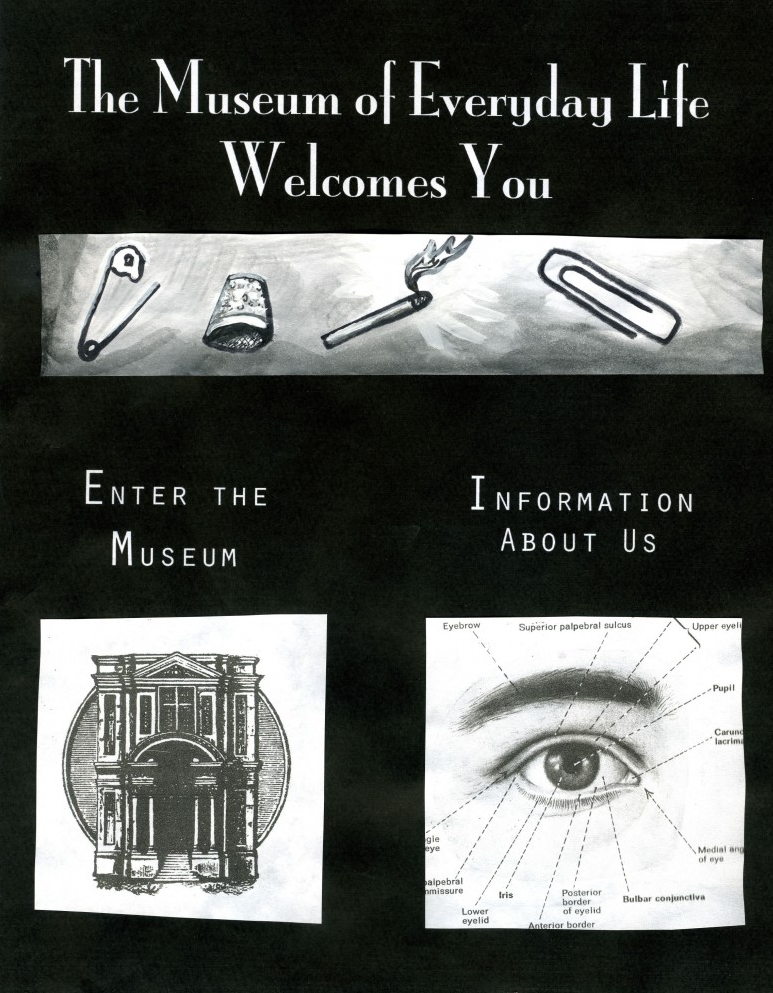 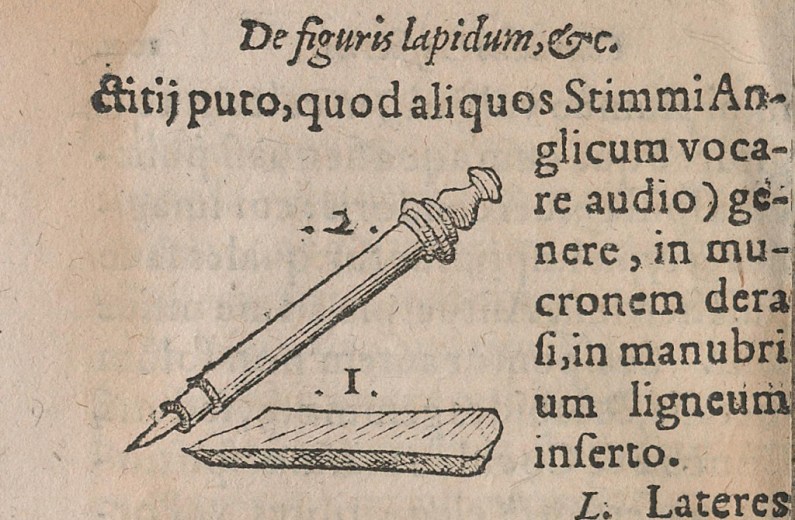 Derwent Pencil Company sits on the site of the Keswick pencil company, which was the find in Borrowdale, England that launched graphite pencils onto England and started an export business of pencils to the world which survives today. Tiffany mentions the Derwent Pencil Museum as one of her recommended resources to find out more about the history of writing instruments when Shakespeare was writing plays, and you can learn more about the company, the museum, and even buy some of their pencils to take home yourself all at their website here.
This is an example of the bread eraser Shakespeare might have used to erase his table book. This image was included inside one of the two Did Shakespeare episodes I have done on the writing instruments of William Shakespeare. These episodes explore the quill pen, the history of the graphite pencil, Borrowdale, the Keswick pencil company, as well as the shepherds who discovered the graphite they thought was lead which Tiffany shared with you in today's episode. You can watch those to learn more about quills and pencils, at these links. 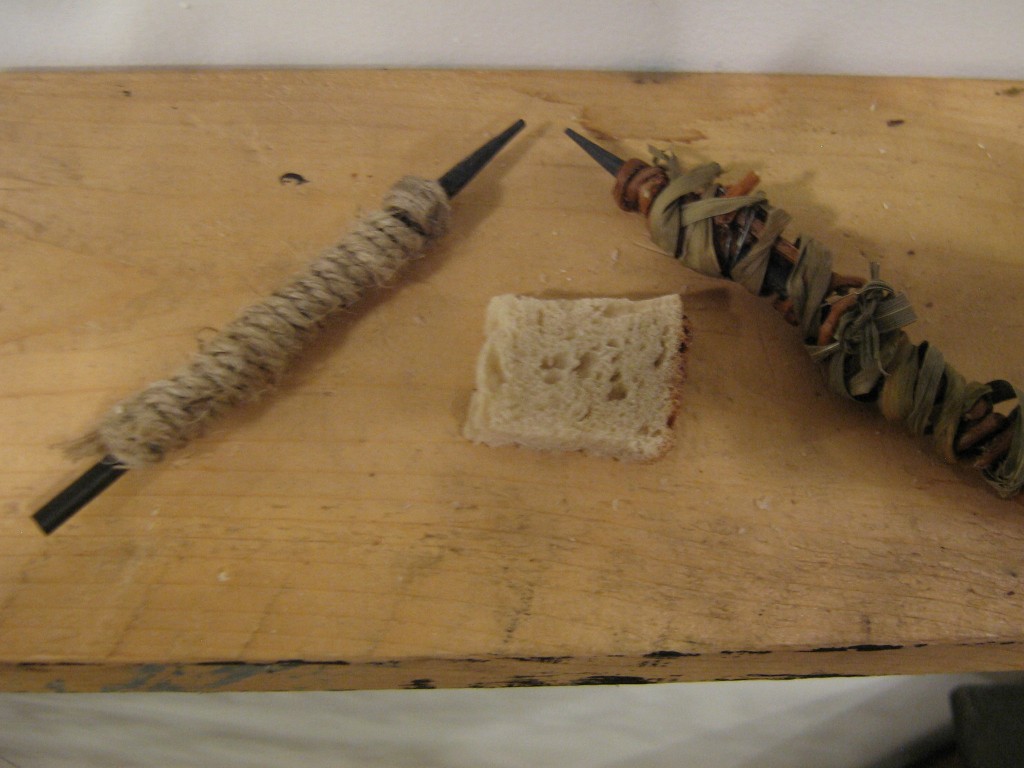 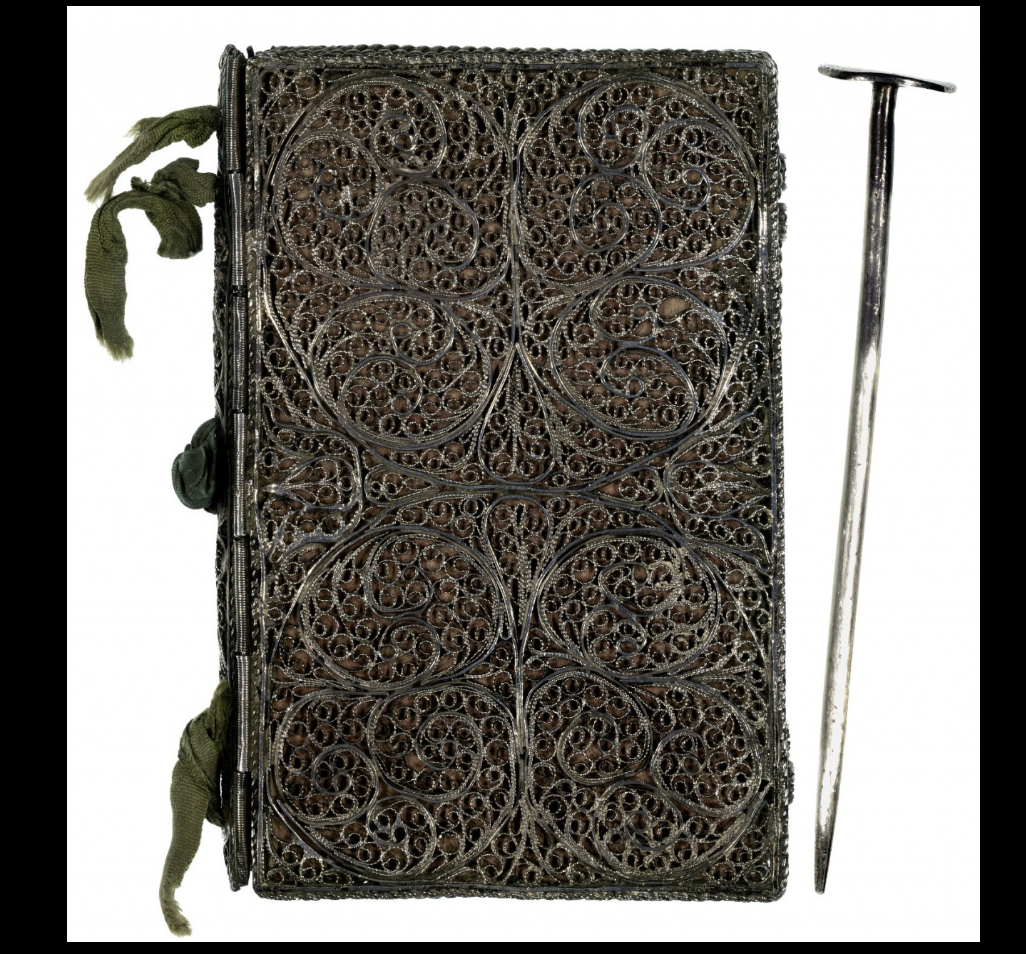 This is an example of a table book. These are the kinds of notebooks people in the 16-17th century would carry with them on which to take notes during a spoken oration or theater performance. It was an accepted, and expected, form of participation by the audience in a presentation. Though, as Tiffany mentions in today's episode, the love of such note-taking and subsequent spread of what could be inaccurate renderings of the production had a wide scale among performers. (Not everyone liked it!)

Read more about table books, and writing instruments during Shakespeare's lifetime here:
Folger Library: Technologies of Writing in the Age of Print

Never miss an episode with weekly newsletters delivered Monday and when you use this form to sign up, you can immediately download my calligraphy practice kit which includes guided practice sheets, a blank sheet so you can make up your own quotes, and an instructional video that shows you my technique for doing fake calligraphy when you don't have a quill pen handy. (Anyone can do it!) 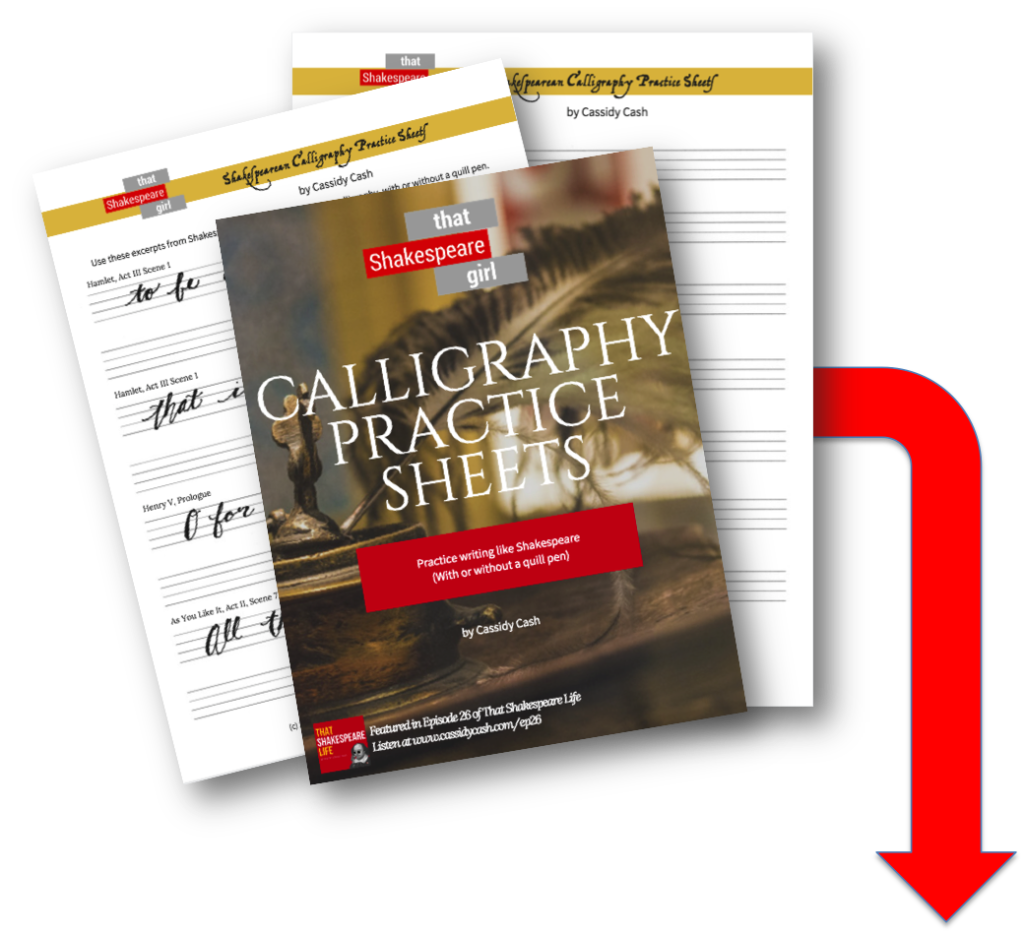