Ep 155: The Life of John Harington with Bob Cromwell 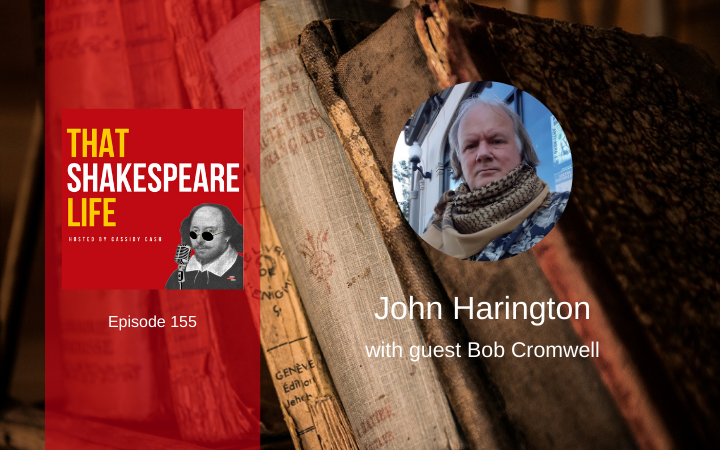 Welcome to Episode 155 of That Shakespeare Life, the show that takes you behind the curtain and into the real life and history of William Shakespeare.

This week is Part 2 in our 2 part series on John Harington, the man who invented the first flush toilet in England. Our guest, Bob Cromwell, is back again this week to take us back to 16th century England and explore the exciting life of John Harington beyond his invention of the flush toilet. Harington was known as a literary figure, primarily for his translation of Orlando Furioso, and was a godson to Elizabeth I as well as a courtier in the royal court. Harington’s destiny was set into motion by his father, who was imprisoned in the Tower of London alongside Elizabeth I. Harington the son would go on to tutor the son of James I during Shakespeare’s lifetime. Bob Cromwell is here to share with us some of the historical research that suggests the life of John Harington created such a splash in English society during Shakespeare’s lifetime that Shakespeare himself may have included references to Harington in his plays.

Watch the Video Version of the Podcast on YouTube! 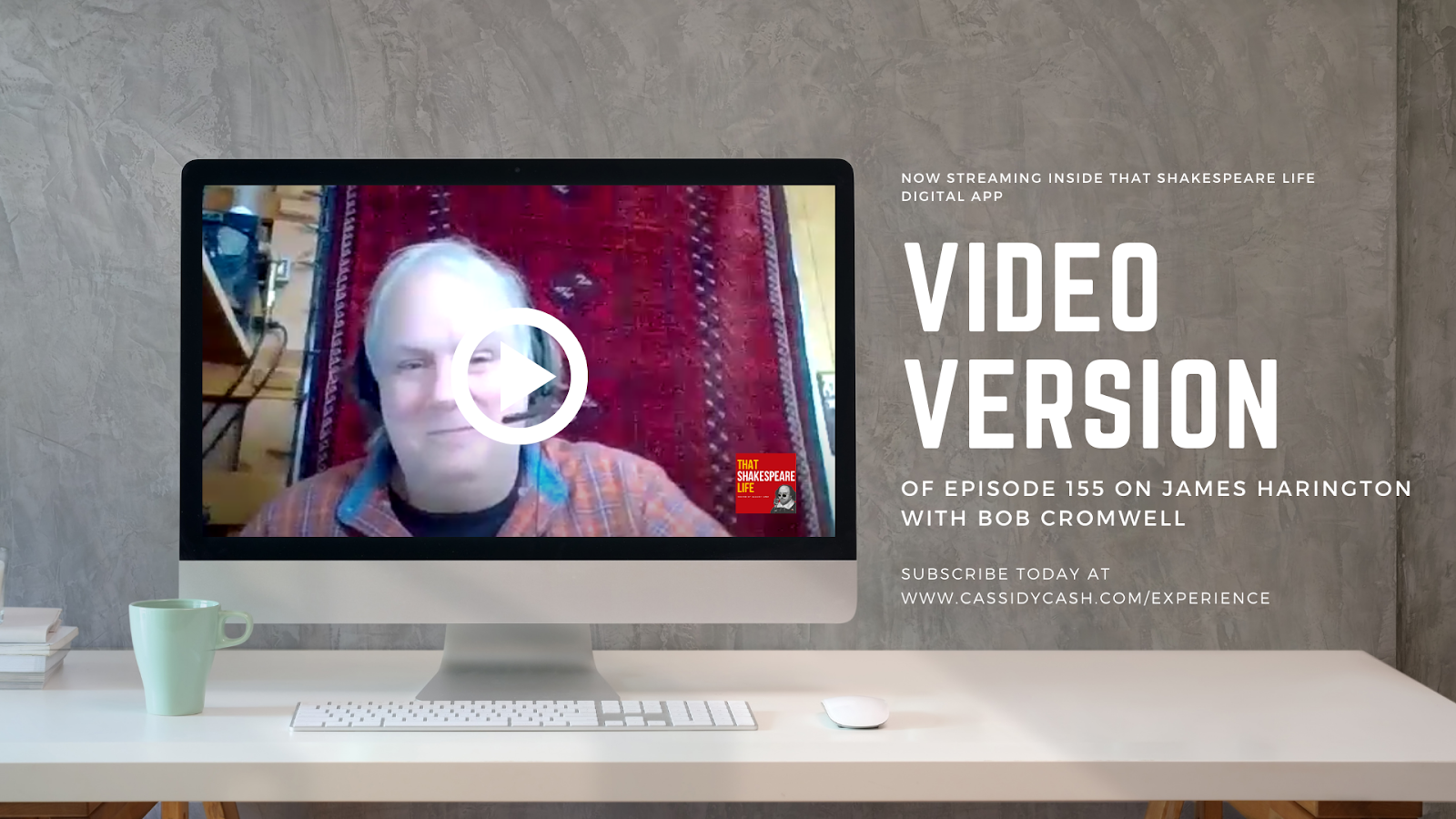 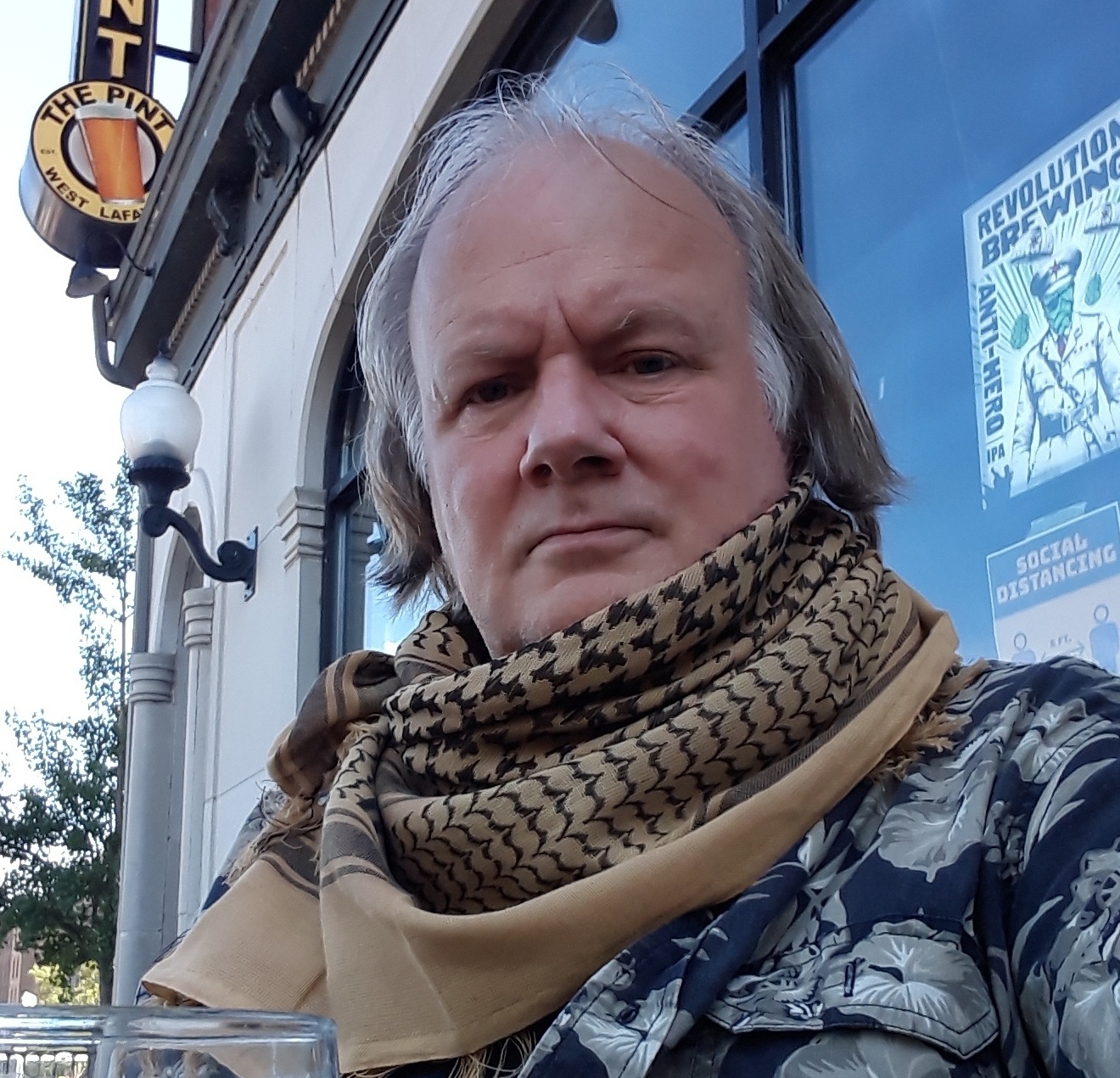 Bob Cromwell is the author of the article, The History of the Flush Toilet and lead historian at toilet-guru.com. Bob’s work has led him to document plumbing in 24 countries, through the Neolithic era to spacecraft and several writers and artists in addition to Shakespeare. Bob holds a PhD, and has worked as a consultant for the Folger Shakespeare Library. Find more about Bob in the show notes for today’s episode.

In this episode, I’ll be asking Bob Cromwell about :

Get the Complete History Guide for this Episode!

Subscribe to our email community and get a copy of the ebook, The First Flush Toilets in England, completely free. It includes archival images, paintings, resources about the the first flush toilets, and more!
Use this form to sign up and immediately download the ebook. 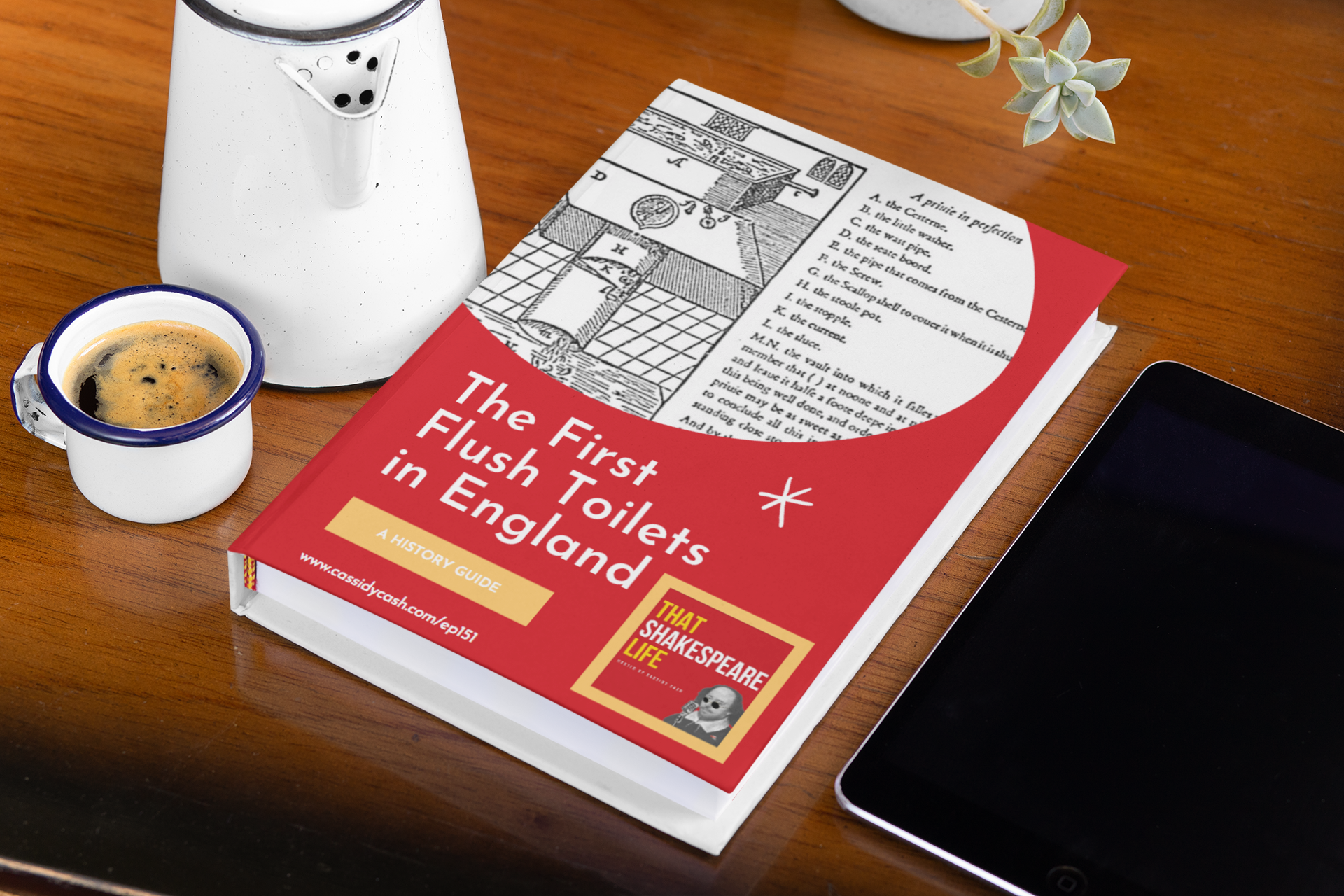 What, shall we toward the Tower? the day is spent. 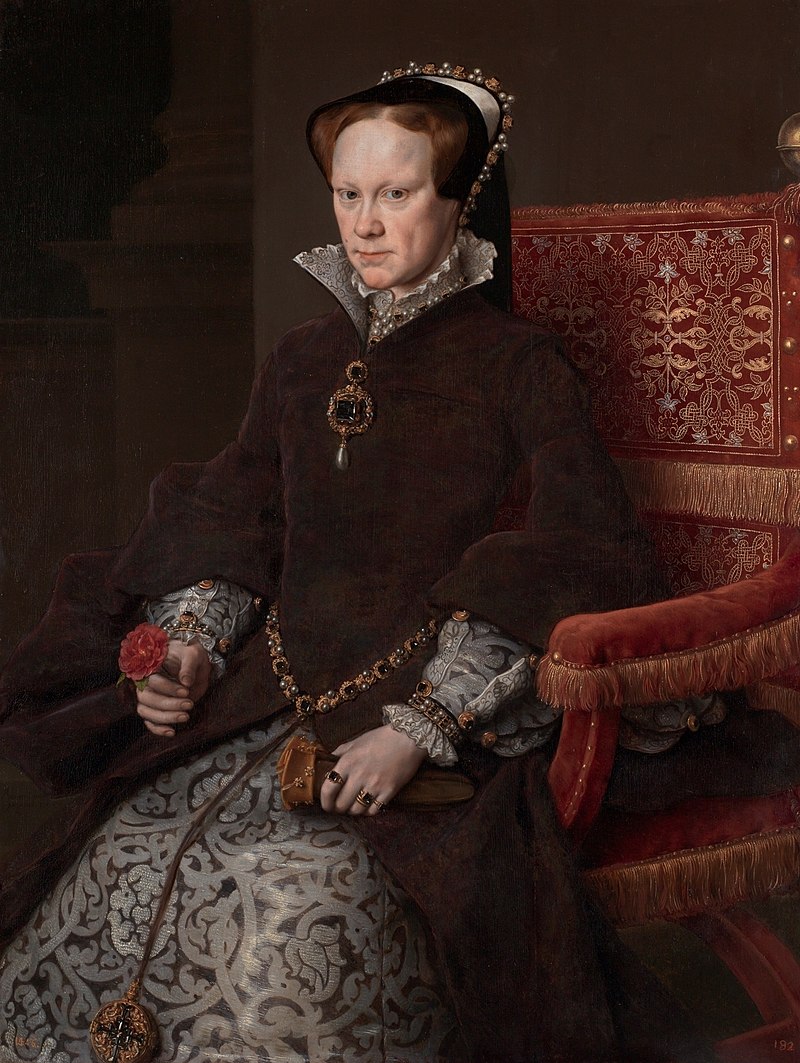 John Harington the father ended up in prison several times. Not because he was directly suspected, but some of his associations were suspected of conspiring against Mary. His name was mentioned in complicated letters.

While Harington was imprisoned, Mary sent then Princess Elizabeth (future Elizabeth I) to the Tower of London. Harington, the father, was in love with one of Elizabeth’s ladies in waiting, that accompanied Elizabeth to the tower. 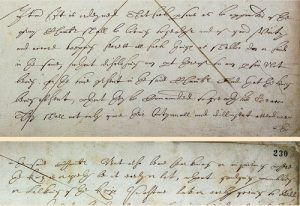 You could get out of prison by knowing the right people. He got himself out through connections. Elizabeth I was only there for about 3 months, but their time did overlap. Sometime after that, he was excused from the Tower. Elizabeth was put on house arrest, and then she was put back to life as normal in a palace. John Harinton was visiting “to pay tribute” to the princess, and he wrote sonnets to one of the ladies in waiting which survive today. So he was really visiting the lady in waiting. (one of which was still his wife at this time). 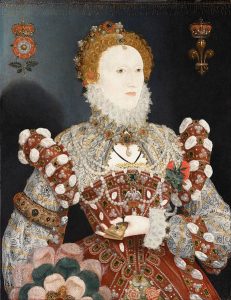 Visiting Princess Elizabeth and getting to know her through her lady in waiting established a foundation for his son’s future role as Elizabeth’s godson.

A huge translation of hypocrisy, 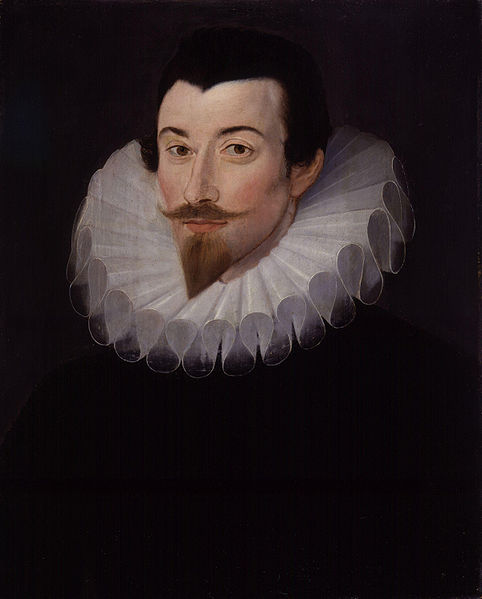 After John Harington’s father (the one who had been locked in the Tower) died, the young John Harington established a life at court.

Skilled in Italian and Latin. He was in the court, he had grown up as a member of QUeen Elizabeth’s court, accepted him as a godchild when he was born, his parents had been a member of her court all along. 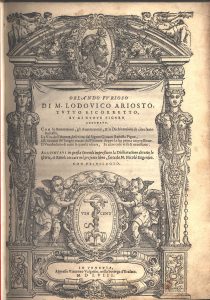 Harington has a reputation for circulating saucy poetry amongst the royal court, and at one point came under Elizabeth’s rebuke for his particularly racy poems. As punishment, she “sentenced” him to translate Orlando Furioso, an Italian poem that was known for containing risque content.

Orlando Furioso is a huge epic poem, longest poems in European literature. It was from Italy, very different culture than in England. Considered a racy/risque poem. Harington took some of the particularly risque lines and translated that, but he gave it to some of Elizabeth’s ladies in waiting. They were passing it around, and being embarrassed, outraged, and giggling, then wanting it back to read again. Elizabeth found out about this happening, and she felt she needed to correct this behavior from a leadership perspective. She rebuked Harington for his translation and “sentenced” him to translate the entire poem. Go away, let everyone cool off, then come back and we’ll start over. He was gone for quite a while, describing this time as “Well over a year” which could have been two or three years. All at once, he shows back up at court, and not only does he have an entire translation completed.

Harington’s translation was not only completed, but he took the time to make sure it was presented well at court. 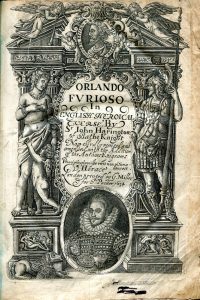 He has it bound in a beautiful printing. People who are very academic would have just brought back the translation, so he was seen with a side eye over how he had taken the time to have it bound and illustrated properly, which was rarely done. 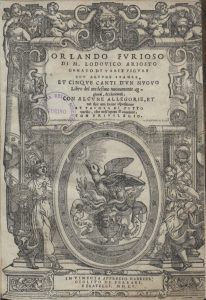 Harington was definitely being intentional about standing out from the crowd, and going that extra mile to impress Elizabeth. Bob explains,

Part of that was his perspective that he was going to be able to get patrons with the work. He dedicated it to Elizabeth, but he knew wealthy and powerful people would get copies. It was a success, and it was reprinted up until the 1960s. 1590-1960s, so definitely a good investment on Harington’s part. 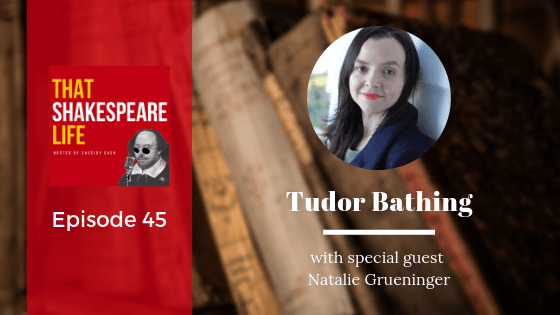 I will tread this unbolted villain into

mortar and daub the walls of a jakes with him 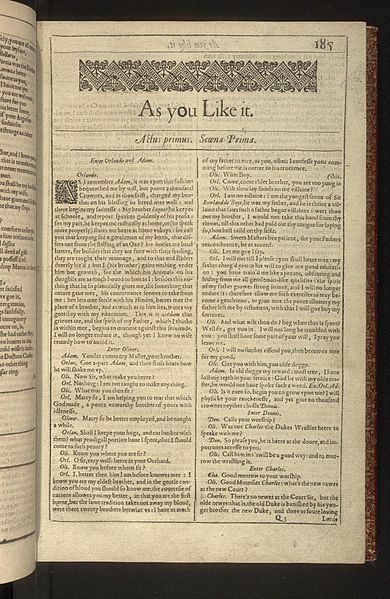 In Shakespeare’s Love’s Labours’s Lost and Troilus and Cressida, we see a pun on “a jakes” which is a reference to the Metamorphosis of Ajax that Harington wrote in 1596, just a few years before these plays were written. Bob’s research into Shakespeare’s plays suggest at least one historical perspective that posits the characters Jaques and Orlando in Shakespeare’s As You Like It can be read as commentary on the episode with Harington and the “A jakes” he invented in 1596.

There’s a theory and arguments out there about the play As you Like It, with a couple of characters that might refer to Harington. The first big thing he did is Orlando Furioso, translated to English is Roland, but Orlando Furioso is the name of the work he translated. People were calling Harington “Sir Jakes Harington” for his flush toilet design. There’s a character in As you LIke It called Orlando. 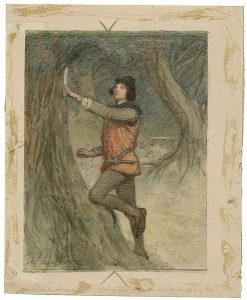 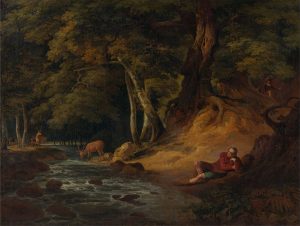 If you look at Shakespeare’s play, As You Like It, two major characters are Orlando (Admirable young hero) and Jaques (Cynical guy), that’s the two major aspects of John Harington. The mix of academic with Jaques/Ajax/A Jakes all of them pronounced the same, as the oddball, cynical character, could be argued that Shakespeare was writing about Harington or at least referring to this popular event of the time.

Using this episode for a lesson in your class? 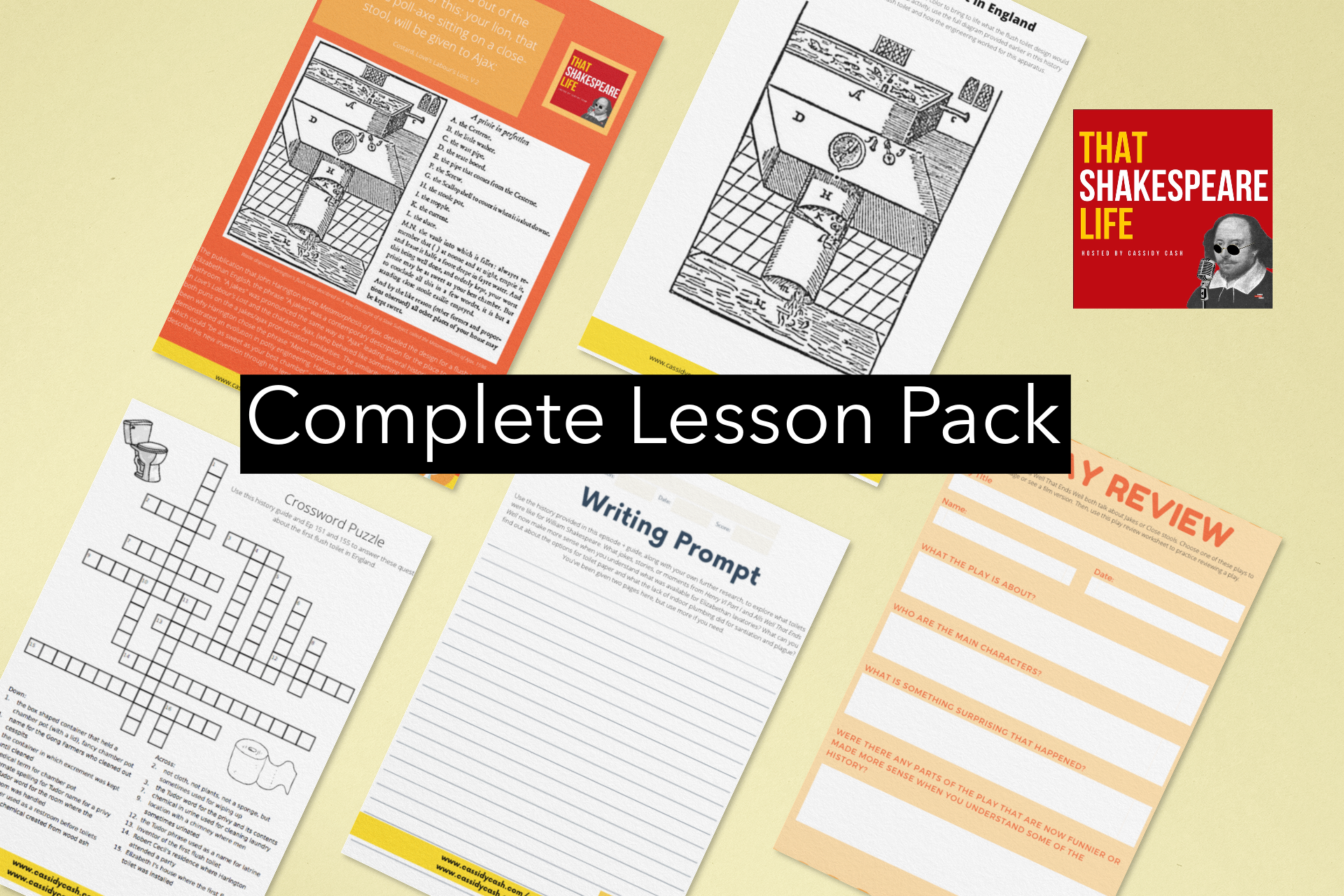 You come with letters against the King, and

take Vanity the puppet's part against the royalty of her father. 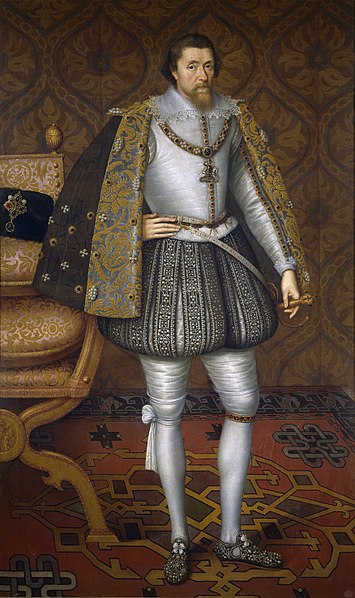 Harington Endears Himself to James I

As Elizabeth is nearing the end of her life, Harington starts writing translations that will appeal to King James, and sending copies of his work to the King along with elaborate gifts. One gift was a specific lantern that was adorned with poetry that would please the King. Sending a lantern might seem rather odd, or even beneath a King, until you realize how elaborate lanterns could be for the 16th century, as you can see in this example: 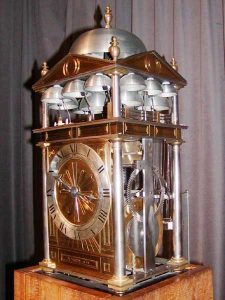 1598 Lantern, showing how ornate lanterns could be | Image used under CCBYA3.0 | Image Source

Harington’s flush toilet invention was not hugely popular in England at the time, but of the three we know he made, one was in Harington’s home, one was at Elizabeth’s Richmond Palace, and the third was at the home of Robert Cecil. 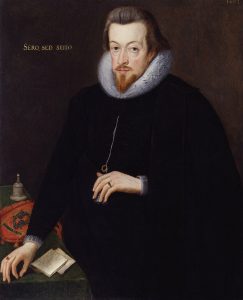 Cecil’s home, called Theobald Palace, was a stopping point for James I when he came to England from Scotland. It is highly likely he would have seen Harington’s invention and heard about Harington from Cecil. From May to July while James was at Cecil’s estate, Harington found himself again wrapped up in a conspiracy plot where he ended up having to pay a significant fine for his relative on his mother’s side, Markham. (Markham is Harington’s mother’s maiden name and the family connection there is why Harington ended up responsible for the fine.)

Harington’s letters kept an account of the event at Cecil’s estate, which Harington attended as a member of the royal court. Visiting King James and his brother in law, King Christian of Denmark, held a rousing event at Theobald Palace that included a drunken play, vomiting courtiers, and alcoholic debauchery that shocked and dismayed many of the courtiers themselves.

Both King Christian and King James were heavy drinkers, and their courtiers had trouble even keeping up. By the time they started this masque, the players cannot remember their lines and some of them cannot stand upright anymore, because they are so imbibed. 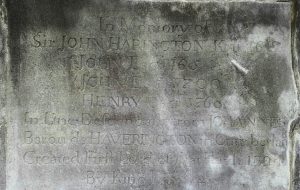 While we aren’t sure what killed John Harington, in the end, we know he died at age 52 (same age as Shakespeare), and he is buried in a small village called Kelston. His grave is at St. Nicholas’ Churchyard in Somerset, England. (See the grave online here.)