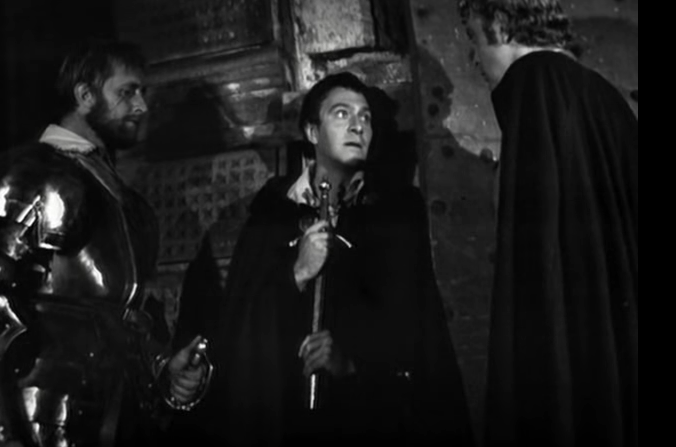 Other YouTube versions of Hamlet that are notable, but not stage performances:

Oregon Shakespeare Festival did a 1954 production of Hamlet and this YouTube compilation is the entire audio of that production overlayed onto the last remaining productions photographs from that performance.

Richard Burton’s Hamlet | In this production, the language is king. Richard Burton trained himself to speak in a very specific style and it shines in this production. The video quality is not fantastic, but this video is a great example of the power of Shakespeare’s language.