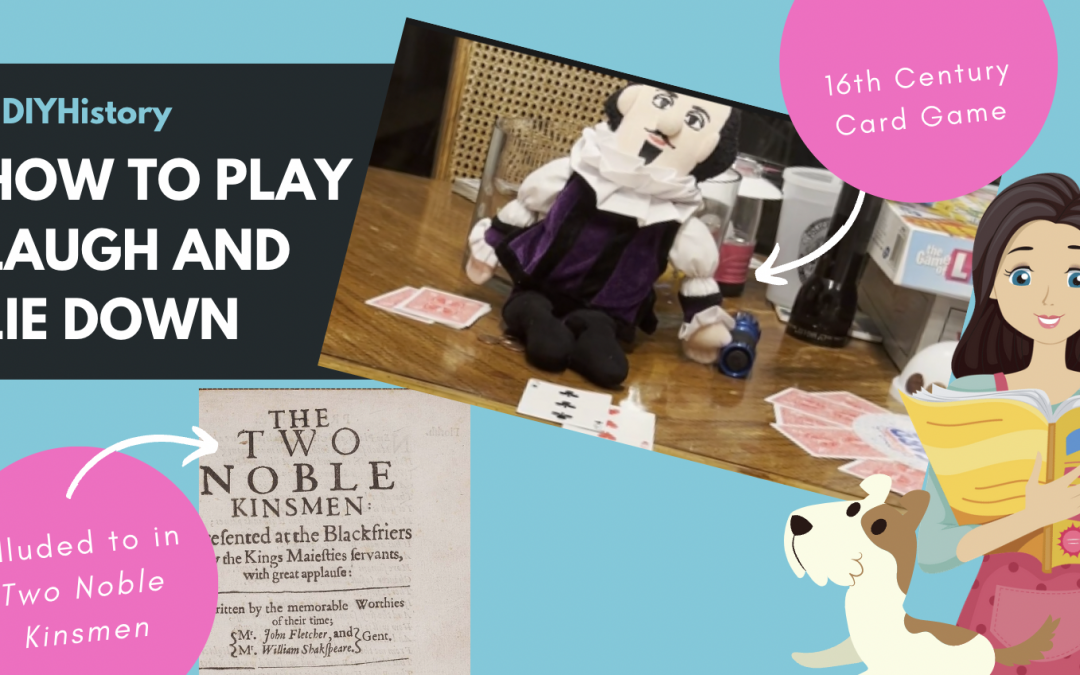 What you'll need for Laugh and Lie Down:

How to Play Laugh and Lie Down:

Important Points about Laugh and Lie Down

If a player lays down a set of pairs and you're holding the other set of two cards, you can play them as played cards for yourself at any point in the game without needing to play a card from the table set because there's no other way to play them.

Counting Points (Known as “The Payoff”)

At the end, whoever was last gets 5 pence from the pot. Then you payout the coins to the players.

If you capture less than 8 cards, you pay one pence to the pot for every pair of cards you won short of the original 8 you were dealt. (For example, in our game Shakespeare won two pairs, or 4 cards. That's 2 pairs short of 8 cards, so he pays 2 pence at the end of the game).

If you have more than 8 cards in your “won” pile, you get PAID one pence for each pair above 8 that you have from the pot. Example: In this game, I won 8 pairs of cards, which was 16 cards. That's 4 pairs over the original 8 I was dealt, so I win 4 pence from the pot.)

And that's how you play Laugh and Lie Down! Let us know in the comments if you play this game and what you think about it.