My official review of Opera Birmingham’s Romeo and Juliet 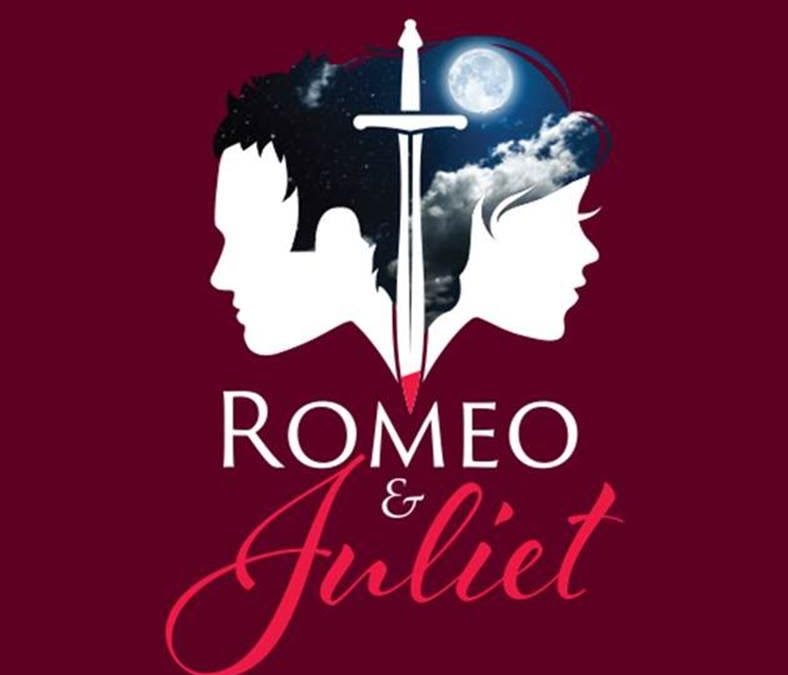 Last week I went to my first opera. It was Opera Birmingham’s production of William Shakespeare’s Romeo and Juliet. Here’s my review of that performance.

As the lights went down in the theater and the production began, I was a little overwhelmed at how everything is in verse. As a first time opera goer, this was my first experience with a completely musical production, so that was an adjustment at first. After I settled into the format, it was entertaining. It was interesting to see how much drama goes into the singing. The brief version of official review is that the opera was a great introduction to opera, many performances were well done, and I had a good time at the theater. However, it was not Shakespeare.

Here are some pictures from the production. These are not my images and come from Cris Frisco, a conductor working with Opera Birmingham on this production. I’m embedding his pictures here because there was a strict no-photos rule at the performance itself, I like Keith Hughes, the General Director at Opera Birmingham and I want him to continue being friends with me, so just to be clear: I didn’t take these and I’m giving credit where it’s due. 🙂

If that’s not enough of a review for you, here are a few key points that are worth noting.

The Language
You’ve heard of “lost in translation?” Well, Shakespeare is no exception. One of William Shakespeare’s greatest strengths and iconic examples for us as writers today is his intense mastery of the English language. The jokes hidden in then double meanings, the slide of hand he was able to accomplish through certain phrases unique to English, and the general depth of the story are all compromised by the play being translated. I’ve read of stories of Shakespeare being done in French that remain true to the story itself and those critics claimed the productions done in French did Shakespeare justice even when going outside of the original English. So I’ll concede the possibility that translating Shakespeare can still be Shakespeare. However, in this production, they did not stay true to Shakespeare and their translation to French significantly altered the depth of language we expect from Shakespeare. Throughout the performance, it was clear how important and powerful Shakespeare’s language is to the story itself and to the iconic human elements of emotion, passion, and tragedy that the original Shakespearean language brings to the stage. It isn’t enough to tell a story of star crossed lovers. Shakespeare’s artistry was in the words themselves. That element was severely and grossly missing from this production which not only translated the words into French (and that requires some semantic and cultural shifts in the first place) but much of the story was truncated to fit into verse and musical format. All in all, while the performance was based on Shakespeare, I can’t say this production was an example of Shakespeare. It was a well done re-telling of an old story using operatic talent, but the only Shakespeare you’ll see here is Shakespeare’s name to draw in audiences.

They didn’t include all of the scenes from the play, Romeo and Juliet. That may seem obvious, but they left out some of the scenes. Staged productions of Romeo and Juliet done “the real Shakespearean way” will often do this omitting as well, so it’s not off-par for theater, it’s just notable if you’re a die hard fan. Which, I am.

The play ended right after R&J died. Immediately. They die, and the play is over. Oh, my, this bothered me. I feel like the moral climax of the play is when the Prince comes out and scolds both families for driving their youth to such tragedy and that was completely missing. Oh, my.

This is actually rather original practice of them, but the props were not elaborate. Sets were made specifically so that it was easily adapted to different scenes without having to move many heavy objects. They did scene changes under a “faux curtain” meaning they darkened the stage, arranged the props, and then lit the stage when it was time for the action. The audience watched the scene changes take place. To me, that helps the audience not lose interest while you’re rearranging things and in a practical sense helps lessen the need to pay stage hands.

BIG PET PEEVE. Romeo and Juliet were children. They made childish decisions because they were children. It annoys me to no end when adults play the role of R&J. It wasn’t adults acting childishly, it was children behaving the way children do. The entire role of innocence, rash emotion, and the power of youthful passion is just misconstrued and re-contextualized when it’s adults playing the role. Plus, in this production, Juliet was way older than 14. She looked well into her 40s and that was hard to take. Plus, Romeo was a full head taller than almost everyone else in the cast with a strong, broad chested build. He was a man’s man, and not at all a young teenager.

Mercutio was by far the best singer in the production. I feel like just for the sake of strength, he ought to have played Romeo. His build was slighter, he’d of passed for a teenager easier, and the strongest singer would have been a main role.

There were several characters who were background characters that were obviously not used to being on stage. They were chorus singers and they weren’t used to being dramatic on stage. They stood still in their spot and sang. They weren’t comfortable with motion or blending in to become part of the set. A few people, like Colin Fricker, were background members that were a joy to watch because they were just so excited to be there. He’s a deli clerk at Publix who participates in his spare time in a Birmingham based chorus group that performed along with Opera Birmingham as background singers for this production. He gave a great performance and was active on social media promoting the production. He is very fun.

We’ve discussed on the blog before how rapier and dagger was the preferred gentleman’s weapon during Shakespeare’s lifetime. It did appear that they used a rapier on stage for many of the dueling fights. However, Romeo carried a dagger and instead of fighting with both during his big duel scene, he put down the dagger to fight instead with the rapier and that was historically inaccurate to the time period (but could just be Romeo’s personality, I guess, so you know: Director’s choice.)

They did have the swept hilts which cover the hand, and that’s accurate.

The characters wore high boots and vests, neither of which were popular until much later in the century. They should have worn doublets.The high, fold-over, musketeer type boots weren’t created until 1622, so the musketeer type boot didn’t come into it’s own until after Shakespeare’s lifetime, and certainly not when Romeo and Juliet would be staged.

No one wore the collared ruffs that were popular in Shakespeare’s time. That was disappointing.

They sold carrots and tomatoes in the market scene (which was confusing. Why were we in a market?) and Elizabethans didn’t eat tomatoes. They thought they were poisonous. They did eat carrots, though, but I think most people grew them in kitchen gardens and did not purchase them often from produce markets.
Opening Night Jitters

They had one costume error when The Prince’s hat fell off (he also played Friar Laurence and he kept his Friar garb on under the Prince’s hat, which was revealed when the hat fell off. He handled it expertly. Smoothly and it went well.
MISC notes
There were many moments of paraphrasing, as to be expected when translating the language from one to another.

R&J get a little active in bed
The play was NOT for small kids or even young teenagers. The bed scene was a little saucy.
I laughed out loud at the balcony scene because they really almost said “Where are you, Romeo?” Which if you follow me at all, wherefore means Why, not “where are you?” and that’s another pet peeve.
Romeo and Juliet did a lot more kissing in the opera than I have ever seen staged in a theatrical version of this play.

Lastly, I enjoyed how they nodded to references from Shakespeare’s production like including Queen Mab, the lark/nightingale, and parting is such sweet sorrow.

I have a great respect for opera as a genre after seeing this production and I enjoyed the opera. However, the great level of creative license they took with the play itself, along with the deviation from original practice, and deviation even from historically accurate context, means that seeing this play is an entertaining exhibition of great operatic talents without being an experience of Shakespeare at all. So while I did enjoy getting to experience opera, I’ll concede that borrowing a popular story to retell it as your own is very Shakespeare-like, and the experience was completely worth the cost of a night out, I was disappointed that it was not the Shakespeare experience I had expected.

Interested in a REAL Shakespearean experience? Come walk in the footsteps of William Shakespeare himself when we travel to Stratford Upon Avon and London in September 2019. As one traveller put it, “It’s better to see something once than to hear about it a thousand times.” For all of the thousands of times we’ve talked about Shakespeare’s birthplace, the Holy Trinity Church where Shakespeare is buried, and the famous garden where they found the smoking pipes, you can finally stop talking and start experiencing the real William Shakespeare when you travel with us in 2019. Learn more (And download a free brochure) here.