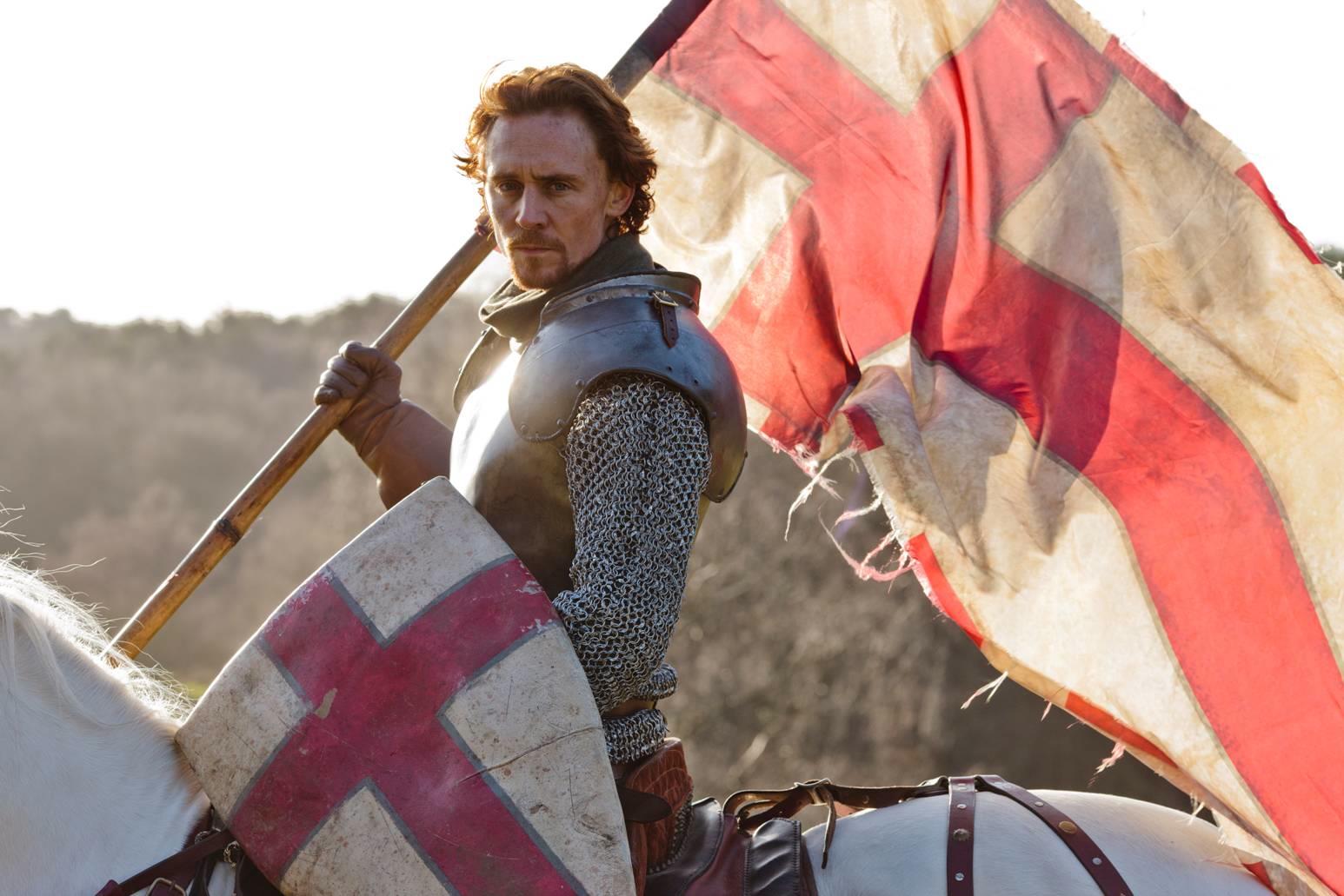 “Although Shakespeare penned this work nearly two hundred years after the Battle of Agincourt (1415), it remains the finest dramatic interpretation of what leadership meant to the men in the Middle Ages.”

If you haven’t read Henry V, make picking it up your plans for this weekend. or one lazy night this week. Thunderstorms are moving in here in my area tonight and tomorrow. I intend to find myself a good place to snuggle up with a copy of this play and a perfect cup of coffee. Maybe that’s not your speed- well, kick back on the beach, or grab a few minutes before you sleep, do whatever floats your boat, but pick up a copy and get to it. It’s incredible. Check out this speech from the play. It’s famously called “St. Crispen’s Day Speech”

Enter the KING
WESTMORELAND. O that we now had here
But one ten thousand of those men in England
That do no work to-day!

KING. What’s he that wishes so?
My cousin Westmoreland? No, my fair cousin;
If we are mark’d to die, we are enow
To do our country loss; and if to live,
The fewer men, the greater share of honour.
God’s will! I pray thee, wish not one man more.
By Jove, I am not covetous for gold,
Nor care I who doth feed upon my cost;
It yearns me not if men my garments wear;
Such outward things dwell not in my desires.
But if it be a sin to covet honour,
I am the most offending soul alive.
No, faith, my coz, wish not a man from England.
God’s peace! I would not lose so great an honour
As one man more methinks would share from me
For the best hope I have. O, do not wish one more!
Rather proclaim it, Westmoreland, through my host,
That he which hath no stomach to this fight,
Let him depart; his passport shall be made,
And crowns for convoy put into his purse;
We would not die in that man’s company
That fears his fellowship to die with us.
This day is call’d the feast of Crispian.
He that outlives this day, and comes safe home,
Will stand a tip-toe when this day is nam’d,
And rouse him at the name of Crispian.
He that shall live this day, and see old age,
Will yearly on the vigil feast his neighbours,
And say ‘To-morrow is Saint Crispian.’
Then will he strip his sleeve and show his scars,
And say ‘These wounds I had on Crispian’s day.’
Old men forget; yet all shall be forgot,
But he’ll remember, with advantages,
What feats he did that day. Then shall our names,
Familiar in his mouth as household words-
Harry the King, Bedford and Exeter,
Warwick and Talbot, Salisbury and Gloucester-
Be in their flowing cups freshly rememb’red.
This story shall the good man teach his son;
And Crispin Crispian shall ne’er go by,
From this day to the ending of the world,
But we in it shall be remembered-
We few, we happy few, we band of brothers;
For he to-day that sheds his blood with me
Shall be my brother; be he ne’er so vile,
This day shall gentle his condition;
And gentlemen in England now-a-bed
Shall think themselves accurs’d they were not here,
And hold their manhoods cheap whiles any speaks
That fought with us upon Saint Crispin’s day.

Wow. Isn’t that powerful? It makes anyone reading it want to flex their biceps and growl at the enemy! Grrr!!! Let’s all go fight the French!!!

This play is based on the Battle of Agincourt (1415). The work is obviously fictional, but it represents a great demonstration of what great leaders do to motivate their team.

Let’s go through these one at a time

No one likes to be lead by a leader that cannot look at the reality of a bad situation. The first step towards motivating a team is to state for them that you recognize the risks they are facing. The problems are real, the issues are real, you care about those things, and you have a plan.  He saysIf we are mark’d to die, we are enow/ To do our country loss; and if to live, / The fewer men, the greater share of honour.” Basically: I know we could die, but here’s why I think we should go forward anyway.

2.Call them to a greater purpose

No one likes busy work. When you’re motivating a team, you have to show them why the work they are doing matters. Henry V calls his troops to pursue honor, consider themselves less than men if they don’t fight this battle. He shows them the kind of people they will be called, remembered as, and become if they make these choices. The idea of your choices defining the person is a great rallying cry. At a company, or as a startup, you might show your people how many people are being helped by this work, how innovative the idea you’re working on is, and how cool it’s going to be to become of the people who was there at the beginning. Your situation will vary, but you want to take time to identify the big picture, the why, and the purpose of the hard work ahead.

3. Identify how the obstacles/deficiencies are either overcome-able, or don’t matter.

In Henry’s case, he was understaffed. He didn’t have enough people to fight a big battle. The people he did have were tired, injured, and many were sick with dysentery. They were under armed, lacking the right resources to do the battle “right”. He goes through and says all of these things, then shows them exactly why he thinks–if they will only be willing to try hard–that the battle can be won anyway. This is kind of like addressing the risks, but instead of focusing on the potential bad outcomes, you’re specifically looking at the individual objections that your team will bring up. At a startup up, you might hear things like “We don’t have enough money.” “We don’t have an office.” or basically, anything that comes after “We don’t have…” You’ll notice from Henry’s speech, he doesn’t actually address dysentery pointedly because he doesn’t have to. He just says “I know we don’t have everything we need, but here’s why that’s ok.” Way to cover all the bases there, your highness.

4. Outline how much the victory is possible, if they will just work hard.

Any victory is only won by the hard work of the fighters combined with the grace of God. That’s true in battle, but also in other leadership situations. Whenever you are overcoming something difficult, you have to motivate your team to give their best effort. To do that, you have to show them that failure is not the expectation. Think about it like motivating someone to work out. If you’ll sweat a little more, while that’s hard, it’s ok because you can get this body you have always dreamed about. That motivates people to try harder, because a goal they want is in sight. A better analogy might be to climb a big mountain. You probably wouldn’t start climbing if you couldn’t already see the top from the base. As a leader, you have to outline the top for your team so they can see it and be motivated to climb.

Henry starts out by saying “there’s only a few of us, so there’s more honor to go around” (that’s my paraphrase). But then towards the end of his speech, he’s telling them about how not every man is strong enough, brave enough, made of the right metal, to get this kind of job done and done well. But he believes they are. He believes they are the best, the only ones he would want to attempt this task alongside. In short, he tells them that as a leader, he believes in his team. He knows them personally, and he values their unique talents in this situation. He calls them to fulfill what he believes they are capable of producing. They’ll have to dig down deep to find it, but he knows it’s there.

Like any good entrepreneur, Shakespeare knew his audience and his audience loved and respected great leadership. So to appeal to them in this play, his characters demonstrated the great skill his audience would resonate with. And isn’t that fantastic? because now we can read about it and learn these great lessons.

Just when you thought Shakespeare was all catchy phrases and one liners. 🙂

Forbes magazine recently wrote an article on how leaders are readers. You know what they read? They read voraciously in two main categories (studies of some sort were done to determine this). The first category is business and productivity. The second category is classic literature. Hopefully after this brief overview of one speech from Henry V, you can see why.

There are many lessons to be learned from classic literature. After all, it’s classic for a reason. It stands the test of time. If you want to develop the kind of leadership that lasts, consider adding Henry V to your reading list this summer.

Just for fun, If you want to check out a demonstration of how the speech would have gone over when it was performed live at The Globe, here’s a youtube video of the current popular actor, Tom Hiddleston, giving the St. Crispen’s Day speech. I’m American and this speech makes me want to join the British. Phew. Chills every time.

Where do you do most of your reading? What’s on your desk right now? Send me some good recommendations in the comments. I’m always looking for a good book.

Have you watched all of Shakespeare's plays?

The Groundlings Newsletter contains the latest updates and free stuff exclusively for subscribers. Sign up now and I'll send you a free welcome gift.