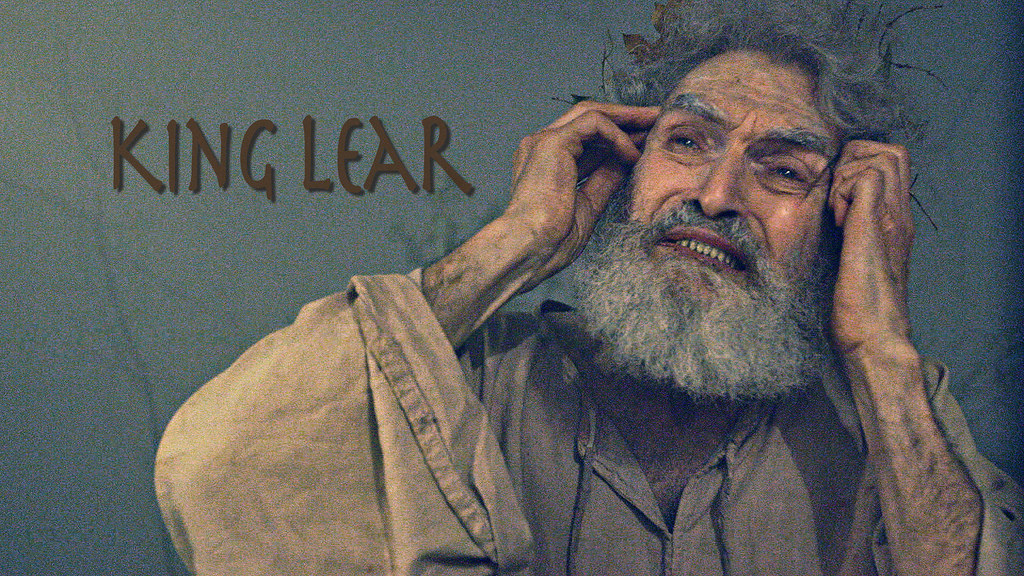 Alexander Barnett’s King Lear functions as a great example of how the techniques that work well on a theater stage do not always translate to the big screen. One aspect that stuck out to me as obviously missing was music. There is no soundtrack to this film at all. Not only does the absence of music severely slow down an already extremely long movie, but historically speaking, even Shakespeare used music in his plays. Which means when you adapt Shakespeare to film and you want to omit essential elements, like music, you need to compensate for that somehow, which this film does not. For the bard, and for the modern day filmgoer, a film soundtrack is essential and at least some kind of accompaniment would have been useful to help move along the plot of this already very long story. You can get away with extreme length in the theater, in part because the audience there is more accepting of that format, and also because of the  welcome intermission provided. When you bring that length onto film, you either have to keep the pace up so that the audience member never stops to realize that the time has passed in the first place, or you have to edit it down to a two hour format. Otherwise, you’re taxing the patience of even a staunch Shakespearean.

The film uses minimal sets and backgrounds and is incredibly dark. I actually had to adjust the settings on my screen just to watch it. If we were in a theater, these conventions would be welcome. As a compliment, these conventions are historically accurate since William Shakespeare had minimal sets and backgrounds as well. However, on screen it just makes it look like the film had a low budget, and a really bad lighting guy. What is supposed to be a grand throne room ends up looking like a really crowded dungeon, with all the characters rather crammed in there and multiple characters are visible in most shots except the close up shots. This constant switching between a medium shot and a closeup makes the feature of the aside complicated on film. The aside is a strong feature of Shakespearean plays when used correctly, and in Barnett’s version it ends up looking like the characters are just talking to themselves. Perhaps portrayal of rampant insanity was the intent? Barnett seems to compensate for the minimal sets by shooting what amounted to entirely too many closeup shots. The use of close ups might have worked except the dramatic effect of a pause and staring at someone’s face only works if the actor knows how to utilize small facial movements to reflect emotional conflict on screen and if the director uses music to heighten the drama in that moment. Neither of these devices were used in an impressive way here. In fact, in one scene where Lear prays to God that he does not want to lose his mind, I felt like it was intended to be an amazingly emotional scene which foreshadowed the drama which was to unfold later, but instead it was just a long, awkward, pause. Additionally, the choice of putting what looked like a metal window blind behind them made it look as if the characters had stepped into a dungeon for some unknown reason, and that was never explained. 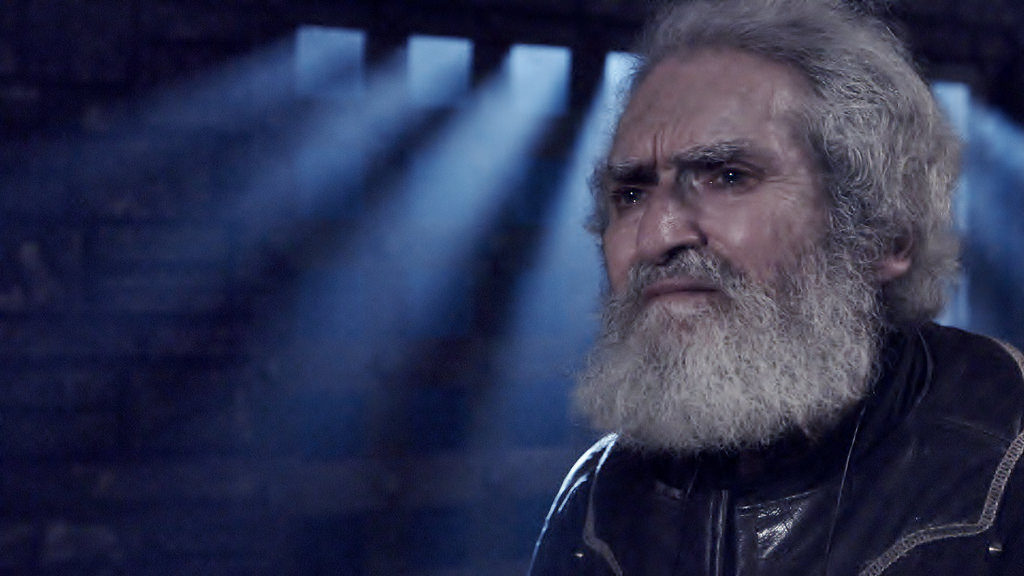 The shots with the lightning and snow storms were cleverly done, but poorly executed. The scenes rely very heavily on the dialogue of the characters. Barnett chose to use original text in this version, which is difficult to follow on screen since Shakespeare’s iambic pentameter was designed for a theater. Combine that feature with heavy accents and powerful scenes relying on dialogue are hard to follow.

Alexander Barnett has a very heavy New York Jewish accent which taken by itself is really cool, quite unique, and a strength for Barnett as an actor. However, to use it for King Lear was a bad choice. The accent muddles the language of Shakespeare and is overall very distracting. Instead of portraying a conflicted old man who leaves you questioning whether he is losing sanity (or ever had it to start with), you really expect him to break out into a song from Fiddler on the Roof. If I was not aware that Barnett playing the title role, I would think this particular actor walked off the set of Merchant of Venice where he was the starring character of that film, without so much as stopping into wardrobe to change costumes. Yes, his accent was that distracting.

I do not remember anyone in this film using a British accent at all. If this were a modern adaptation of Lear, using a menagerie of accents would artistically make sense, but in all other aspects, this version of King Lear seemed to be an attempt at bringing Shakespeare’s original play onto film. As such, I find it hard to believe anything but a British accent of some variety would be chosen. Further blurring the line between adaptation and recreation is that Lear never wears a crown. Even when he makes his grand entrance at the beginning, accompanied by the trumpet flourish, the King of England has no crown and is indiscernible in terms of rank from the rest of the people in the throne room. At first I assumed the director was trying to deliberately bring Lear down to the level of peasants and blur the line between leadership and servant in some existential bid to question the power of royalty. However, as the play progresses, what you see is a real absence of fear of Lear on the part of the other characters. When Lear rants or gets explosive, it’s hard to feel the conflict. As an audience member, it was too easy to dismiss Lear as a dim witted old man instead of the King of the realm struggling with sanity.

From the accents, to the lack of music, combined with the really crammed up actors and scenery, I just found myself disappointed with this production of King Lear. This play is one of Shakespeare’s strongest, but sticking purely to the text will not produce the same effect. Barnett’s version shows a real passion for Shakespeare and for Lear in particular, but the final result was disappointing. I remain impressed with Barnett’s other Lear-inspired film, I Did Her Wrong but of course, in that version of Lear, the accent works for him. After that film, to watch this version of Lear was a let down. The film moves very slow, loses some of the essential emotional quality in the bouncy nature of the cinematography followed by a lack of music, and overall I do not feel I can recommend you watch it. There are too many other far better productions of Lear on film I would point you towards instead. While this particular version of King Lear falls short, I can encourage you to check out Barnett’s work in general, particularly the film I Did Her Wrong, which is a much stronger representation of what Barnett is capable of doing with Shakespeare than is this film adaptation of Shakespeare’s King Lear.

For more information on I Did Her Wrong, visit the website here.

All images are stills sourced from the film’s website.

Do you love Shakespeare? 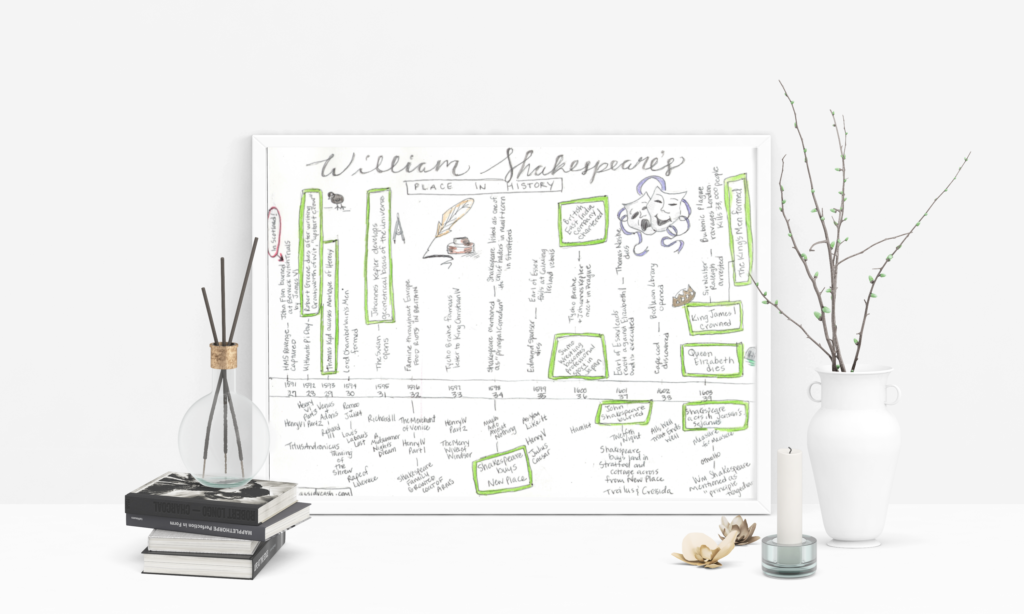 Sign up for That Shakespeare Girl and get new podcast episodes, weekly youtube videos, and great content like movie reviews delivered to your inbox every Monday!
I’ll even send you this printable history timeline outlining the life of William Shakespeare to welcome you.