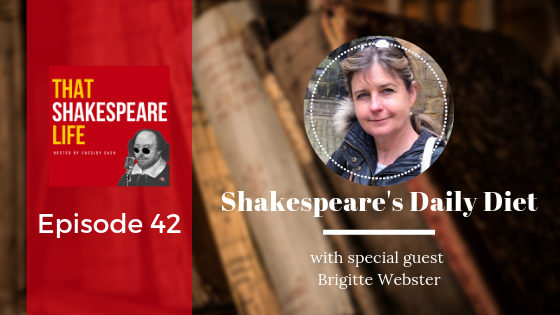 Welcome to Episode #042 of That Shakespeare Life, the podcast that takes you behind the curtain and into the life of William Shakespeare.

Even Shakespeare had to eat. We laud Shakespeare as a man who helped reinvent the theater industry, and someone who would pen some of the greatest lines in all of antiquity, and establish a reputation that lasted at the top of his game for over 400 years. But what did someone like that eat for breakfast? It certainly wasn’t Wheaties powering that legacy, so what kind of foods did Shakespeare enjoy?

Here to help us explore the daily eating habits of the Tudor period, including people like William Shakespeare, is a guest who knows more than most about the daily lives of Tudors since she leads an exploratory experience at her beautiful Tudor home. Please welcome, Brigitte Webster. 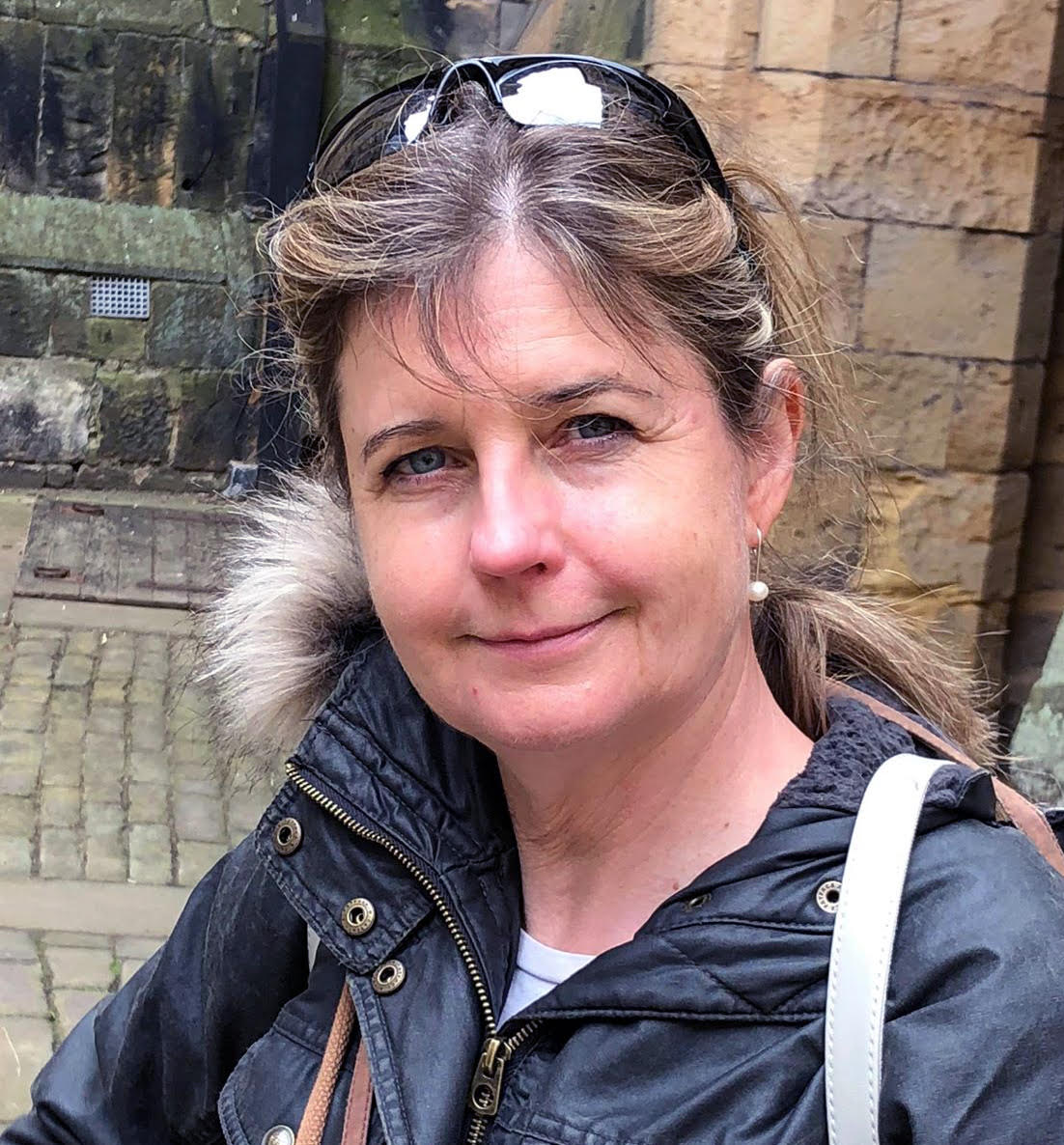 Be sure to visit her on Facebook as well, her photos and history there are as delightful as they are informative.

In this episode, I’ll be asking Brigitte about :

“Call forth my household servants: let's to-night
Be bounteous at our meal. “ 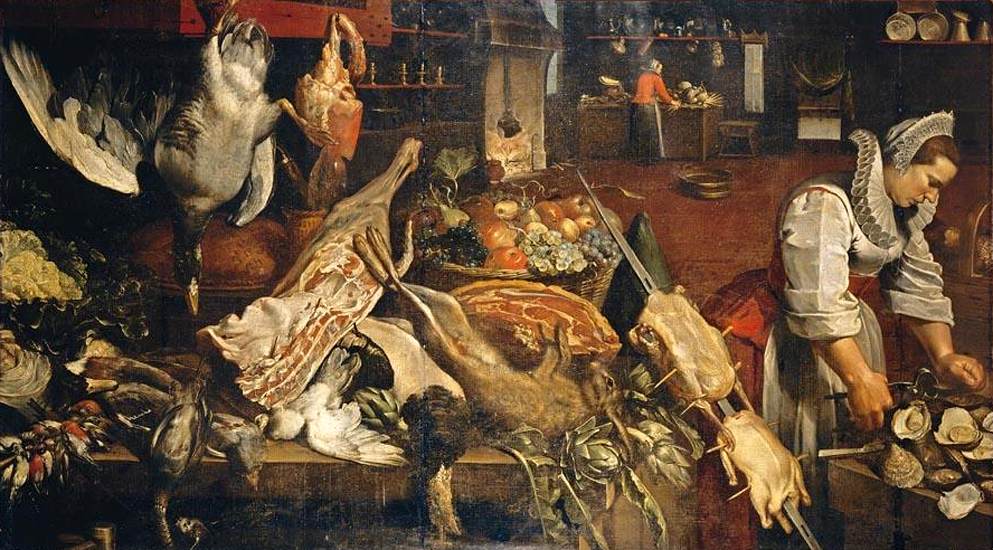 While accepted today as a normal part of living, and in many parts of the world, heralded as “the most important meal of the day”, breakfast was not often consumed by people like William Shakespeare.

Around 1600, breakfast starting becoming more and more popular, but for most of Shakespeare's lifetime, if breakfast was consumed at all it was very simply consisting of just bread, perhaps cheese, and ale.

Breakfast existed, but was considered something to do only if you were weak, travelling and needed to eat in the morning out of neccessity, or were otherwise infirmed. A healthy man would not have taken breakfast. The main meal of the day came around mid-morning, somewhere between 1030 and noon, and was the largest meal of the day.

Andrew Boorde, in his book “Dietary of Health” from 1542, declared “a labourer may eat three times a day but that two meals are adequate for a rest man.” (Source) 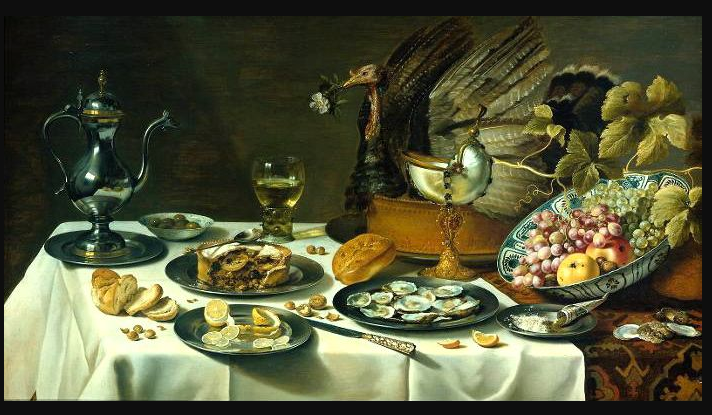 For the average laborer, elaborate meals featuring exotic animals like porpoises and peacocks would not have been a daily food at the table. However, for the court events and dinners William Shakespeare attended before Queen Elizabeth would have certainly featured grand dishes full of flare.

Court vists were orchestrated around entertainment and for William Shakespeare, that meant he was often performing a play in conjunction with a meal being served to the Queen's guests.

Shakespeare would have regularly seen everything from lamprey, to peacocks, porpoise, seals, goose, swans, and even buzzards.

Where, where? Art thou come? why, my cheese, my digestion,
why hast thou not served thyself in to my table so many meals? 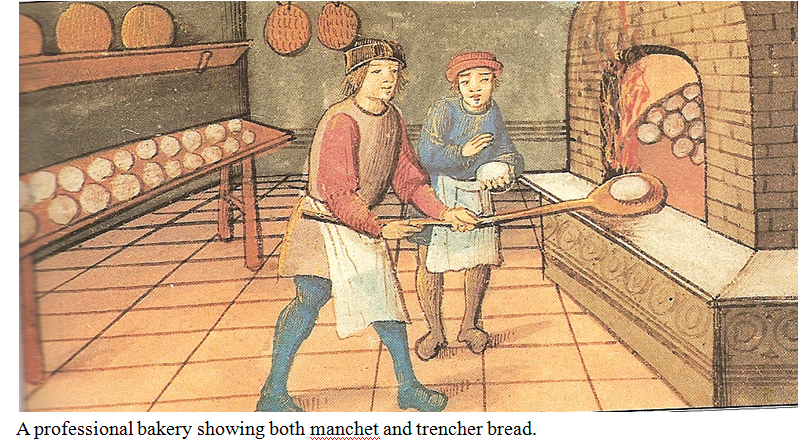 No matter where you stood on the class ladder in Tudor England, one food nearly everyone ate was bread. There were many different varieties, and which kind you had at your table would be a reflection of your wealth and status. The kind of bread most likely eaten by William Shakespeare was a bread called Cheat Bread, a very simple sourdough bread.

In addition to breads, Shakespeare would have enjoyed many fruits and vegetables frown in England, and Shakespeare himself even planted orchards at his home at New Place.

This is the recipe book by Elinor Fettiplace, compiled in 1604, and redone in the 20th century. Available at this link on amazon.

You can cook bread at home similar to what Shakespeare would have enjoyed, & as a subscriber,
you're the first to get copies of additional Shakespeare history resources just like this one. 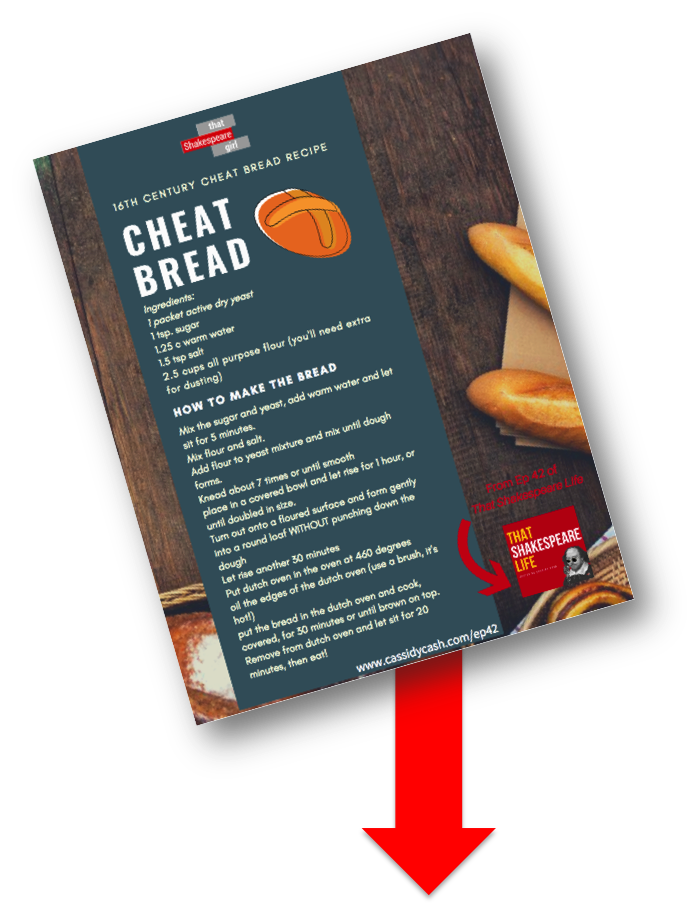 Links online to learn more about this topic (not affiliate links, but they are sources for this week's show notes) 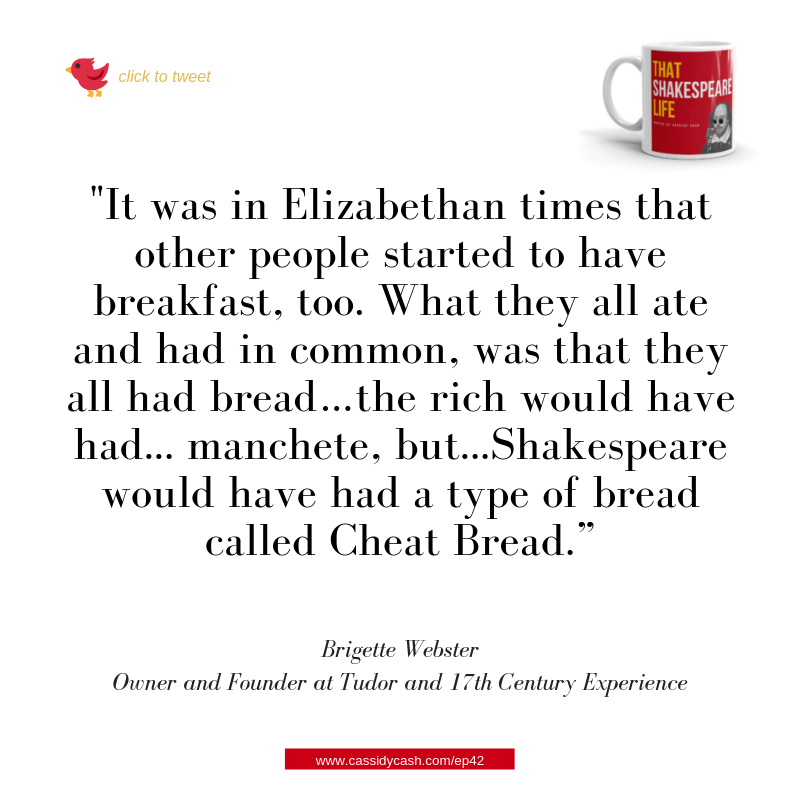