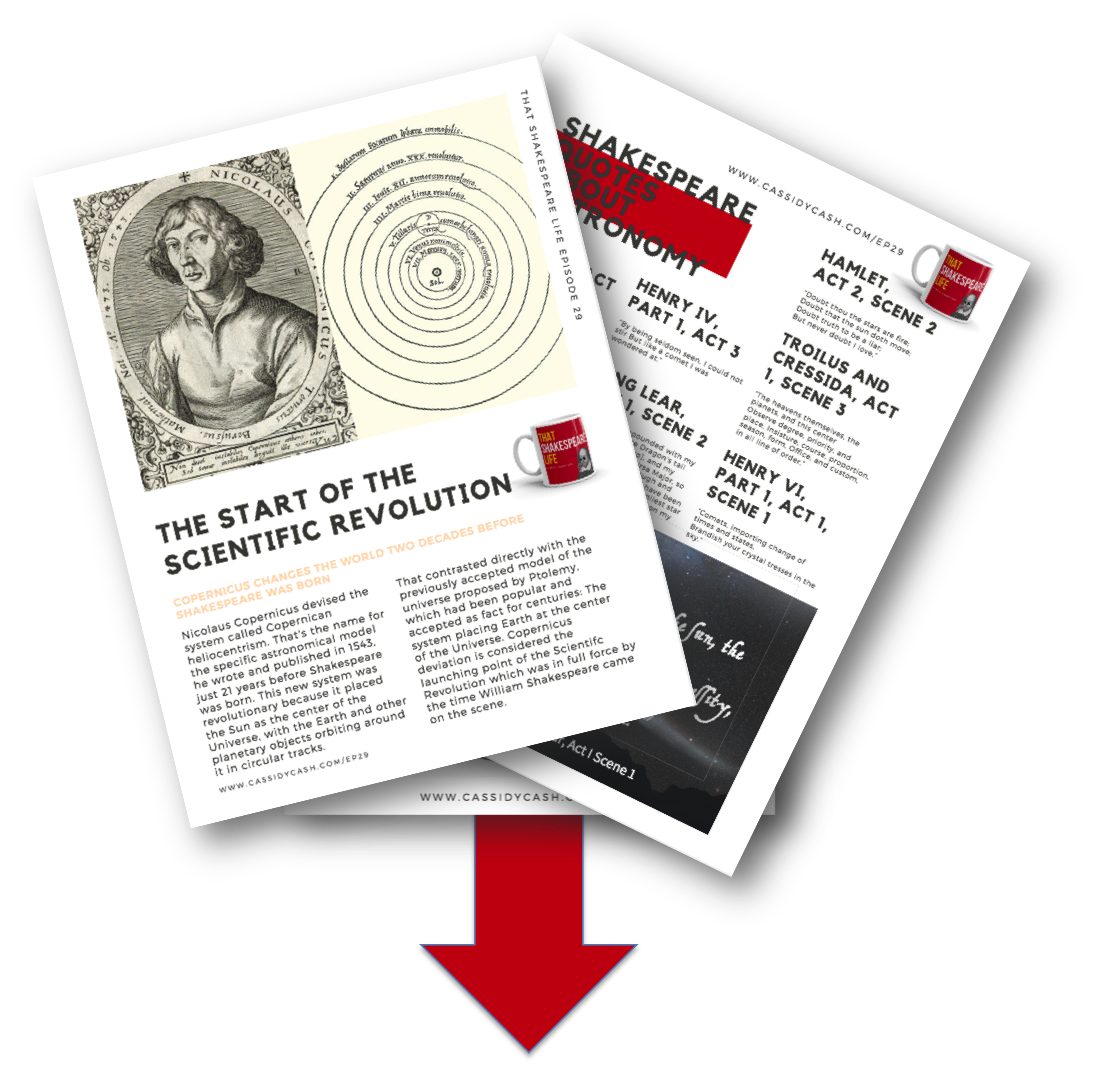 NEW HERE? I HAVE A GIFT FOR YOU.

Thank you for stopping by! To introduce ourselves, let me give you a free copy of one of my ebooks. This guide is called The Short Guide to 16th Century Science. It covers an introduction to science in the 16th century.  A swirl of scientific thought, imagination, and theory was buzzing around William Shakespeare right at the same time he was penning some of the plays that are so famous for asking many of the same human questions scientists were raising about the universe, and in the case of Thomas Digges (famous scientist we explain inside the ebook), these questions were being raised literally right down the street from William Shakespeare himself since Digges lived in Shakespeare’s own neighborhood.

This guide goes along with Episode 29 of That Shakespeare Life  which you can listen to right here.

Join the newsletter below to download this scientific guide to the 16th century. I hope you learn something new about the bard!