Did Shakespeare Invent the Soliloquy? 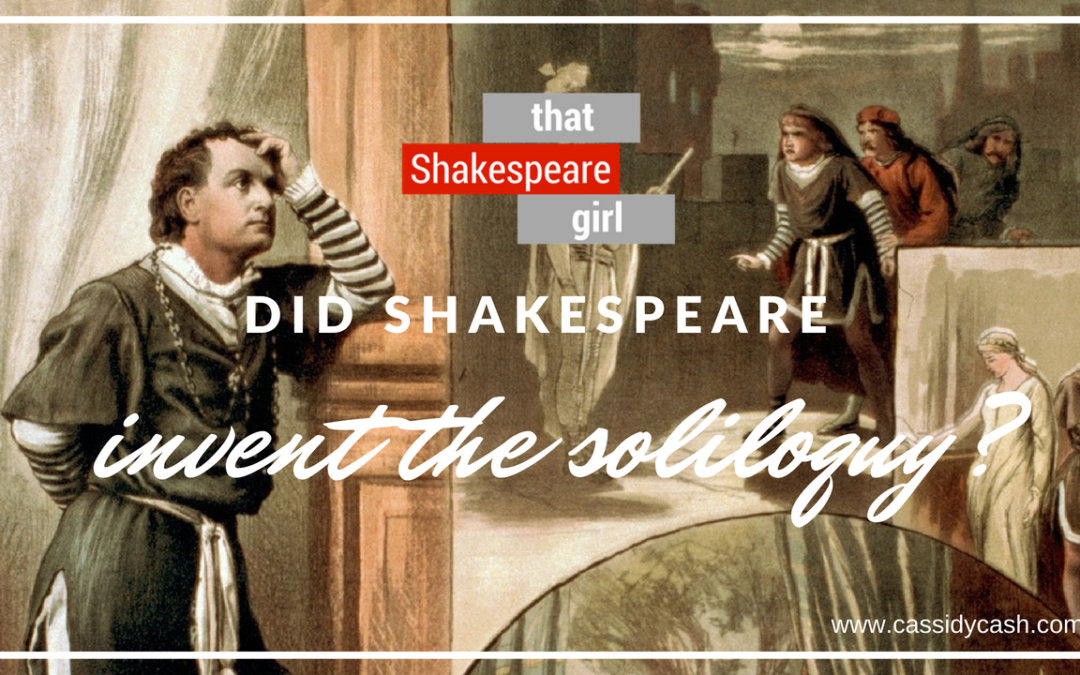 The short answer is No. You can stop reading there I guess, but I did make this neat video that tells you how to define a soliloquy, how it is used on stage, and why Shakespeare was so incredibly awesome at using it. Click play to watch that:

Define soliloquy (and How is it different from a monologue or aside?)

Device often used in drama when a character speaks to him- or herself, about their thoughts and feelings. The audience knows what’s up, but the characters on stage do not. The soliloquy lets the actor give voice to the character’s thoughts.

Not the same as an aside. An aside is where the character is actually talking to the audience. In Elizabethan theater, they would seek input from the audience on the action of the play. Now the action was predetermined, but they would take the time to ask the audience’s opinion before the rest of the action played out. That’s an aside.

A soliloquy is the illusion of getting to see inside the characters thoughts by the actor speaking what the character is thinking. It’s intended to portray an internal conversation the character is wrestling with and instead of a thought bubble appearing over their head, you get to hear their thoughts through the soliloquy.

This is all different from a monologue, which is where the character is giving a speech and all the other actors know it’s a speech. Everyone’s in on what’s up with a monologue.

Where does it come from

The soliloquy is a dramatic device used in extensively in the Elizabethan era, but it existed before Shakespeare made it famous. Dramatists like Kyd and Marlowe were using the convention extensively in plays like the Spanish Tragedy and Doctor Faustus, before we have evidence that Shakespeare ever wrote anything. Additionally, the monologue (which is a close relative of the soliloquy) was famously used in late middle age plays like The Castle of Perserverance from the 1400s and Everyman, which dates to the 1500s.

What’s interesting about the history of soliloquies, though is that according to one online etymology dictionary, Shakespeare may well have been the first one to adapt the monologue (which is a speech the character gives on stage as part of the accepted action) as a window for the audience to see into the character’s mind because the word soliloquy linguistically dates to the year 1600, right at the same time Shakespeare was penning some of his strongest soliloquies, like those in Hamlet.

The soliloquy plays very well with minimal sets and was ingeniously used by Shakespeare to overcome the lack of visual cues for the audience. By utilizing soliloquies, Shakespeare is able to let you see what’s going on and build foreshadow for the coming actions and thus drive the story along, while giving the story much more depth.

So we can definitely see that while soliloquies may have existed before Shakespeare, he certainly applied significant artistry to their use in ways that were innovative for his time.

Where Shakespeare rocked a soliloquy:

Shakespeare uses the soliloquy really expertly. He writes them so that you see the character change mood rapidly, or even fight within themselves over what to do. In Macbeth, you learn through the soliloquys that Macbeth is secretly scared of death, that he does know murder is wrong but is not acknowledging his own conscience, and you see him express fear of getting caught and of feeling guilty over his actions.

In Julius Ceasar, the soliloquy is where you learn Brutus is a good, honest, upright man trying to do the right thing in a tumultuous and complicated environment. Hamlet is perhaps Shakespeare’s most shining example of applying the soliloquy when he uses the device to allow us to witness Hamlet’s inner turmoil and his own questioning of himself.

Shakespeare uses changes in meter and rhyme to represent shifts in emotion during his soliloquies. Most of them are written in blank verse. (that means unrhymed iambic pentameter)

There are other great soliloquies in Richard III, Henry VI Part 3, and other places to witness the bards greatness. I found an excellent paper on soliloquies and Shakespeare by James Shae at the University of Windsor. It’s dated, it’s from 1963 and appears to have been typed if not on a typewriter, then a really old version of Microsoft computer, but regardless, it’s very interesting, and you can read it here. (that’s a pdf).

So what’s the answer this week, Cassidy?

The answer to this week’s question is No. Shakespeare did not invent the soliloquy, but I think it’s safe to say that we have more than enough evidence in his body of work to conclude that his creative and inventive use of the convention has secured the longevity of the technique in theater and endeared the device with great respect.

That’s it for this week here at Did Shakespeare. I’m Cassidy Cash, That Shakespeare Girl, and I hope you learned something new about the bard.

Don’t forget that early bird tickets for our 2019 Trip to Stratford and London will go on sale at the end of September. The early bird tickets will be close to 300 pounds off the standard ticket price but the catch is that I am ONLY allowed, by contract with my partner British History Tours, to send the early bird coupon out to people who are on the interested list. So if you even THINK you might want to go with us next year, make sure you sign up right here, or visit cassidycash.com/travelshakespeare to find out more.

I’ll see you next week.

Newsletter subscribers get artwork for free! 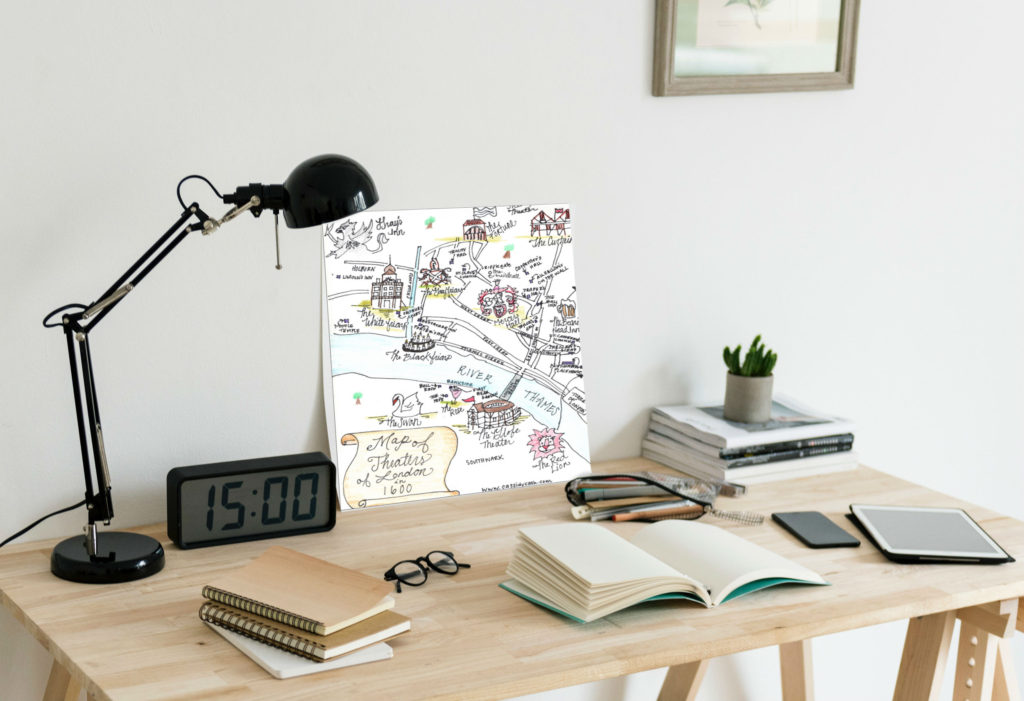 Subscribe now and get this one as my gift to welcome you.