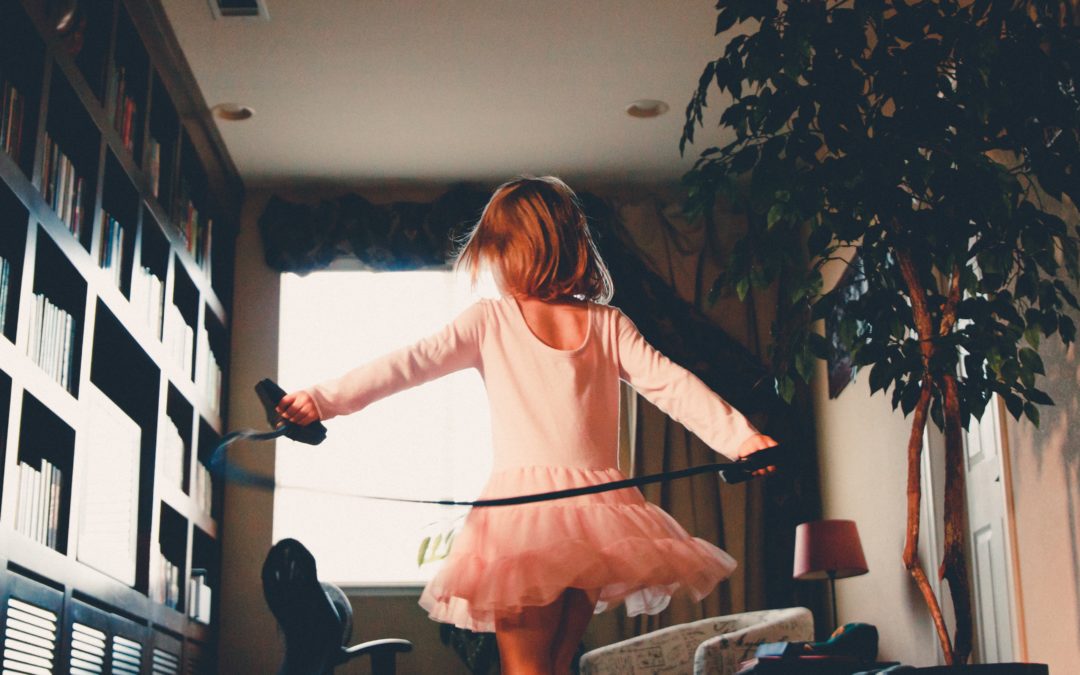 Our family looks forward to our weekly game nights, with most suggestions about what the kids think we should play starting each week around Tuesday morning at breakfast, even though game night isn’t until Saturday night. We surprised both our boys this week when we decided that instead of a game–we should practice a little theater.

The way it works is that I quickly summarize the plot of one of Shakespeare’s plays and break it down into 10-quick scenes we can act out as a group without any rehearsal or previous knowledge of the play itself. (If you have no knowledge of Shakespeare independently, fear not! I have broken down the play As You Like It in a free guide you’ll find at the end of this article. No English degree or acting skills required.)

The idea is to let the kids have fun and us as parents have fun spending time with them, while introducing them to the world of Shakespeare and of theater.

I was originally inspired by this scene in the movie “Reign of Fire” where the main characters act out a scene from Star Wars, adapting for the props they had on hand at the moment and for the purpose of telling what is essentially a bedtime story to a bunch of children.

I thought the play within a play was not only just a neat movie idea, it was a great example of taking good stories and bringing them to life on a level kids can appreciate.

My kids would not sit through a real recitation of Shakespeare’s plays, but they would be willing to consider Shakespeare if I could convey the story in a way they understood and could have fun with. Since I already know the best way to learn Shakespeare is to act out the play itself, the idea of putting together a Family Stage Night was a most natural step.

What you do is simply print off the family stage night guide I have provided below, create some basic costumes, and then act. You get to decide what the characters lines are going to be, how they move, and what happens on stage. Younger kids love getting to be creative and older kids love laughing at their parents all dressed up!

The adapted plots are shorter intentionally because children rarely have the patience for an entire play on game night. Taking them to the theater to see the entire work done as originally as possible is fantastic idea, but not the point of this exercise. With Family Stage Night we are simply looking to expose children to theater, to performance, and to Shakespeare specifically in a short and hilarious bit of improv acting.

So download your guide right here and get started! Post in the comments how it goes over with your family!