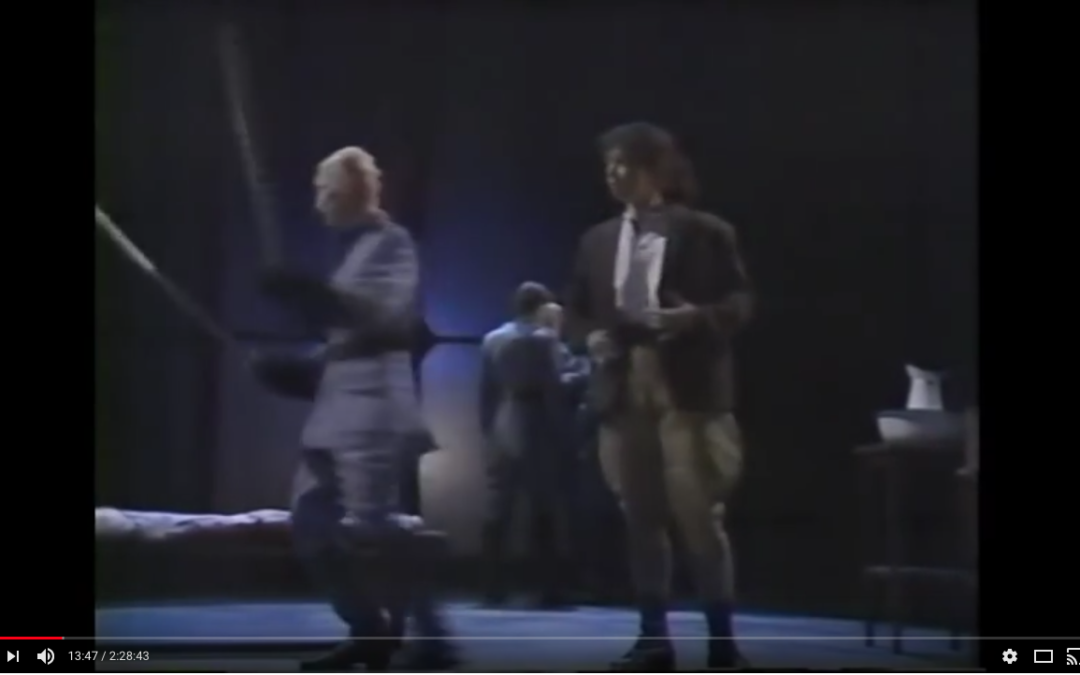 Here is the stage production done by the BBC for television, but they perform the play on a stage.

Watch the entire play, Henry VI Part 1, performed by the English Shakespeare Company as part of their War of the Roses series on Full House. Broadcast in 1990 on TVO. While this was broadcast on television, as you will see when you watch it, it’s a filmed version of a stage production. So it’s as close to sitting in the audience at a theater as you can get without actually walking through the doors and taking a seat.

Go back to That Shakespeare Society home page.