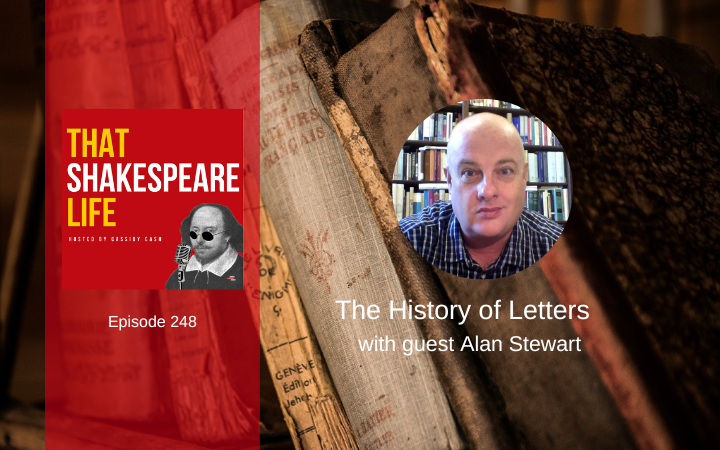 Just like Shakespeare, our show is funded by patrons. Get access to over 100+ bonus interviews and contribute directly to the show when you sign up to be a patron today.

Welcome to Episode 248 of That Shakespeare Life

There are many examples of letter writing from Shakespeare’s plays, including correspondence getting lost in transit and even examples of forgery! While many of the examples from Shakespeare’s plays about letters are amplified to be more entertaining on stage, they represent real history about how communication was written and delivered for the life of William Shakespeare. Here today to help us explore the tools used to write a letter, and special tricks like letter-locking and sealing a parchment, is our guest and co-curator of the Letterwriting in Renaissance England exhibit at the Folger Shakespeare Library, Alan Stewart.

Alan Stewart is Professor of English and Comparative Literature at Columbia University, specializing in early modern literature, history, and culture.  His books include biographies of Francis Bacon, Philip Sidney, and King James VI and I, and studies of Shakespeare’s letters and early modern life-writing.

I’ll be asking Alan Stewart about: