Did Shakespeare Drink from a Conduit? [New on YouTube] 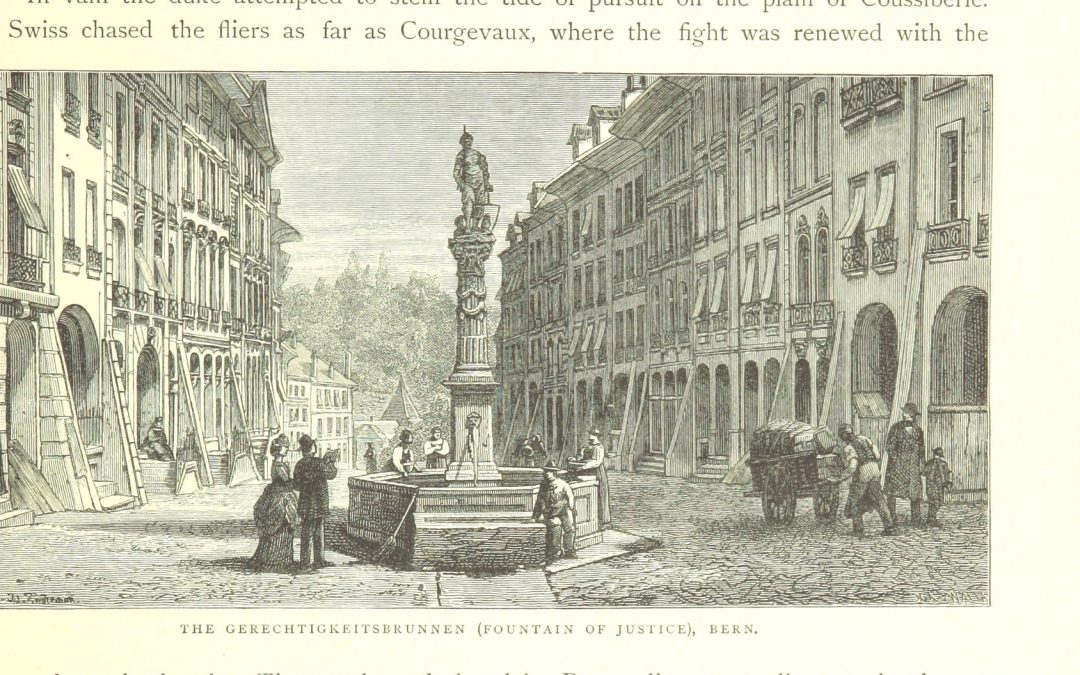 When you study the life of WIlliam Shakespeare, especially if you explore popular routes for getting from place to place you will quickly come across conduits. Some of the most popular ones are seen on this map of the Lord Mayor’s Show where they pass the Standard and Cheapside Conduit. The map only says “conduit” though, and doesn’t explain what those are. If you’re like me, the first time you saw these on an old history map–you wondered why they had little mini towers in the middle of the street. In actuality, conduits were part of the waterworks system in Shakespeare’s England. To help explain them, and how they work, this week we are asking: Did Shakespeare drink from a conduit?

Conduits are a source of water. All people need to drink water, and Shakespeare’s England was no exception. Getting the water to a place where you could cook with it, drink it, or bathe in it required that you go get it from the nearest river or body of water. As you can imagine, human ingenuity came up with a way that was better than hauling buckets by hand pretty quickly, and even as far back as Roman times there were aqueduct systems in place that consisted of pipes which drove water into collection points–called conduits–for the towns.

By the 16th century, these conduits were all over the city and served as places where citizens could get their water by simply walking up the conduit and collected some in jars. When you look at old woodcuts and engravings from Shakespeare’s lifetime, you will see there are often clay jars in significant numbers stored next to the conduit for this purpose. The conduit works a lot like a modern day foundation–it has spouts where the water came out, and any unused water flowed back into the conduit to be reused later).

Thomas Nevile, master at Cambridge College, built the Great Court at Cambridge. Trinity Head Conduit served as the main water supply for the Franciscan friary in the centre of Cambridge. The stone roof of the conduit head reveals the age of the structure.

Its sloping roof is constructed with slabs that are fastened by iron pegs. Within the conduit head sits a 19th-century lead water tank. The water from the conduit head used to flow into central Cambridge in wooden pipes that passed underneath the river Cam. Though the water was owned by the Franciscan friars, others would steal some of it along its route. Since the 16th century, the conduit head and the water has been owned by Trinity College, Cambridge.  (Source)

According to WaterHIstory.org, London, the city, actually developed over time in a rather haphazard way. Here I am going to quote from WaterHistory.org’s article to tell you about the development of the water systems in London that lead up to their being conduits for Shakespeare. I link to their article in the show notes.

London in the early thirteenth century was a small community situated on the north bank of the Thames River.

Beyond the city walls to the north was a marshy area known as the Moors, headwaters for the Walbrook which flowed down through the center of the city. The stream, together with certain drainage ditches, supplied water to the moat around the city wall. Beyond the walls in western suburb flowed the larger Fleet Street.

Historic London was dependent on the Thames River in a sense that modern residents would find difficult to understand.

There were also a number of springs outside the city which flowed with good drinking water. Fitzstephens, a thirteenth-century chronicler, expresses annoyance at the number of drunkards and at the chastity of the city’s women, but he spoke well of the water. He records that near London there were fountains flowing with sweet and wholesome water.

A rise in population lead to these waterways becoming contaminated from too many people using them.

Pipes connected the spring at Tybourne with the Great Conduit House in Cheapside. (The term “conduit” was used mainly to refer to the cisterns at the end of the system.) In all, twelve conduit systems were built in London. They were all similar in design. The head of the conduit was placed near a natural spring and the water from the spring was used to fill a nearby cistern or tank. From the cistern, the water flowed through pipes for a distance of a mile or more. At the terminus, the water was stored in a larger cistern equipped with cocks or taps for dispensing the water.

So how did they work? Well getting them distributed to houses was often done by people called “cobs” or carriers, whose job it was to transport the water to customers. As customers realized they could tap into the pipes and have the water come to their house without paying the cob, the problem of water theft arose in London.

But how did the conduit actually work mechanically? Well,originally, it worked by gravity, with the water flowing downhill and into the conduit, but during Shakespeare’s lifetime there were two men specifically who decided to take advantage of the industrial revolution happening in London round about the 1580s and turn the water flow into good business.

A Dutchman named Peter Morice applied to city officials for permission to construct a water-wheel and pumps under one of the arches of London Bridge for the purpose of supplying culinary water to the city. He gave a demonstration of the power of his pump by forcing a jet of water over the spire of the Church of St. Magnus (located near London Bridge). This so impressed city officials that they granted Morice a 500-year lease on one arch.

Morice’s water-wheels and other machinery were destroyed in the Great Fire of 1666 and we have no description of them, but they were replaced by his grandson, and these water-wheels remained under the bridge until the early nineteenth centur

We mention Morice first because his work was overshadowed by the later, Sir High Myddelton and his construction of a canal to carry water to London from the Herfordshire springs of Chadwell and Amwell, a distance of nearly 60 kilometers. This engineering feat, begun in 1609 and finished in 1613, was so bold and thorough in design, that the “New River” source, as it came to be called, is still used today forming a valuable part of London’s water supply.

The building of the “New River” is one of the legendary feats of London. It provided a great deal of water for the city, but most people weren’t keen on having to pay for it. They had trouble at first getting people to sign on for it, then when they did convince people it was a great service, they then had trouble with not enough water for all the people. These kinds of trouble, along with the problems you might expect from using wooden pipes, leaks, and water theft, continued into the 19th century, it wasn’t until 1904, the beginning of the 20th century, that te company passed control of London’s water supply over to the Metropolitan Water Board.

For it’s time, the development of things like conduits and water systems in the 16th century were an explosion of massive innovation not just for England, but for the world.These systems’ longevity and the scope with which they served the city are impressive. Shakespeare’s lifetime was awash with mechanical ingenuity, which is a great part of what the surviving conduits represent.

So the next time you see conduits on a map as you explore Shakespeare’s history, now you will now not only what they are, but a part of why they were such major landmarks for travellers and residents of the city alike.

That’s it for this week! I’m Cassidy Cash and I hope you learn something new about the bard. I’ll see you next week! Goodbye.