Did Shakespeare Have a Battle Ax? 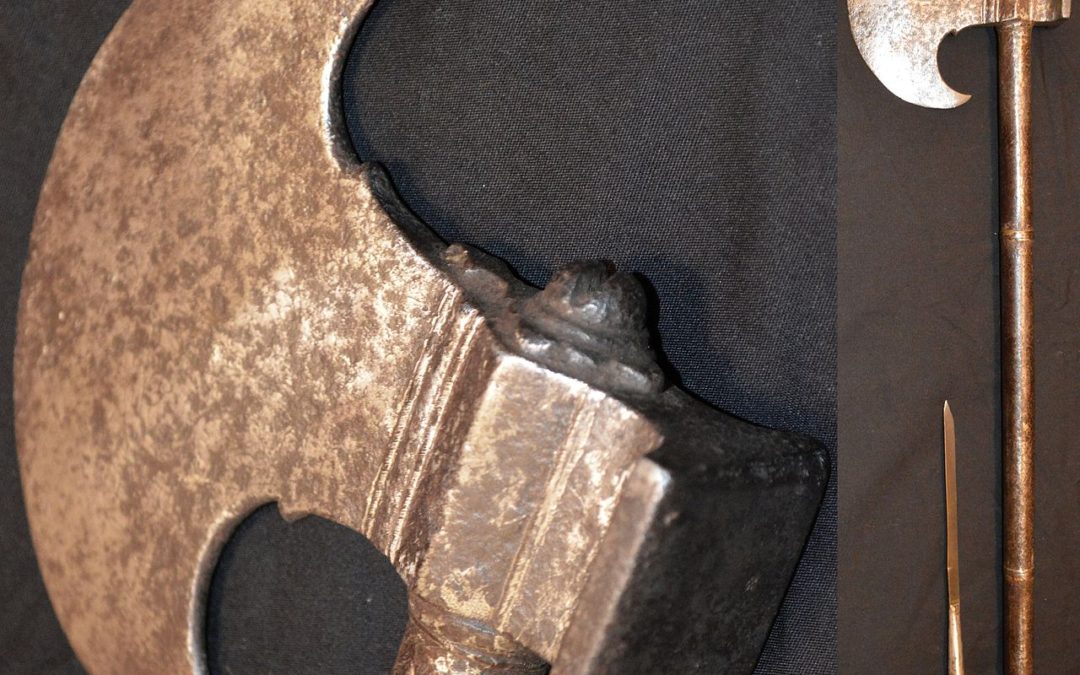 Which of your hands hath not defended Rome,

And rear’d aloft the bloody battle-axe,

Writing destruction on the enemy’s castle?

The Battle ax was specifically designed to be a combat weapon. The design was based on the kind of ax you would use to chop wood, but included specific features that made it a military weapon. It was made of all metal, usually around 5 lbs (though they could be both smaller and a little larger, but probably not more than 7 lbs in weight) a strong man could wield the ax with one hand, but two hands was used sometimes as well.

As it has become popular today to throw axes, you may be able to visualize the use of the battle ax as a projectile weapon as well, it’s small handle lending itself towards something a combatant could throw or launch at their enemy.

By Shakespeare’s time, the battle ax was largely replaced in Europe by the use of a sword. Richard I of England used a battle-axe to save the Templars from defeat at the hands of the Muslim cavalry and the battle ax was a popular heraldric symbol.

As it was a popular weapon of times past, as well as a powerful symbol of military might, that would explain Shakespeare’s use of it for Titus Andronicus.

I do not have evidence which would confirm Shakespeare used them in the theater, but as they are small, easy to pack, lift, and carry, it would make sense especially in his plays featuring battles from the medieval period, that some of the cast might have had battle axes, along with halberds, on stage. Whether these were historically accurate, merely stage props, or even there at all is complete and total conjecture on my part. If you have stage history of the props in Shakespeare’s England which shows where Battle Axes might have been used on stage (perhaps in Philip Henslowe’s Diaraies, for example) please pass that along to us in the comments.

That’s it for this week. I’m Cassidy Cash, and I hope you learned something new about the bard. Thank you for watching, I’ll lsee you next week. 🙂