Did Shakespeare Have a Mailbox?

The short answer this week is No, Shakespeare did not have a mailbox because mailboxes weren’t invented until close to 300 years after Shakespeare’s death, during the 1850s. But there are letters talked about in Shakespeare’s Romeo and Juliet, and according to the research of Shakespeare scholar, Katherine ELizabeth Mulroney, there are no less than 180 letters mentioned in Shakespeare’s works, across 12 plays, and at least 90 of those would have been seen on stage. So why were people in the 16th century writing, and delivering, letters before the establishment of the postal service, and if they didn’t have mailboxes–how were the letters getting from place to place? That’s what we are going to find out in this week’s episode as we ask: Did Shakespeare Have a Mailbox?

In the 16th century being able to write was not universal. There was a large portion of the population who were illiterate entirely, neither being able to read nor right. In addition to many people not knowing how to write their thoughts onto paper, the paper itself was a scarce commodity, not available nearly as widely, nor easily acquired, as we have it today.

Letter writing did occur, and the practice of writing letters was actually finding its’ feet during the life of Wiliam Shakepseare, with the 16th century being the point in history where we start to see people at all class levels start to write letters intentionally, and regularly.

Letter writing initially began as an artform, along with literature, oral composition, and epistles, these were ideas expressed on paper in the way an artist with paint might express thoughts or emotions in pictures. To write a letter was to be an artist. We see this association show up in Shakespeare’s lifetime with the respect and admiration given to the title of “poet”, as Shakespeare and many like him were known. They dealt in the written word that was strongly associated with the spoken word and overall, they were artists.

Cicero is given credit for being the first letter writing artist, with other famous writers like Horace, Seneca, Pliny the Younger, and others following suit. Even many pastors and religious writers, like Paul the Apostle who wrote his epistles to the church, were writing in a form considered artwork. Ovid, who is a well known influencer of Shakespeare’s plays, turned the elegy into the letter. These models of the letter as art served as models for Renaissance artists, like Shakespeare, who used the letter in their work, and for Shakespeare–as a dramatic device.

We find letter writing influencing many writers contemporary to Shakespeare, and even the concept of a euphemism that John Lyly (a playwright contemporary of Shakespeare) is credited with developing, is thought to have come about as a result of his copying work in the form he learned from Spanish letter writer, Guevara. 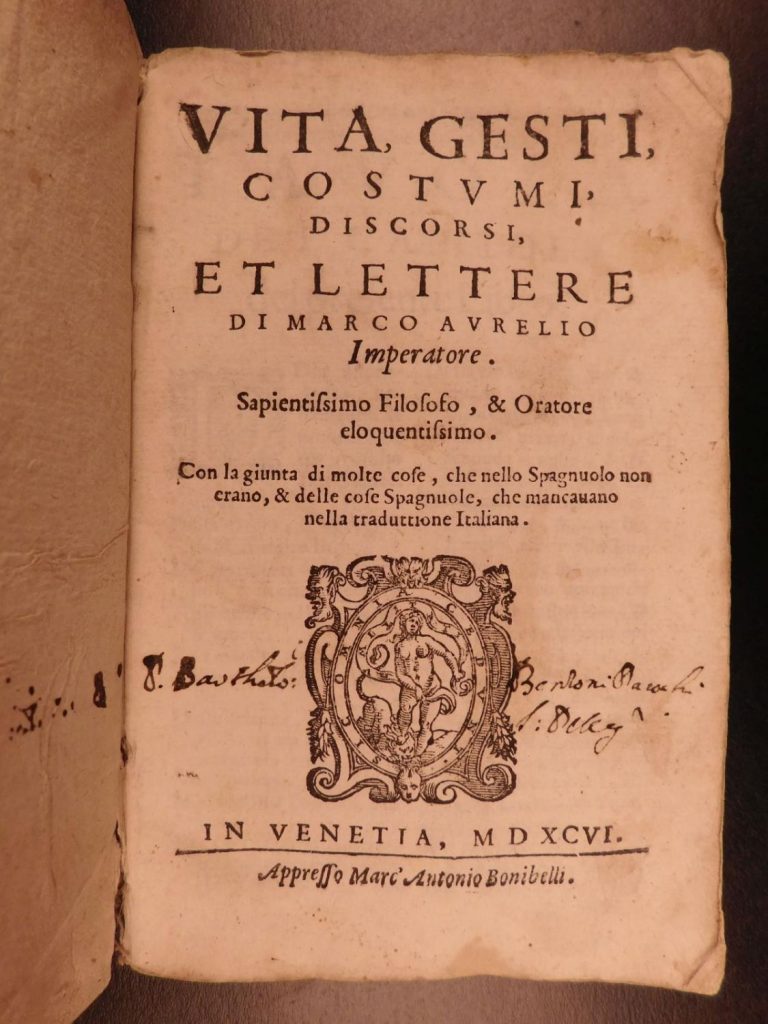 As Katherine Moroney quotes in her dissertation:

“The works of Guevara, turned into English by five or six different translators, had a considerable vogue and acclimatized this extraordinary style in Great Britain. One of his writings especially, “The golden boke of Marcus Aurelius, emperour,” enjoyed a very great popularity: it was translated by Lord Berners in 1532, and by Sir Thomas North in 1557, and went through many editions. The moral dissertations of which it is full enchanted serious minds; the unusual language of Spain delighted frivolous souls”

qtd by Katherine Elizabeth Moroney, The Letter as a Dramatic Device in Shakespeare's plays. A Dissertation Submitted to the Graduate Faculty in partial fulfillment of the Requirements for the Degree of Doctor of Philosophy. (Norman, Oklahoma at University of Oklahoma, 1956).  Source

From the life of William Shakespeare, we have the example of the Paston Letters — a series of correspondence among the Paston family, that survive from the time period. By themselves, they demonstrate that the upper class and well educated of England specifically were routinely writing letters as a matter of course. 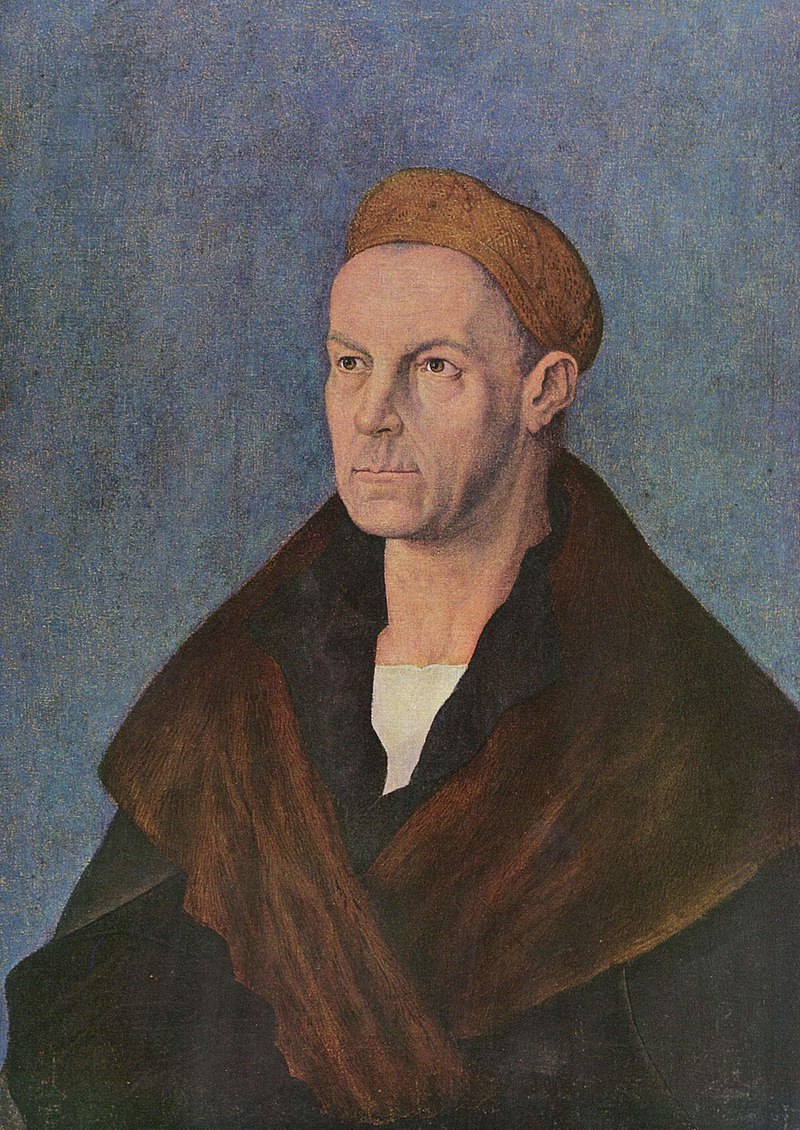 There were even a form of newspapers circulating in England during the 16th century, with a collection of letters known as the Fuggers demonstrating that letters containing information we might hear on the radio, in the press, or on tv today was circulated and distributed in Shakespeare’s lifetime by letter. Professional letters were sent to the House of Fugger from all over the world. People would send in their witness accounts of various events (often merely gossip and hearsay) to report on the events of the day. You can see another example of the overarching thought that letters were intended to convey reports inside Robert Greene’s Groatsworth of Wit, where he not only insults William Shakespeare, but also specifically states that one purpose of his letter is to inform his “fellow scholars about this city.”

The middle ages saw a system standardized for teaching by letter, and by the 16th century, this took the form of compiling letters into teaching curriculum by way of handbooks and manuals for how to live. They were educational in manner, and set down for the purpose of teaching people how to do various aspects of life. There were even courses people could take specifically to teach the art of correspondence. You see that trend persist into the 20th century, while it seems to have disappointingly dwindled by the 21st century.

With all of this focus on the writing of letters, it should come as no surprise that the very first law trying to handle what to do with the letters once they were written comes to us in the English Parliament in 1591, just a few years before poor Friar Laurence takes the blame for improperly overseeing the delivery of unfortunate Romeo to his Juliet in Shakespeare’s Romeo and Juliet.

Friar Laurence was not the only poor soul struggling to deliver his messages, poetic or not, it was indeed a struggle for the whole of Europe during the Middle Ages, right up until the life of William Shakespeare and continuing thereafter. But the struggle wasn’t for a lack of trying. It seems that during teh Middle Ages in particular, commerce shot up and businessmen needed a way to send messages between corporations and guilds, so they established a messenger system the most notable of which is called The Butcher Post (aka Metzger Post).

Interestingly, it is Italy –where Romeo and Juliet is set—that produced the first extensive and regular postal system of this period, launching from the mid 13th century a letter carrying system between port cities and business hubs like Florence, Genoa, and Siena. When major fairs were held in the region, fixed dispatches were made to carry orders and effect settlements. The entire system was carefully regulated, with scales of payment (think of that like postage stamps having a monetary value) as well as established timetables for how long it was going to take to get your message from one place to another, along with the specific route the carrier was to take.

This woodcut from 1568 shows the left printer removing a page from the press while the one at right inks the text-blocks. Such a duo could reach 14,000 hand movements per working day, printing around 3,600 pages in the process. Source

By the late 15th century, sending a letter by courier (at what can be considered a significant expense), was empowered by the Gutenberg printing press of 1450. Letter carrying now became a profitable business and many private individuals sought to cash in. Some like the Parr family in Austria developed a postal system that served the entire nation. The Thurn and Taxis family are famous for their postal system, as it was quite extensive, and they are from German nobility, organizing the shipment of imperial possessions along a complicated network of established routes throughout Europe. By William Shakespeare’s lifetime, this system covered most of Europe and amounted to approximately 20,000 couriers. The system was speedy, efficient, and highly lucrative for the family—which is decidedly not the impression we get from Friar Laurence’s delivery of Romeo’s letter, certainly. 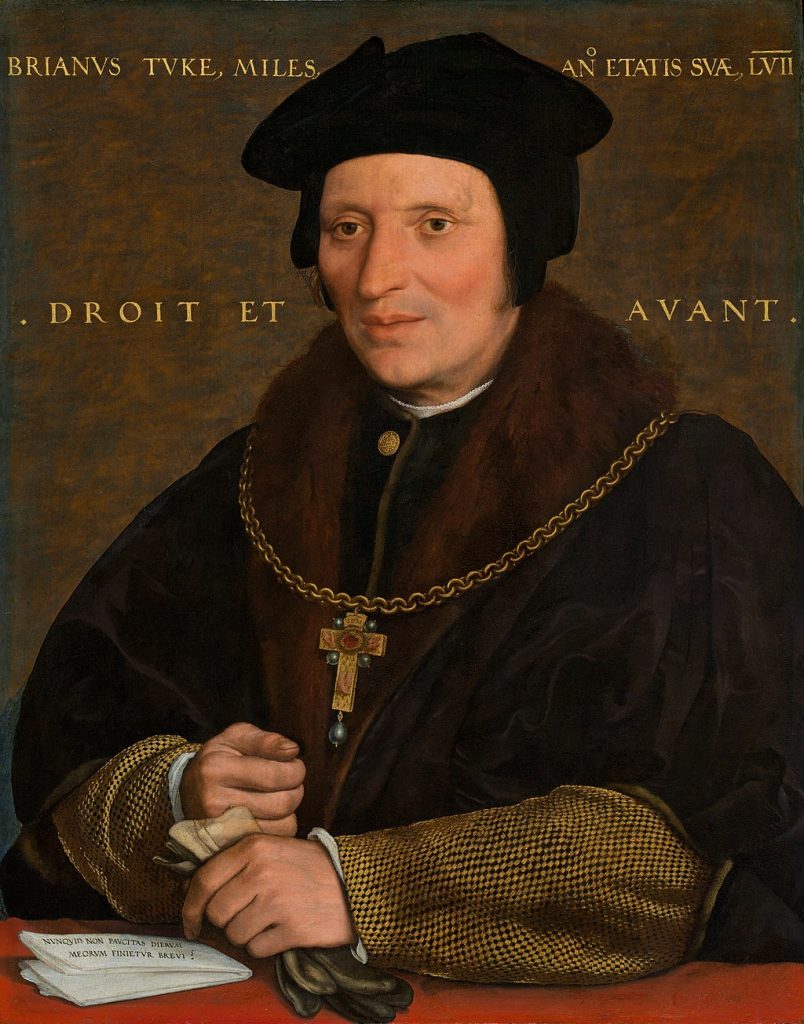 Brian Tuke portrait by Hans Holbein c 1527. Brian Tuke was the first person to hold the position of Master of the Posts, appointed by Henry VIII. Source

It seems that discrepancy can be credited to the fact that in England, while King Henry VIII did establish a Master of the Posts in 1516 to oversee a regular postal service along the main roads going out from London, this system was not only not reliable, and in-comprehensive, it was also not intended for public use–meaning anyone who was not a royal sending a letter using this system did so under the table and illegally. That did happen, but as you can imagine, the result was often like that of Romeo’s plight where bouts of plague and other obstacles could easily prevent your message from reaching its’ intended target.

It would not be until close to 20 years after Shakespeare died, in 1635, that a royal proclamation established a letter office for England and Scotland, with one Thomas Witherings heading up a system of regular day and night services along post roads, and later still in 1680 when William Dockwra established the Penny Post when All letters and packets up to one pound in weight were delivered for one penny.

So it seems for William Shakespeare, letter writing was an art form and the skill of being talented at correspondence was a well practiced art form as well as functional communication tool among the nation, and across multiple classes of individuals. Despite the focus on letter writing and communicating by letter, the actual delivery of the letter was a gamble, at best, since it would be well after Shakespeare died that the nation, and Europe, developed a reliable postal system with mailboxes.

That’s it for this week! I’m Cassidy Cash, and I hope you learn something new about the bard.

I’ll see you next Saturday!