Did Shakespeare Have a Mechanical Clock? 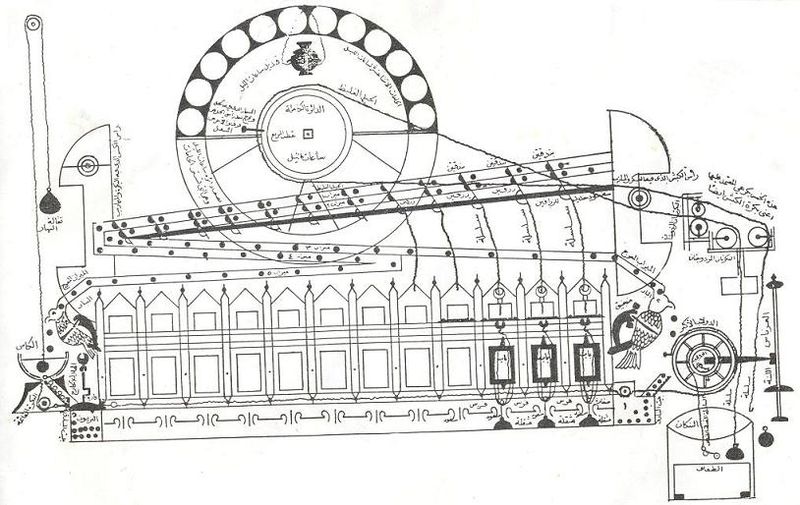 Facsimile of a drawing of a water clock from a treatise by Ridhwan al-Saati, from 1203 C.E. Source

Mechanical clocks arrived in Europe during the 14th century, and included what’s called a verge escapement and foliot system to make the clocks tick.

Which means for William Shakespeare, the standard time keeping device was a mechanical clock that used a verge escapement and foilot. However, they weren’t very accurate, which presents an interesting historical point about exactly how people in Shakespeare’s lifetime told time throughout the day.

I found some answers for us both which is what we are going to explore this week as we ask “Did Shakespeare Have a Mechanical Clock?”

The earliest European clockmakers were Catholic monks. Religion required the monks to perform activities at specific times of day, and they rang the bells to mark these times of day. The need to be very accurate with how they kept and monitored the passing of time. As such, many monks also became skilled clockmakers. In fact, one of the oldest clocks in existence today was made by Peter Lightfoot, a 14th-century monk of Glastonbury. His clock is a resident at London’s Science Museum.

According to a book by John Lankford from 1997, there was at least one clock that marked the passing of minutes in 1475, but by and large clocks marked only the hours. You can see in Shakespeare’s play, A Midsummer Night’s Dream, that for most people measuring minutes and seconds was considered impossible, and something only for the fairies. However, clocks indicating minutes and seconds existed in Germany in the 15th century.The 16th-century astronomer Tycho Brahe used clocks with minutes and seconds to observe stellar positions

Keeping time became a kind of custom among various local towns, with many locations adopting an official town clock.

While mechanical clocks wouldn’t come into use the way we think of using clocks today until after Shakespeare’s lifetime, during his life was a rampant time of exploration an invention with clocks.

The verge and foilot arrangment we mentioned earlier is the mechanism that allows a clock to “tick” the foloit wasa metal bar that the verge escapement was connected to which would oscilate back and forth, at different rates, depending on the position of various weights that were placed on the bar. Changing out the weights could change the rate at which the clock ticked, thus allowing fine adjustments and forming the beginning of the measurement of small increments of time like minutes and seconds. Up until Shakespeare’s lifetime, the verge setup was the only one being used. During his lifetime inventors and designers experimented with alternatives, leading to what would be developed after Shakespeare: the pendulum clock.

So it seems that for Shakespeare personally, while the mechanical clock, water clocks (which are like sand hourglasses only using water dripping instead of sand), as well as the arm watch and pocket watch were all around and in circulation for Shakespeare,but they weren’t well distributed among the population, and certainly not accurate enough to be more than a fanciful luxury for the wealthy. The average person, and the average theater practitioner would have relied on the old standards like the hourglass or candle clock instead.

So for this week’s question of Did Shakespeare Have a Mechanical Clock, we are going to call this one a No. It is possible he saw one, or even had one in his home once we assumed a higher status later in life, but to me it seems unlikely, as ironically, using one when they were not yet developed far enough to be accurate was, as they say, a waste of time.

That’s it for this week, I’m Cassidy Cash and I hope you learn something new abotu the bard.
I’ll see you next week!