Did Shakespeare Have a Sundial? 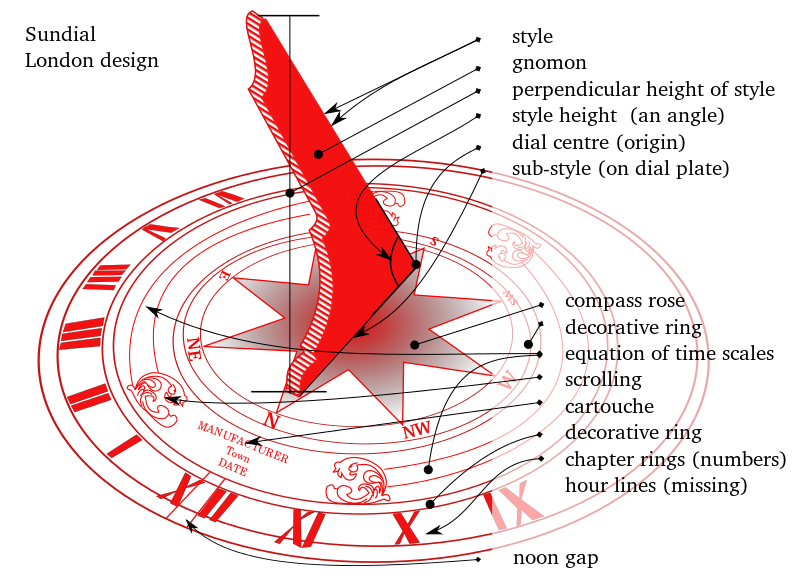 Continuing our series on Shakespeare and Clocks this month, we are exploring one traditional aspect of the Tudor Knot Garden that was as functional as it was beautiful. This week we are asking:

Did Shakespeare have a sun dial?

If you like Shakespeare history behind the plays, consider subscribing as we have new videos there every Saturday.

Have the latest updates sent right to your inbox every Monday!
I’ll send you a Diagram of The Globe Theater to Welcome You.

And then he drew a dial from his poke,

And, looking on it with lack-lustre eye,

There is a lot of history packed into this reference to sundials, but let’s start with what’s practical: One way that people used to tell the time of the day in Shakespeare’s lifetime was by using a sun dial.

I did laugh sans intermission
An hour by his dial.

Use Audio Shakespeare Pronunciation App to hear how to pronounce “Iachimo”
and other words from Shakespeare’s Plays.

Sundials were kept in the garden

Sun dials tell the time by casting a shadow about a pole, and the shadow moves around the circular face of a sundial to mark the hours as they pass throughout the day.

Noticing that the sun moves across the sky throughout the day, and using that to tell time is one reason old cowboys could tell when it was “high noon” because exactly 12 noon is when the sun would shine directly overhead. The sky was a kind of sundial. But as cowboys do not feature in the story of Shakespeare, we’ll save that lesson for another day.

Because sun dials use the sun to tell time, they are only useful during the daytime hours. To be able to get the most sun, many Tudor residents would place a sundial in their gardens. For us Americans, this means they would place them in their backyard.

By this, I think, the dial points at five: 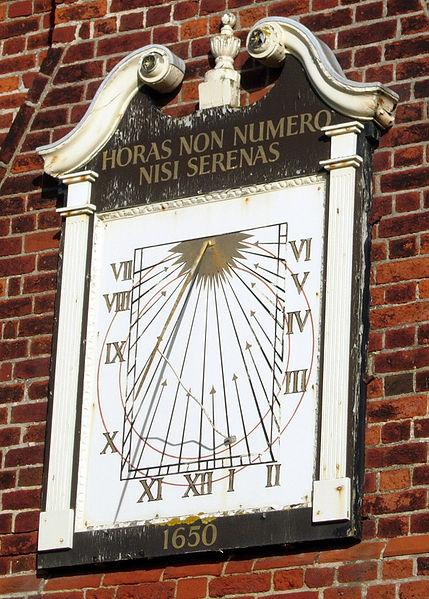 The First Sun Dial Could have Been Roman or Egyptian

Not every household had a formal Tudor Knot Garden, as having one was relatively expensive, and a sign of high status. So while some houses had sun dials to mark the time in general, a popular fixture of the tudor knot garden was to include a sundial.

Originally, I thought that the sundial was included as a throw back to the Greeks and Romans. There’s some competition in what I’m reading as to who had the very first sundial. Some say it was the Egyptians who used the sundial first around the 13th cenuty BC, other references give credit to Rome, who did install one very early–the first Roman sundial (and potentially the first in the world) was put in place after capturing it from the Samnites in 290BC. ) 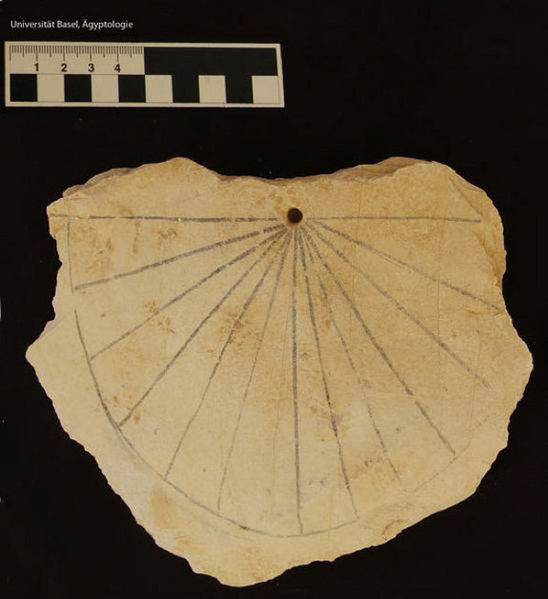 World’s oldest Sundial, from Egypt’s Valley of the Kings (c. 1500 BC). Source

As many fresh streams meet in one salt sea;
As many lines close in the dial’s centre;
So may a thousand actions, once afoot.
End in one purpose, and be all well borne
Without defeat

Side Note: The Illyrians were Real

The Isle of Illyria is not a purely fictional place like people tend to say about Shakespeare’s Twelfth Night. I actually heard an official dramaturg at a production of Twelfth Night say that the Isle of Illyria was fictional…..well, I suppose technically, the precise island where they landed was made up, but actions within the play, as well as Illyria itself is a real, historical location. When Shakespeare wrote the play of Twelfth Night, Illyria referred to a region of land on the coast of the Adriatic Sea, north of modern central Albania, which was under the control of the Venetian Republic. It was well known, and as this map shows, had plenty of islands off it’s coast, making it a great choice for a setting since Shakespeare could just say “yes, one of those! This happened there.” But more on Illyria in another episode….

So hath the business that I come to speak of.
Lord Mortimer of Scotland hath sent word
That Douglas and the English rebels met
The eleventh of this month at Shrewsbury 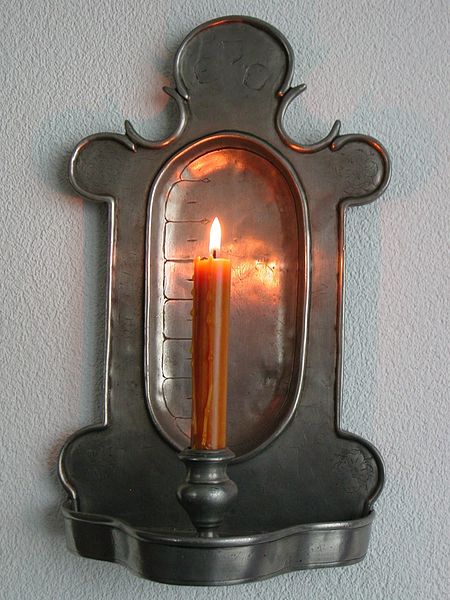 While the sun dial was useful, and an elegant decoration for your garden during the day, At night, you’re unable to tell what the hours are, or how they are passing,if you use a sundial because now the sun is gone.

This was quickly realized in England, and during the 15-16th century, development of various ways to tell time without use of the sun was a booming industry. Around 1300 in Europe, the verge escapement was invented–that’s the gears situation that allows a mechanical clock to use things like balance wheels to keep time.

One of the alternatives to sundials they used at night included a candle clock, which was also thought to have been used in theaters, to mark the passing of the hours as the wax melted from the flame.

Now, citizens of Angiers, ope your gates,
Let in that amity which you have made;
For at Saint Mary’s chapel presently
The rites of marriage shall be solemnized. 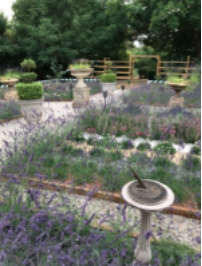 If you would like to hear about New Place’s garden specifically, we talk with Glyn Jones, the man who heads up the Gardens there at New Place for Shakespeare Birthplace Trust, including information on the sundial inside Episode 12 of That Shakespeare Life, which you can listen to here https://www.cassidycash.com/ep012/

One way of telling time that Shakespeare would have had access to includes pocket watches, Spring-driven clocks appeared for the first time during the 15th century. As well as water clocks, ring clocks, and pocket sun dials. We speak with William Massena, a Trustee on the Board of the Horological Society of new York about the history of clocks in the 16th century inside episode 69 of That Shakespeare Life, which you can listen to at the podcast homepage here.

And then he drew a dial from his poke [pocket],

And looking on it with lack-lustre eye

This is a reference to a very specific kind of portable sun dial which was available, and fairly popular since Elizabeth I herself had one as well, that allowed the user to tell the time of the day using a sun dial he could carry in his pocket.

Shakespeare Birthplace Trust holds just such a sun dial, called a ring dial, in it’s collection that dates to around 1600. Since these lines in As You Like It were written circa 1599, the ring in their collection dates to exactly when Shakespeare was writing, suggesting it’s a great example of the kind of clock Jaques was referring to in the play.

It’s shaped like a ring, and when held up to the sun, can show the user the time of the day by casting the light through the hole and onto the hours marked inside the ring.

For William Shakespeare, sun dials were an everyday object, something that was common, available in many places from the sides of buildings to gardens, adn even in your nieghbor’s coat pocket. It was, albiet not perfect, well established way of keeping track of the day fo