Did Shakespeare Use a Broom? 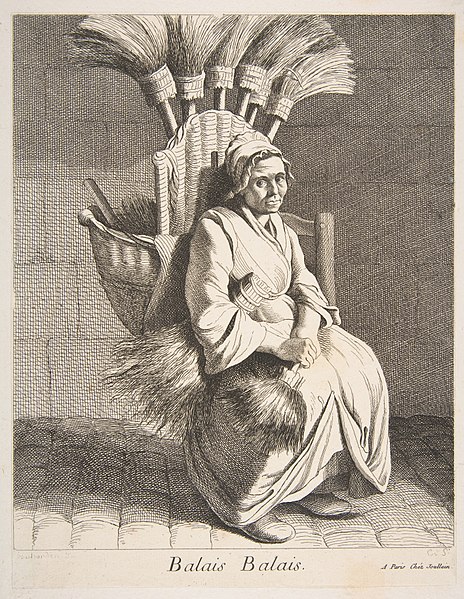 Of course, this is what we call a broom. But Did Shakespeare Use a Broom? Let's explore.

I am sent with broom before, To sweep the dust behind the door.
Puck

In 1778, Samuel Johnson and George Stevens wrote wrote that “We still say that a husband hangs out the broom when his wife goes from home for a short time; and on such occasions a broom besom has been exhibited as a signal that the house was freed from uxorial restraint, and where the master might be considered as a temporary bachelor. [Samuel Johnson and George Steevens, notes to “The Tempest,” 1778] Interestingly they wrote this during their commentary on Shakespeare’s play, The Tempest, as an explanation for one line in which a reference to this instrument appears.

To make cold nymphs chaste crowns; and thy broom -groves, Whose shadow the dismissed bachelor loves, Being lass-lorn…

– Iris, Act IV Scene 1, The Tempest There are two other places Shakespeare mentions brooms and cleaning:

I am sent with broom before, To sweep the dust behind the door. Puck, Midsummer Night’s Dream V.1

and then again when Jack Cade says,

I am the besom that must sweep the court clean of such filth as thou art. Henry VI Part II (IV.7)

So apparently, the tradition of a broom being symbolic existed in Shakespeare’s lifetime, and they were associated with cleaning, but considering the history of objects and how items from today go back just as well as the history of people, I wondered what kind of technological advances had been made in terms of household cleaning. They had all those churches, cathedrals, shops, and homes in Shakespeare’s lifetime–but did they use a broom like we have today to clean them?

Old English besma “bundle of twigs” (used as a broom or a flail) https://www.etymonline.com/word/besom#etymonline_v_11072 The basic design involved binding the sweeping bundle to a wooden stick with rope or linen twine. However, these homespun brooms had short lives and had to be replaced often. The professionalization of broom-making appears to have begun in Anglo-Saxon England, where artisans known as “besom squires” in the southeastern region would take twigs from the many birch trees in the area, trim and then lash them to poles of chestnut and other woods

A broomsquire is someone who makes besom brooms for a living. It is a trade that was historically usually unique to heathland areas of England. The broomsquire tended to use heather or birch twigs gathered from the heathland to make the brooms.

For Shakespeare, these broom salesmen would undoubtedly been seen in the streets whether in London and Stratford Upon Avon.

These brooms are more what you might call rudimentary than the ones we have today, and this broom I have here uses plastic bristles, where Shakespeare’s would have certainly been made of plants and twigs. But the general design hasn’t changed (perhaps a sign of much needed innovation?) in close to 500 years.

GET SHAKESPEARE HISTORY DELIVERED
Sign up for the free email newsletter and have the latest content delivered right to your inbox every Monday. I'll send you this free Hand Illustrated Diagram of the Globe theater to welcome you.