One of the ways we fund the podcast is through affiliate links. If you purchase these items through our links, we make a commission. This post, and all the posts here on our website, may contain such affiliate links. To contribute to our show directly, consider becoming a member.

Welcome to Episode #177 of That Shakespeare Life, the podcast that takes you behind the curtain and into the life of William Shakespeare.

When William Shakespeare was just 24 years old, a man named Timothy Bright would introduce a system of writing called charactery to England, setting off a wildfire of shorthand manuals, methods, and training where people flocked to learn this new, symbol based, system of writing that allowed the spoken word to be captured verbatim in real time. Notes and letters from philosophers and travellers in the late 16th and early 17th centuries remark that the fascination and mastery of shorthand was a skill seen internationally as uniquely English. The skill was so popular in England that it would even travel across the Atlantic with the British Colonists and find a place in the foundation of the New World, with the system of tachygraphy (created in 1626) being used by American President Thomas Jefferson in the 18th century. While many of the surviving copies of shorthand we have today exist on ink and paper, we have extant records that indicate shorthand was also useful on wax tablets, writing tables, and even with the graphite pencil. Since these alternate writing materials are designed to be temporary, their existence is something we only know about today from references we find in writings like early modern plays, including Shakespeare’s two references to “charactery” in Julius Caesar and Merry Wives of Windsor. Here today to help us explore the evolution of charactery from new fangled idea to valuable career over the course of Shakespeare’s lifetime is our guest and author of ““All the World Writes Short Hand” , Kelly McCay. 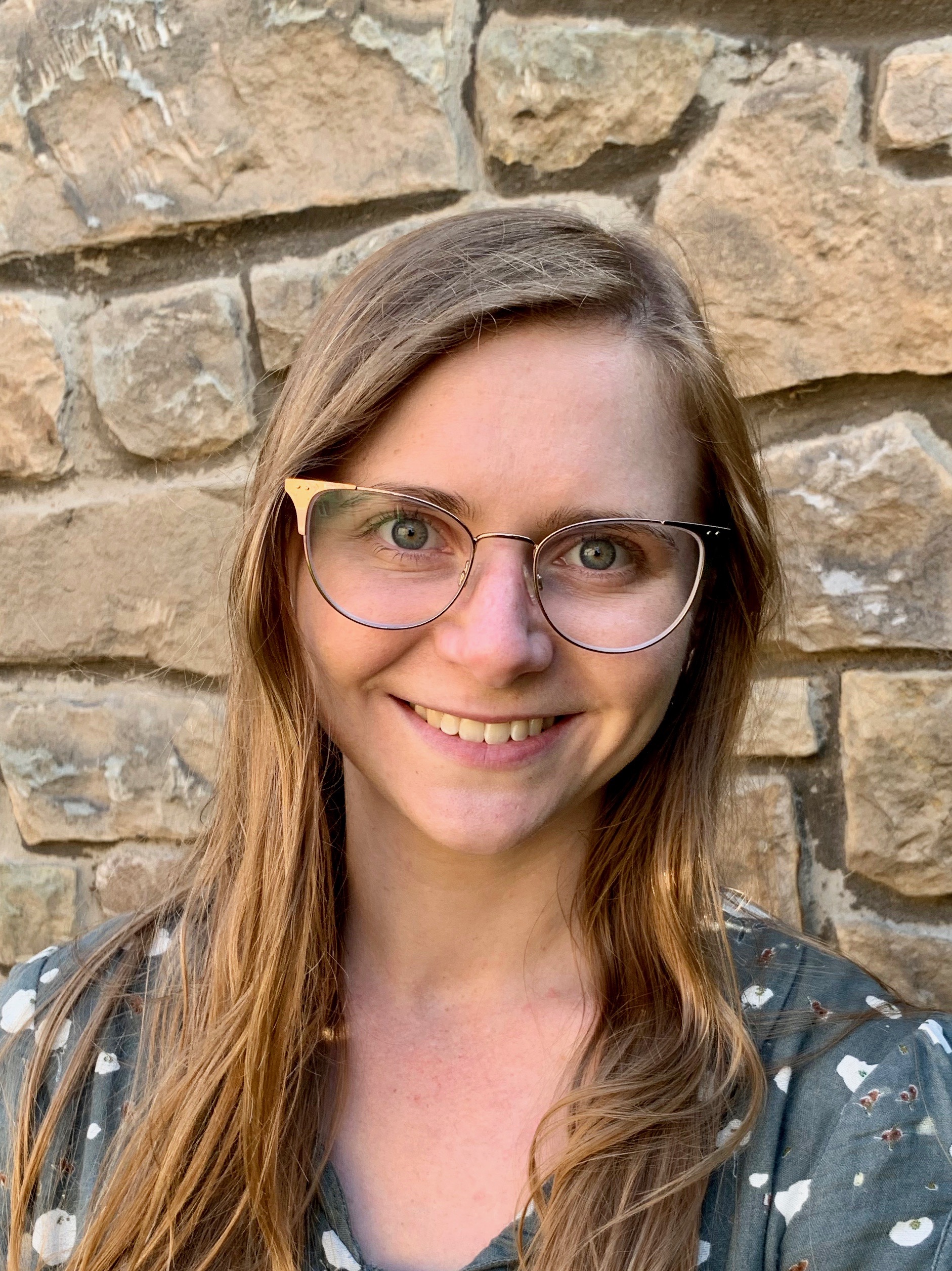 Kelly McCay is a graduate student in the History Department at Harvard University. She received her undergraduate degree from Princeton in Linguistics and started studying English shorthand systems during her MPhil in Early Modern History at St John’s College, Cambridge. Kelly’s research is primarily focused on the history of ideas of language in Early Modern England, and her dissertation centers on conceptions of writing, language, and written language in that same context. Her recent article in Book History “‘All the World Writes Short Hand’: The Phenomenon of Shorthand in Seventeenth-Century England,” explores the evidence in printed books to trace the preponderance of shorthand and attitudes toward the art throughout the seventeenth century.

In this episode, I’ll be asking Kelly McCay about :

Kelly McCay recommends the Masters Thesis by Theodore Richard Delwiche, “Masters of the Manuscript, Makers of Knowledge: Colonial New England Students and Their Shorthand Notes” (Master’s Thesis, Groningen University, 2020). This thesis is not currently uploaded online, but you can request a pdf at Academia.edu here or you can reach out to Teddy directly at Yale University, where he is a 2nd Year PhD student.

Kelly McCay recommends Timothy Underhill, “John Byrom and Shorthand in Early Eighteenth-Century Cambridge,” Transactions of the Cambridge Bibliographical Society 15, no. 2 (2013): 229–77. Unable to find a direct link to this work online, I refer you to your local librarian who can help you acquire a copy. I was able to find one listing on Amazon that I believe is correct, and while I will provide that link below, if you want to be sure you’re reading what she recommends, please do your own research (and consult a librarian–librarians know all.) The Library: A Quarterly Journal of Bibliography (Transactions of the Bibliographical Society) Fourth Series Volume XV

You can find this article as a downloable pdf on Academia.edu here (And if you go to your local library–or even email them–the above citation and tell them you want to read a copy, you can read this work for free through your library and they might even be able to get you a copy you can purchase in expensively.) 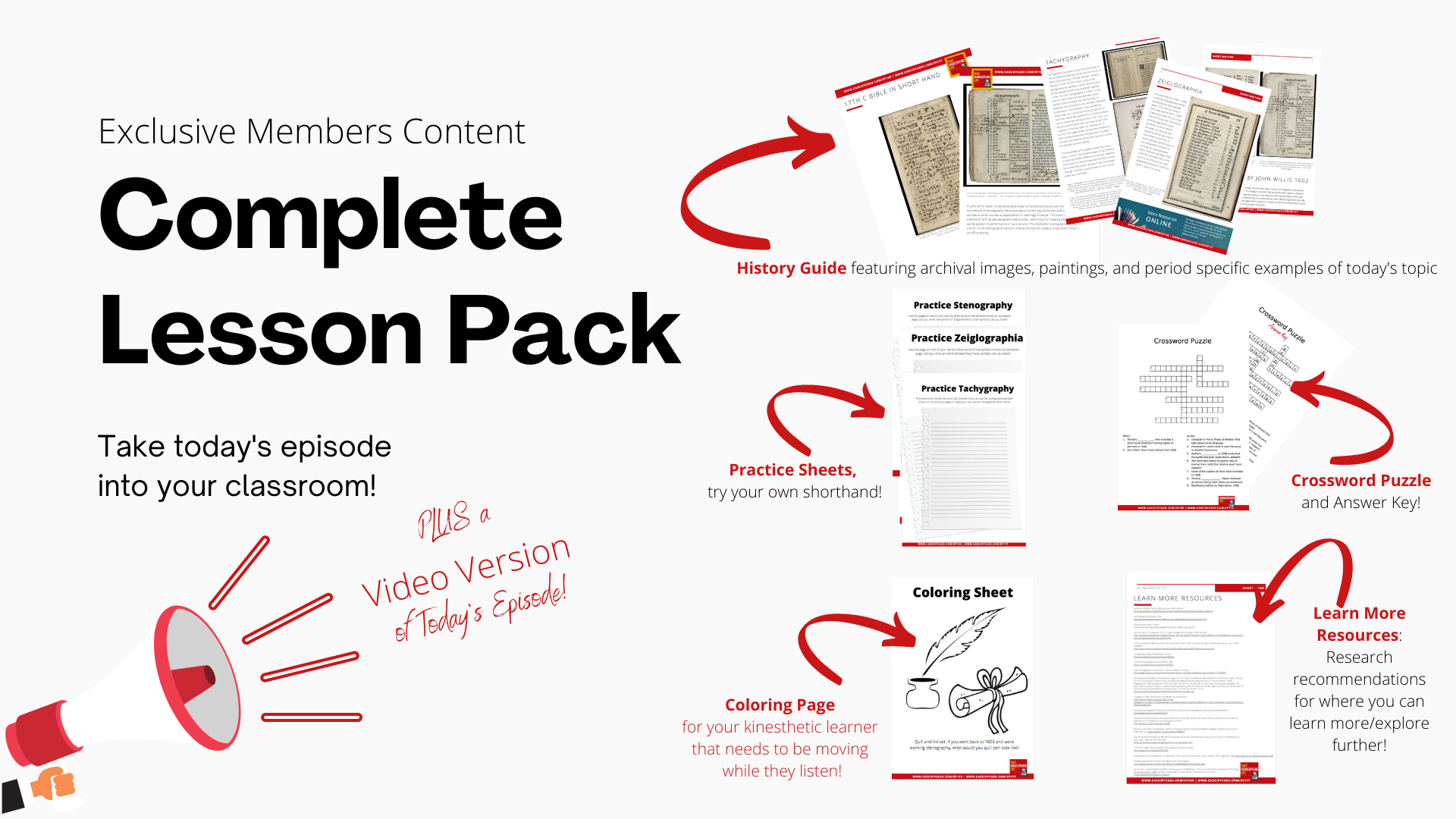 (The Lesson Pack materials are linked inside the detailed show notes for easy access!)