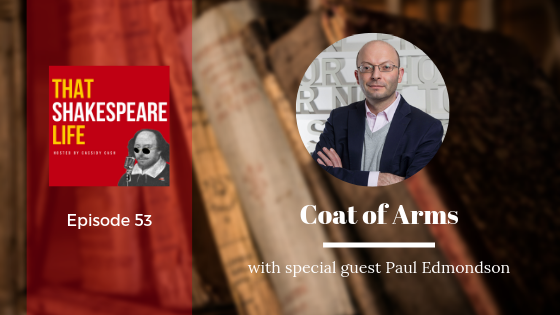 Welcome to Episode #53 of That Shakespeare Life, the podcast that takes you behind the curtain and into the life of William Shakespeare.

We are officially celebrating our ONE YEAR PODVERSARY! That’s right, That Shakespeare Life is a whole year old tomorrow, April 23, 2019. We started on the bard’s birthday last year and have spent 52 incredible weeks learning about the life and history of William Shakespeare. We appreciate you listening to the show beyond what mere words can convey. It’s been a delight to spend this year with you and we look forward to the opportunity of many more!

To kick off another great year of Shakespeare history this week, we celebrate Shakespeare’s 455th birthday by taking a look at how William Shakespeare became a proper gentleman.

William Shakespeare was born into a middle class family of modest means, but not with a formal status in society. His father, John Shakespeare, was a tradesman, first as a glove maker but also served in an official town council capacity as both alderman and the town’s ale taster. Through the work of his father and the established  lineage of his mother, William was able to secure an official coat of arms for his father in 1596, when William was just 32 years old. William Shakespeare represents one of only 17 tradesmen in a town of approximately 2200 who successfully applied for a coat of arms that year. 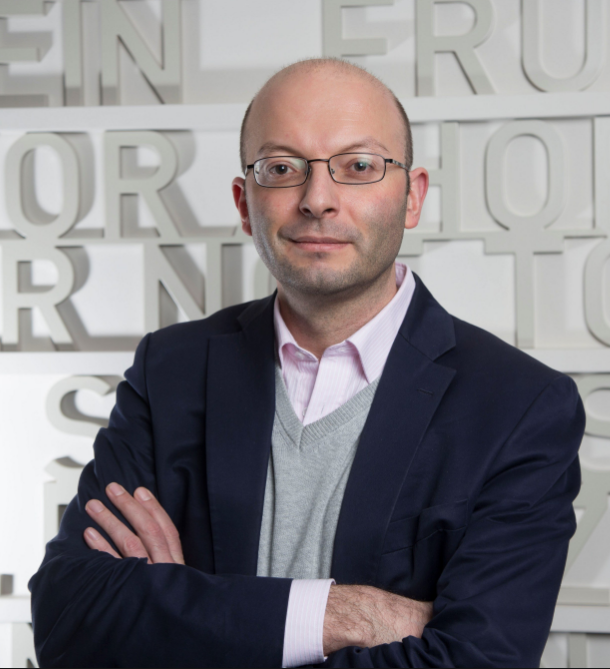 Paul Edmondson is Head of Research and Knowledge and Director of the Stratford-upon-Avon Poetry Festival for the Shakespeare Birthplace Trust. He is the author, co-author, and co-editor of many books and articles about Shakespeare, including Shakespeare: Ideas in Profile (an overview of Shakespeare for the general reader), Twelfth Night: a guide to the text and its Theatrical Life, The Shakespeare Circle: An Alternative Biography and Shakespeare Beyond Doubt: Evidence, Argument, Controversy (both with Stanley Wells for Cambridge University Press), Shakespeare’s Creative Legacies (with Peter Holbrook for The Arden Shakespeare);and Finding Shakespeare’s New Place: an archaeological biography (with archaeologists Kevin Colls and William Mitchell for Manchester University Press). New Places: Shakespeare and Civic Creativity (co-edited with Ewan Fernie is forthcoming with The Arden Shakespeare).

In this episode, I’ll be asking Paul about :

Two of the first, like coats in heraldry/ Due but to one and crowned with one crest.

Eligibility for a Coat of Arms

In England, it was the individual instead of a family which bore a coat of arms. Coats of arms constituted legal property and could be transmitted from father to son. If you were not born into a noble family where a coat of arms was conferred upon you, it was possible to apply to the College of Heralds to be granted a coat of arms. William Shakespeare’s family were tradesmen and not in possession of a coat of arms. Consistently seen through his history to be highly ambitious, a coat of arms was something William wanted for himself, as well as a status symbol his father, John, had unsuccessfully applied to achieve during William’s childhood. In 1596, at the age of 32, William helped his father apply and successfully achieve the granting of a coat of arms and the official status of a gentleman for the Shakespeare family. Once granted, the arms could be displayed proudly above their home.

It was a crest ere thou wast born.
Thy father’s father wore it; 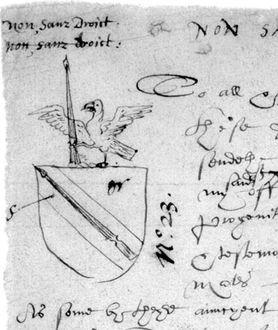 Design for the coat of arms for John Shakespeare. 20 October 1596. Source

Design for the Coat of Arms

It is unknown who officially drew the above rendering of Shakespeare’s coat of arms design. While it would have been drafted at the College of Heralds, the Shakespeare family would have had say in the design features. The symbolism to be found on the coat of arms including the colors, the layout, the animals, and symbols chosen were put there intentionally by William and his father, John, to represent the status and honor of their family.

for thy favors done
To us in our election this day,
I give thee thanks in part of thy deserts,
And will with deeds requite thy gentleness:
And, for an onset, Titus, to advance
Thy name and honourable family, 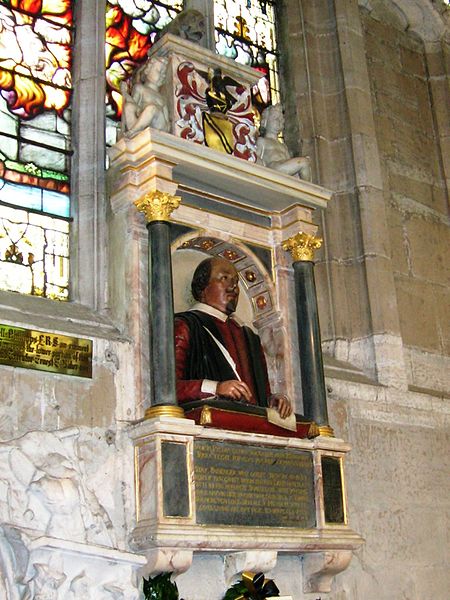 Monument to William Shakespeare inside Holy Trinity Church in Stratford Upon Avon, England. This monument is on the wall above Shakespeare’s grave and you can see the coat of arms displayed above the monument. Source

Where to see the Shakespeare Coat of Arms today

Shakespeare’s coat of arms can be seen today displayed above his monument at Holy Trinity Church. The source documents, like the page showing the official coat of arms grant, is housed as part of the collections of The Folger Library in Washington DC. They are also available via Shakespeare Documented to be viewed in digital form. If you visit Shakespeare Birthplace Trust, you can see various versions of the coat of arms on display at the five properties there, including above the entrance to New Place, the Shakespeare Centre, and more.

Show’d thy dear mother any courtesy,
When she, poor hen, fond of no second brood,
Has cluck’d thee to the wars and safely home,
Loaden with honour. 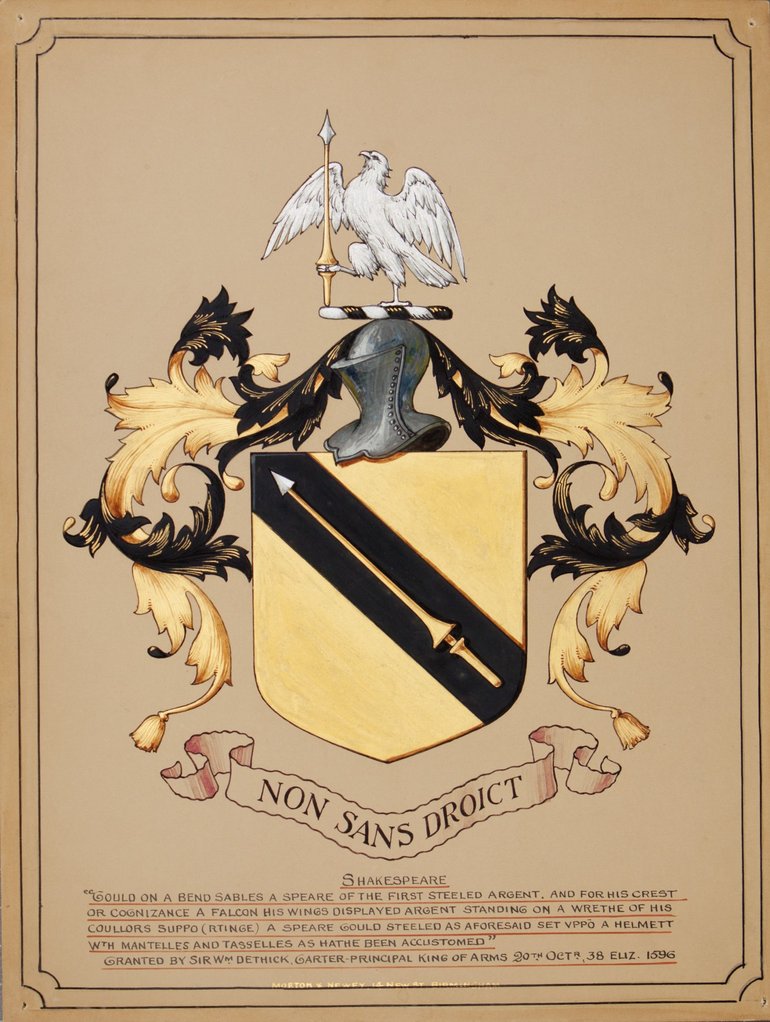 “The grant document includes a rough drawing and the following technical description of the coat of arms: ‘Gold, on a bend [diagonal bar] sable [black], a spear of the first [i.e. gold], steeled argent [with a silver tip]; and for his crest… a falcon his wings displayed argent [silver], standing on a wreath of his colours supporting a spear gold, steeled as aforesaid, [i.e. silver] set upon a helmet with mantles and tassles’.” Source

The Shakespeare family motto can be translated as “not without right.” It is widely believed that such a motto was chosen by William Shakespeare as a way to express their rebuttal of doubts about the worthiness of a tradesmen and his playwright of a son to hold such a status in society. It is thought that the Shakespeare family had many who felt they did not deserve the advancements and successes enjoyed by both father and son professionally as well as financially. The acceptance of the College of Heralds of their application for a coat of arms, as well as the confirmation of gentleman status that was afforded the Shakespeare family in this granting arms is one way William Shakespeare declared himself, and further solidified, his position as a proper gentleman in the eyes of those who witnessed his life. 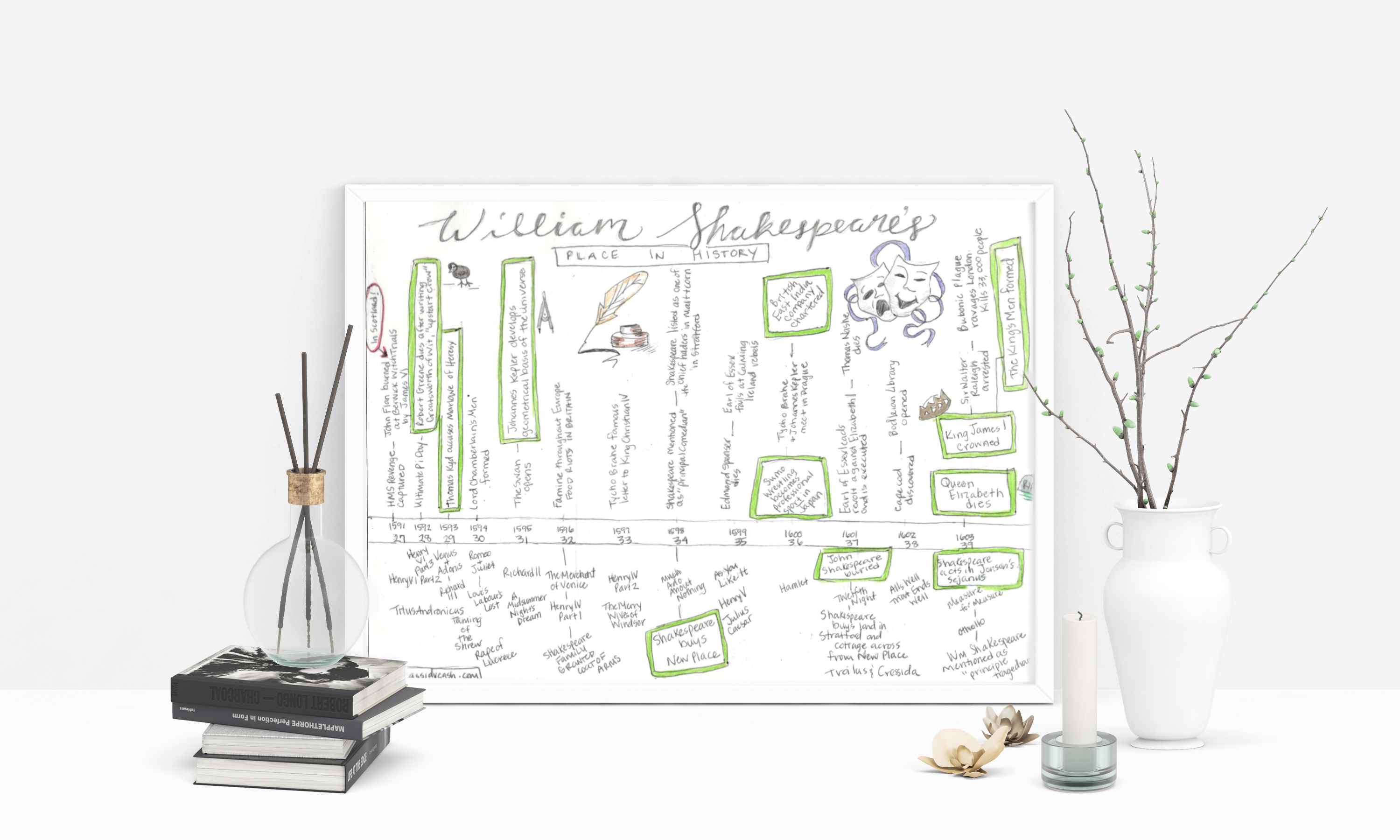 A timeline showing Shakespeare’s life, when he wrote his plays, and what was going on in England. 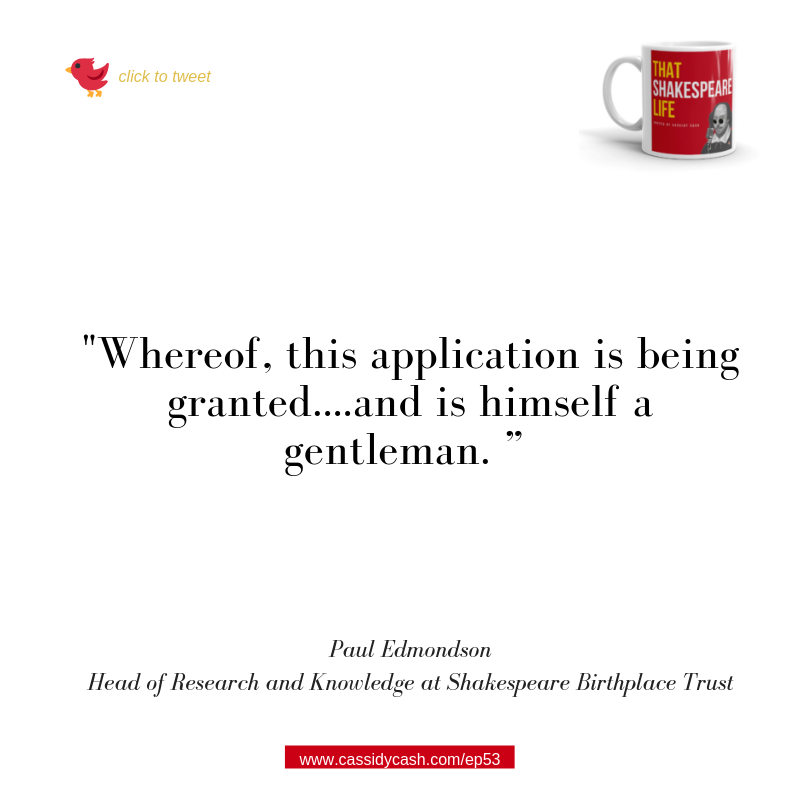