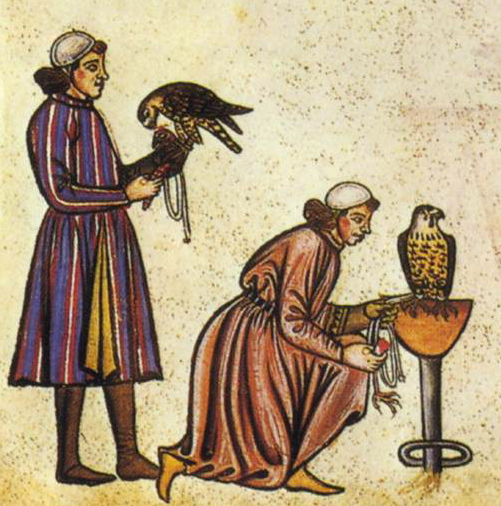 In his plays and poems, Shakespeare frequently used phrases that reference large birds of prey. He either observed or participated in falconry (also called hawking) in and around his hometown of Stratford, one rural town like the ones where falconry was known to be popular.

As we learned in this week’s episode of That Shakespeare Life (www.cassidycash.com/ep23), some of Shakespeare’s references are so specific that historians and professional hawking experts alike are convinced the bard could not have simply read about the sport, but must have visually witnessed the sport as well.

But was seeing it enough or did Shakespeare play as well? We decided to find out this week, by asking:
Did Shakespeare Practice Falconry?

References to several varieties of raptors—including falcons, hawks, eagles, owls, and kites—appear in metaphors, similes, and other imagery in Shakespeare's works. Such references enrich and vivify his writing, as in the following passage from Macbeth. It presents the reaction of the stunned Macduff to news that Macbeth's henchmen have murdered Macduff's wife and children.

Hell-kite is an allusion to Macbeth and At one fell swoop is a phrase that would go on to become a common part of the English language.

He talks about the buzzard in Richard III. Eagles are given no less than 11 references by the bard, including Richard III as well as severa of the Henry plays and even Romeo and Juliet. Shakespeare mentions the hawk, osprey, falcon, eyas, kite, owl, pelican ,vulture, and others in his plays. (There’s a link to an article by Michael Cummings in today’s show notes where you can read the exact references to these birds)

With this almost encyclopedic knowledge of birds of prey, and using falconry specific language in his pays, the bard obviously knew about the sport, and the birds involve din playing it. But would Shakespeare have participated in it? 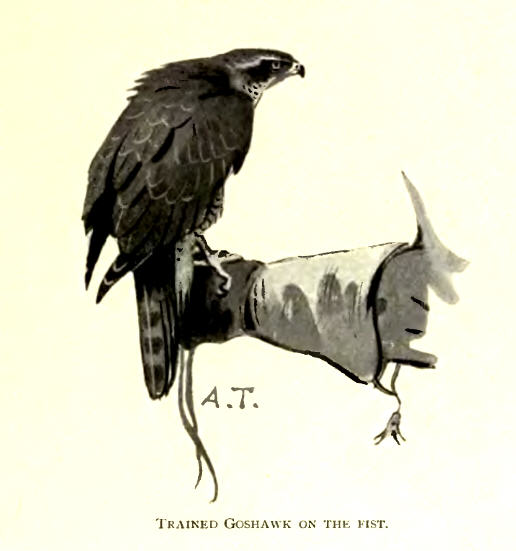 In ancient times, where the sport had it’s beginning, falconry was a way to put food on the table. It was the same kind of sport as shooting a gun is today, or archery. It started as a way to catch food, and while it continued to be used for that purpose in Shakespeare’s lifetime, it had also developed into a popular sport for nobility and gentry of Shakespeare’s England.

To participate in the sport required a lot of expense, so it wasn’t something you could do readily unless you had the discretionary income to afford it. The birds had to be housed in a specific housing arrangements, and required a professional falconer be kept on site to handle the birds. 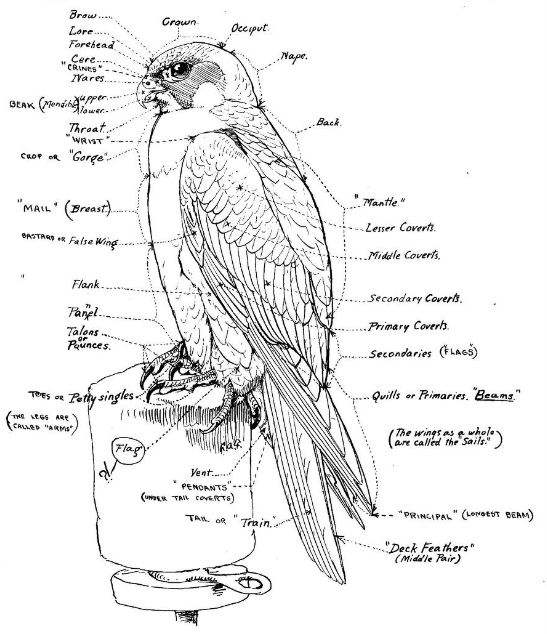 Exactly how much money Shakespeare had is a matter of debate. Some historians want to place him in the middle class range, scarcely able to afford small luxuries, while others point out that he purchased the second largest house in Stratford, regularly travelled to and from London, and participated in other various activities that demonstrated Shakespeare was of considerable wealth and status. So when it comes to whether or not he could afford the sport on a strictly financial basis, it’s hard to tell.

What’s not hard to tell is that Historically, falconry was a popular rural sport, and status symbol, among the nobles of medieval Europe. Eggs and chicks of Birds of Prey were rare and expensive, and since the process of raising and training a hawk or falcon takes time, money and space, it was almost exclusively restricted to the noble classes.

Henry the 8th was an avid falconer and it is said that his falconry mews were larger than his stables. (Source: https://www.cheshirefalconry.com/history-of-falconry) Mary Queen Of Scots had a passion for falconry, and delighted in flying Merlins.

These birds of prey were extravagant gifts often given between dignitaries and royalty.

Shakespeare used falconry so much in his plays, and was so accurate with his representations, that many historians believe William Shakespeare was a falconer himself. So the answer to this week’s question is “Yes!” William Shakespeare did practice falconry. Either as a professional in the sport himself, or as an avid fan and observer.

That’s it for this week here at Did Shakespeare. I’m Cassidy Cash and I hope you learned something new about the bard.