Hot Chocolate from the 17th Century 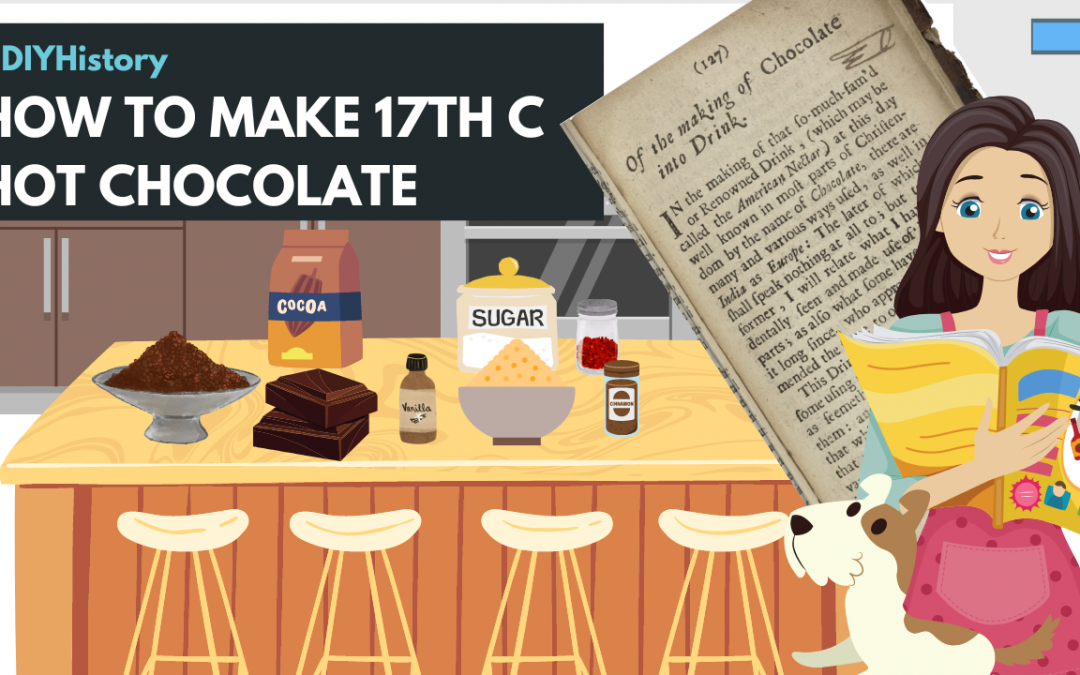 Join as a member of That Shakespeare Life and we’ll send you a new kit every month that includes everything you need to complete activities like this one at home, or in your classroom. Explore membership

In our recent podcast episode with Elisa Tersigni, we discussed Coffee, Tea, and Chocolate, from the 16-17th century to better understand what was going on in the world related to these caffeinated delectables as well as how much Shakespeare might have interacted with them.

During that conversation, Elisa shared with us a recipe from RareCooking.com that was written by William Hughes in 1672. Hughes, as a botanist, encountered several plants during his explorations and wrote about them in a book called “The American Physitian,” inside which he dedicated an entire section to the cacao tree.

Part of his writings outlined a popular drink called “American Nectar,” having been shared with Hughes from the native tribes in North America.

This nectar was what we know today as hot chocolate.

Hughes is widely credited for being the person who first brought hot chocolate to Europe, though there are records (like the painting below) showing Spanish cultures having hot chocolate in the 16th century. So while the entirety of Europe may not have been ignorant of Hot Chocolate, Hughes can be given credit for letting the English know about it!

In this week’s episode, we are going to make his recipe for hot chocolate. Follow along and if you make it for yourself, let me know in the comments how it turned out, and what you think about some of the more exotic flavors.

Here are some sources and more information on hot chocolate from the 16-17 the century that you might enjoy: