Part 2: Did Shakespeare Study at a Library? (A look at 17th century libraries) 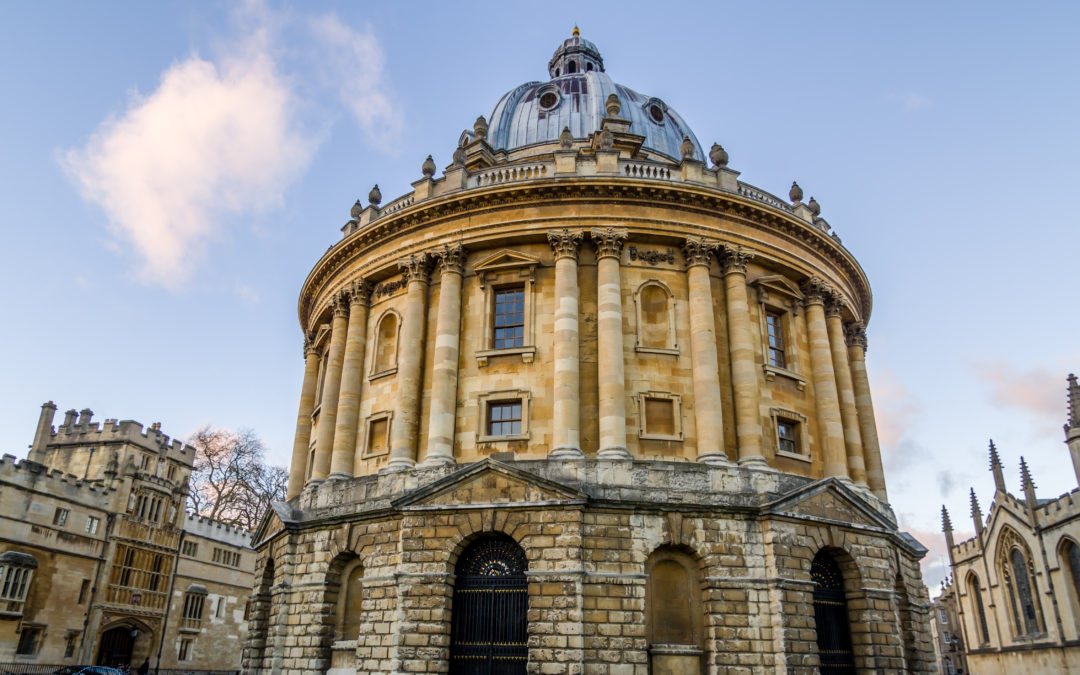 William Shakespeare lived and worked at the start of what historians refer to as The Golden Age of Libraries. It was a boom of library expansion and establishment fueled by a culture which valued education and wanted to see knowledge found in manuscripts preserved. Influenced by the high value placed on manuscripts following the great fire of Alexandria which caused small monasteries to hoard and prize the few copied manuscripts that survived, Renaissance England saw the practical application of knowledge and sought to foster it. In Shakespeare’s lifetime there were at least 7 libraries in an around London, with countless other smaller ones held in private estates across England. In this week’s article (and youtube video) we take a look at the libraries, like The Bodelain Library at Oxford University, which began during Shakespeare’s lifetime.

I’m including the video of Part 2 here in this article. If you haven’t yet seen Part 1, you can watch that here.

The Francis Trigg Chained Library was founded in 1598 in Lincolshire, England. When Shakespeare was 34 years old. It was the same year that Shakespeare’s first quarto editions of Henry IV part 1 and Love’s Labour’s Lost was published and the year Shakespeare and his friends financed The Globe Theater.

During the time of his most famous writings and the height of his career, libraries were a popular and growing industry in England

.[70] Thomas Bodley founded the Bodleian Library, in 1602 which was open to the “whole republic of the learned”, making it one of the first in England built for the purpose of being a public library.

Norwich City library was established in 1608[71]

early town libraries of the UK include those of Ipswich (1612),

One of the first public libraries, the Plume Library was established by Reverend Doctor Thomas Plume to house his library of over 8,000 books and pamphlets dating from 1487-1704

Re-established in 1602, the library is the second largest in England and one of the oldest in Europe. The library was one of the first libraries open to the public in England.

Built under the direction of Thomas Preston around 1600, Trinity Hall Library used chains on the desks. A lock was placed at the end of the book desk to allow for books to be moved.

The Hereford Cathedral library was established in 1611. One of the only surviving chained libraries, it contains books date from the 12th to 19th century.

According to a a study done by Anne Dillon at Project Muse, book owners were from varied social backgrounds following a range of occupations, including—among others—rural clergymen and landowners, lawyers, physicians, grocers, bakers, haberdashers, blacksmiths, a scrivener, and an innkeeper.

The modern Raglan Castle was built between the 15th and 17th centuries. The castle contained an important collection of Welsh documents and books.

Thomas Percy, Early of Worcester, is mentioned in Richard II and featured again in Henry IV Part 1 as a traitor to the crown.

Being mentioned in his play is hardly evidence that Shakespeare visited the Earl of Worcester’s library, but it is a connection between the two.

The 4th Earl of Worcester (who was an important advisor to James I, and served as Lord Privy Seal. As the Lord Privy Seal, he has almost unlimited access to the King and his council’s documents, and enormous personal access to the monarch himself, allowing him to give the King influential advice

Undoubtedly someone you would want to know well during a time when the monarch’s personal opinion of you determined your fate.

Another example, John Dee who was a courtier of Queen Elizabeth I, born in 1572 (when Shakespeare was 8), “During his lifetime, Dee accumulated dozens of artifacts and books and his house in Mortlake, London, became one of the largest libraries in England.”

A polymath, he was a proto-modern scientist, a friend of Tycho Brahe, with interests in rational thought, as well as magic. He was a skilled astronomer but also an astrologer; a mathematician but also an alchemist.

Shakespeare is said to have based the characters of King Lear and Prospero on the life of John Dee.

It’s conceivable to think that Shakespeare made networking an important part of his functionality in marketing his own brand.

Since we do not have library cards from the late 16th century and early 17th century, there’s no exiting record of Shakespeare taking out a book or making one of those security deposits to borrow one.

What we can tell from this example is that for writers, philosphers, and certainly of courtiers, it was important to be well read and well educated.

That being the standard which was set, Shakespeare was operating well within the established norms for men in high standing when he made a point to be educated in a multitude of topics.

Having such contemporaries as men like John Dee from which he could have borrowed books or even read them if he visited his home.

To learn more, start with this list of over 30 excellent research articles.