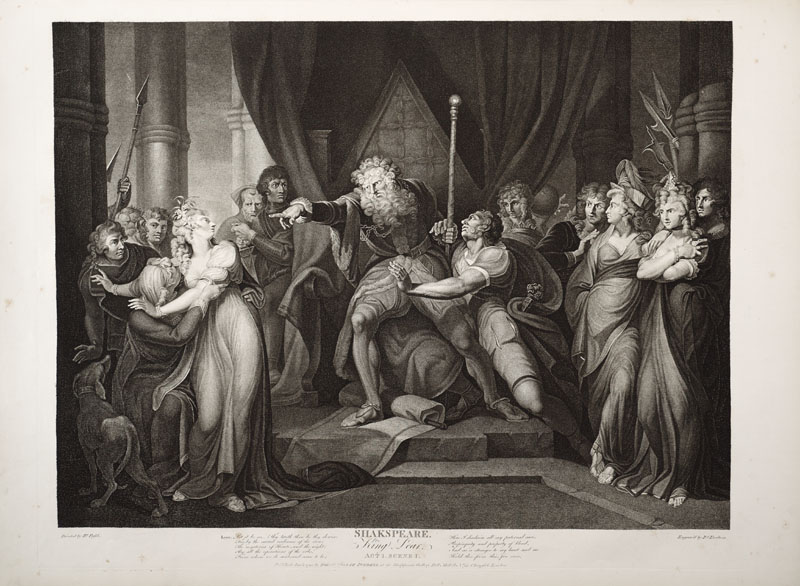 Watch the full episode here and keep scrolling to read a brief history of football in Shakespeare’s lifetime.

While the game of football wasn’t declared an official sport until well into the 19th century, it was played among the populace well before that time. In the 17th century, football, which was often called “Mob football” was played by neighboring towns and villages. The way it was played were two groups were formed, the opposing teams, and they set markers at each end of the town. Then, using any means neccessary, each team would take a football made of a pig’s bladder, and get it across the opposing team’s marker to win the game. The only rule was that the “means” could not lead to murder or manslaughter. Perhaps that’s why modern versions of the game are so tough!

What does this have to do with Shakespeare? Well, it just so happens that one of the earliest known references to football that we have occurs in Shakespeare’s King Lear.

He mentions it once in Comedy of Errors, and again in King Lear when the Earl of Kent declares, “Nor tripped either, you base football player.” (Act 1 Scene 4) 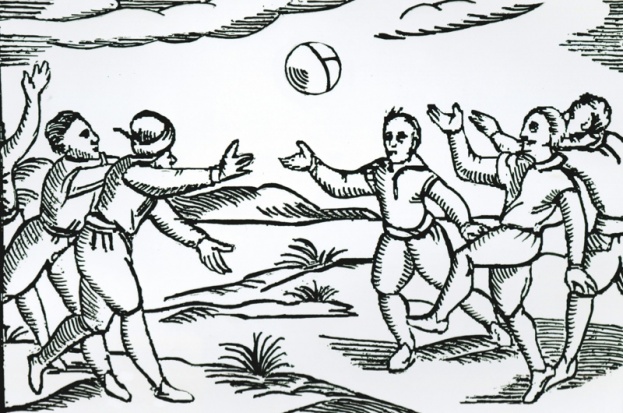 The first image is of a wood cutting showing Elizabethans enjoying what is described as a “bloody and muthering” game of football (photo from the Bridgeman Library) and the second image is of the world’s oldest football, found in Mary Queen of Scot’s bedroom during the mid 16th century. (She died when Shakespeare was three years old). Historians believe from evidence like this that royals hosted football games in their courtyards as early as the 15th century. 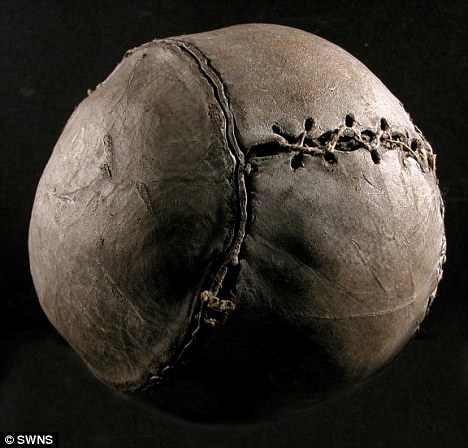 The oldest football in the world, found in Mary Queen of Scots bedroom from the late 16th century. Source

Robert Dover’s Cotswold Olympicks (sic), endorsed by King James I, is thought to have started around 1612, with some dating it as early as 1601, the same time period during which Shakespeare wrote King Lear, and this reference to football. James was famously supportive of sports, including football. King Lear was first performed in 1606.

We know that Shakespeare retired from acting around the year 1603, due presumably to failing health. Therefore, while it’s highly unlikely Shakespeare himself ever played the sport of football, it was popular during his lifetime. And from the numerous references to the sport we find in his plays, we can reasonably conclude that Shakespeare was, much like many people today, a fan of a good game.