Did Shakespeare Study at a Library? 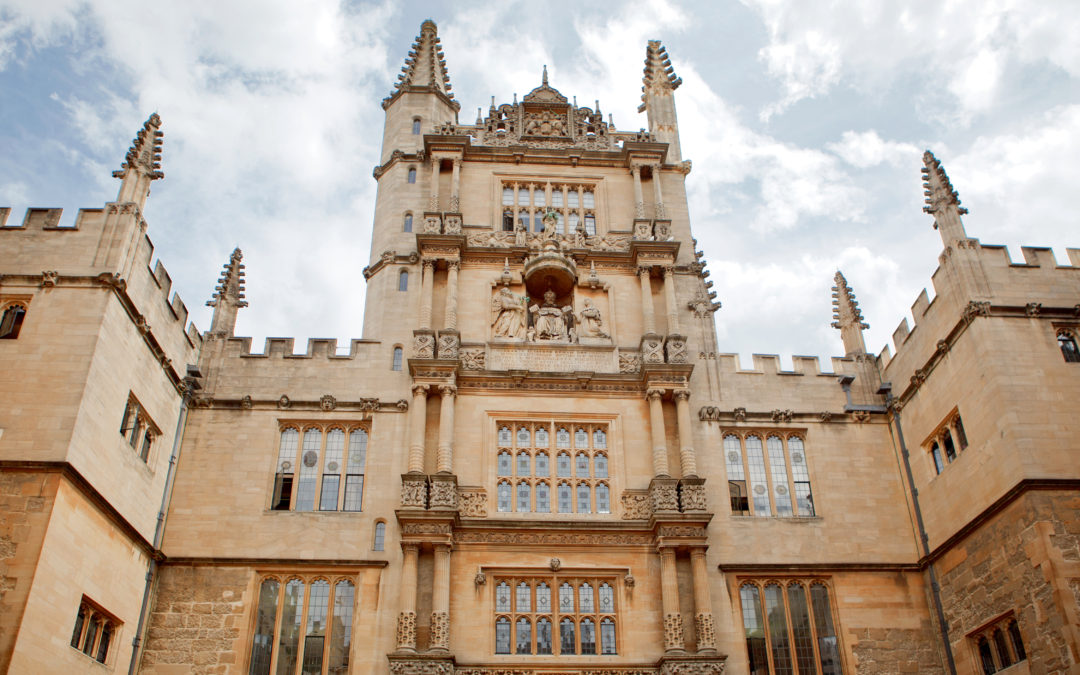 This week at That Shakespeare Girl, we are taking a look at libraries in Renaissance England. Spurred forward by a debate I saw on the Shakespeare Oxford Fellowship Facebook page.

They were discussing Shakespeare’s authorship question (decidedly with the bias against Shakespeare the man), and in the comments someone said “How did he know so much, I mean it’s not like he went to a library?!” He said that rather too confidently for my taste, so I went looking to see what, if any, truth there was to the accusation that Shakespeare would not have had access to libraries.

I expected the commenter to be correct, in complete honesty, but I was surprised to learn upon investigation that not only was A library available to Shakespeare, there were actually several large, storied, and historically strong libraries to which Shakespeare could have visited to learn all that he demonstrated in his plays. The pure fact of the matter is that not only were libraries available, but Shakespeare was living, and writing, during the start of The Golden Age of Libraries.

Here’s what I was able to find out:

We know that Shakespeare’s work contain detailed knowledge of specialized fields like philosophy, science, law, and even math.

But as a famous playwright and author, how did Shakespeare know so much about these concepts? He must have studied somewhere, but how?

When modern writers want to learn about a subject they may not have been personally trained in themselves, like law or medicine, they will research their topic before writing their story to be sure they have all the information correct so that their character or plotlines are more believable for a reader.

That research might take the form of reading books in a library to learn about subjects, or a time period, separate from their own experience.

Having written elaborate histories, tragedies, and comedies that focus on events and subject matter well before the life of Shakespeare himself, we know that Shakespeare must have done some studying of his own to develop a working knowledge of the topics he writes about in his plays. But where did he learn it?

Which brings us to this week’s question:

Did Shakespeare study in a library?

The history of libraries is a long one, with the original library dating back to Alexandria, Egypt in the 4th century BC.

It was known as The Great Library and was one of the largest and most sophisticated libraries in the ancient world.

After the collapse of the Roman Empire, however, the Moslems who took Alexandria burned the Great Library. The destruction and disruption of society ushered in the Dark Ages. What few manuscripts survived were preserved in small monasteries where monks meticulously copied the works to save them.

From there, libraries underwent a type of evolution. As the monks amassed a large collection of manuscripts, they would often be housed in larger monasteries or even universities. Because of their history of being destroyed and the intensely difficult measures it required to preserve them, medieval libraries were reluctant to loan their manuscripts or even allow outsiders to read them, for fear they would be lost. Often manuscripts and scrolls were chained to the floor, and they even established a process of demanding a large deposit or exchange of an equitable book in order to permit the loan.

However, in 1212 a religious council in Paris decreed that loaning books was an act of mercy, with the expectation that monasteries would be generous with their works.

These monastic libraries lead to the start of a library boom, of sorts, such that by the 15th and 16th centuries, it was popular for the learned and the humanists to have their own private libraries as a status symbol.

Collections of texts were considered luxury collectibles, and later held a reputation of being printed texts containing valuable and practical information.

Queen Elizabeth herself is said to have held a high opinion of education in particular, choosing of her own accord to translate documents from foreign languages into English and is known to have kept a vast library.

Which brings me to the point that education, and literary education in particular, was highly valued by the one woman who seemed to hold a position of supreme importance in Shakespeare’s life.

Indeed, Elizabeth can likely be credited with helping to usher in what historians call The Golden Age of Libraries during the 17th and 18th centuries.

Court life revolved around the monarch or prince it served, and for Renaissance nobles the best way to advance in their career was to gain their ruler’s favourable attention. However, courts could be large (Queen Elizabeth I’s was estimated to range from 1,000 to 1,500 people) so it was important to stand out from the crowd.

Source that tells about the size of Elizabeth’s court: https://www.bl.uk/collection-items/the-book-of-the-courtier-1588

Obviously, Shkespare felt that a good way to stand out from the crowd was to be well established in the arts and literature her highness held dear.

And if you were trying to make your mark, rather quickly, in London by getting the attention of the monarchy, what better way than to write a play which would delight your public audience (having never read those books upon which you based the play) and impressing your royal patrons when you show off your knowledge and education?

It seems that in Shakespeare’s time, learning was done much as it is now—with plentiful options at your disposal for where to look when you wanted to know something.

What we can say for sure is that libraries were certainly available in Shakespeare’s time, used by any public which could read, and since Shakespeare, by all accounts, was well read, it makes sense that at least some of his studies would have been done in libraries of the private or public variety.

This topic was HUGE when I started looking up libraries in the 16-18th centuries, it’s a fascinating sotry of how the concept of collected knowledge came into modernity. I’ll be posting all of the links to my research on the blog (Because there’s way more than I can share over video, or even fully here on the blog.)

To learn more, start with this list of over 30 excellent research articles.