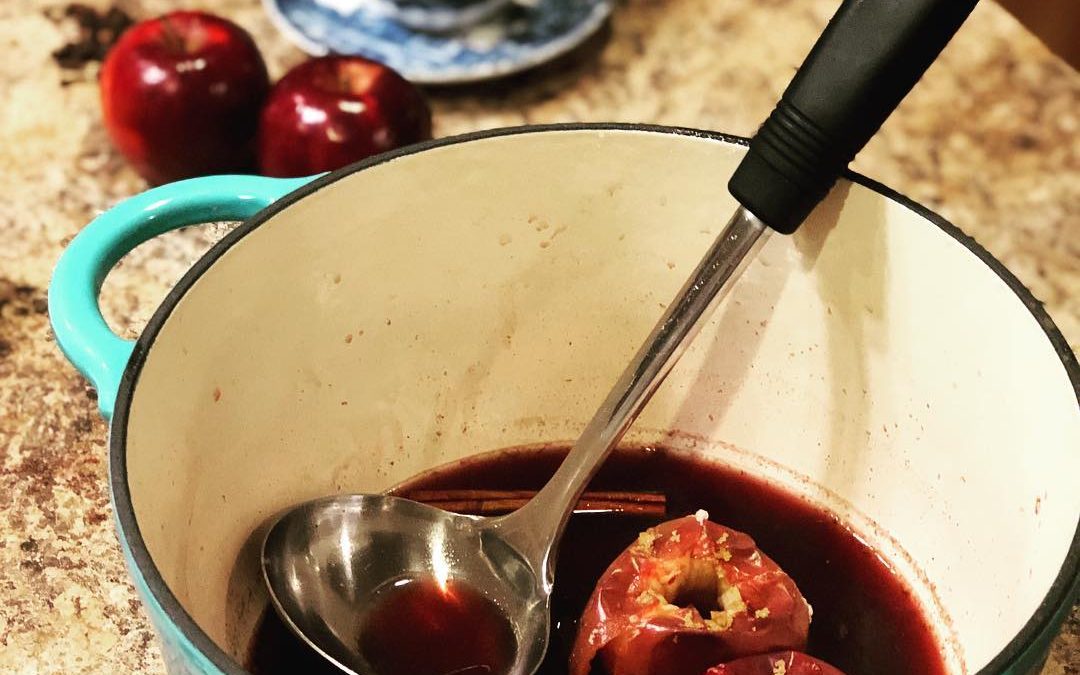 Wassail was a key part of celebrating Twelfth Night, which we talk about in this week’s episode of That Shakespeare Life, we talk with Francois Laroque. Dr. Laroque shares with us about Shakespeare’s play, Twelfth Night, as well as the real historical traditions the bard would have used to celebrate the holiday. Wassailing was the act of going from house to house singing what is comparable to Christmas carols today, and they often took with them (or received from the houses) this traditional apple wassail beverage that we make in this week’s episode of Experience Shakespeare: How to Make Traditional English Apple Wassail.

I started with this recipe from Lavender and Lovage. Then I changed/modified a few things. Here’s what I did.

This drink tastes like it has a high alcohol content to me. What that means I recommend is that you drink this in small doses and with food. Perfect party drink!

To learn how this drink appears in Shakespeare’s play, Twelfth Night, and the history of the Twelfth Night celebrations using wassail (the drink, and the song!) listen to this week’s episode of That Shakespeare Life at www.cassidycash.com/ep37