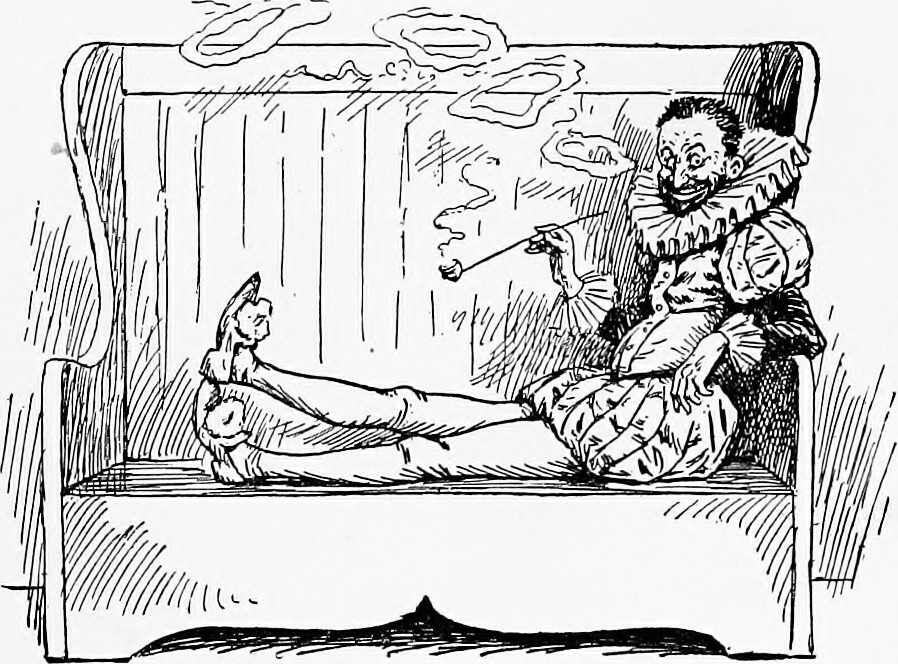 Tobacco was brand new in England in 1565, the year after Shakespeare was born, and it took the country by storm. After scientists found clay pipes in Shakespeare's Garden, it makes me wonder: Did Shakespeare Smoke Tobacco? Press play to explore.

Back in 2015, Time Magazine as well as Smithsonian Magazine and several others reported that clay pipes had been discovered in Shakespeare’s Garden, some which –once tested, contained traces of cocaine and cannabis, leading scholars to debate whether Shakespeare had smoked weed. (Source) We cover the history of weed and cannabis inside our episode Did Shakespeare Smoke Weed? Where I share with you the research from the team of scientists who discovered that cannabis inside Shakespeare’s Garden in that episode, which I will link to in the show notes for today. In this episode, however, I want to explore the idea of pipes in 16th century England by exploring the arrival of tobacco to England in 1565 and asking “Did Shakespeare Smoke Tobacco?”

After I filmed today's episode, I realized we have done a video on Shakespeare and Tobacco before. To see that video, watch here. We cover the same topic, but from a different angle, so both videos give you a glimpse into this question about the life of William Shakespeare. 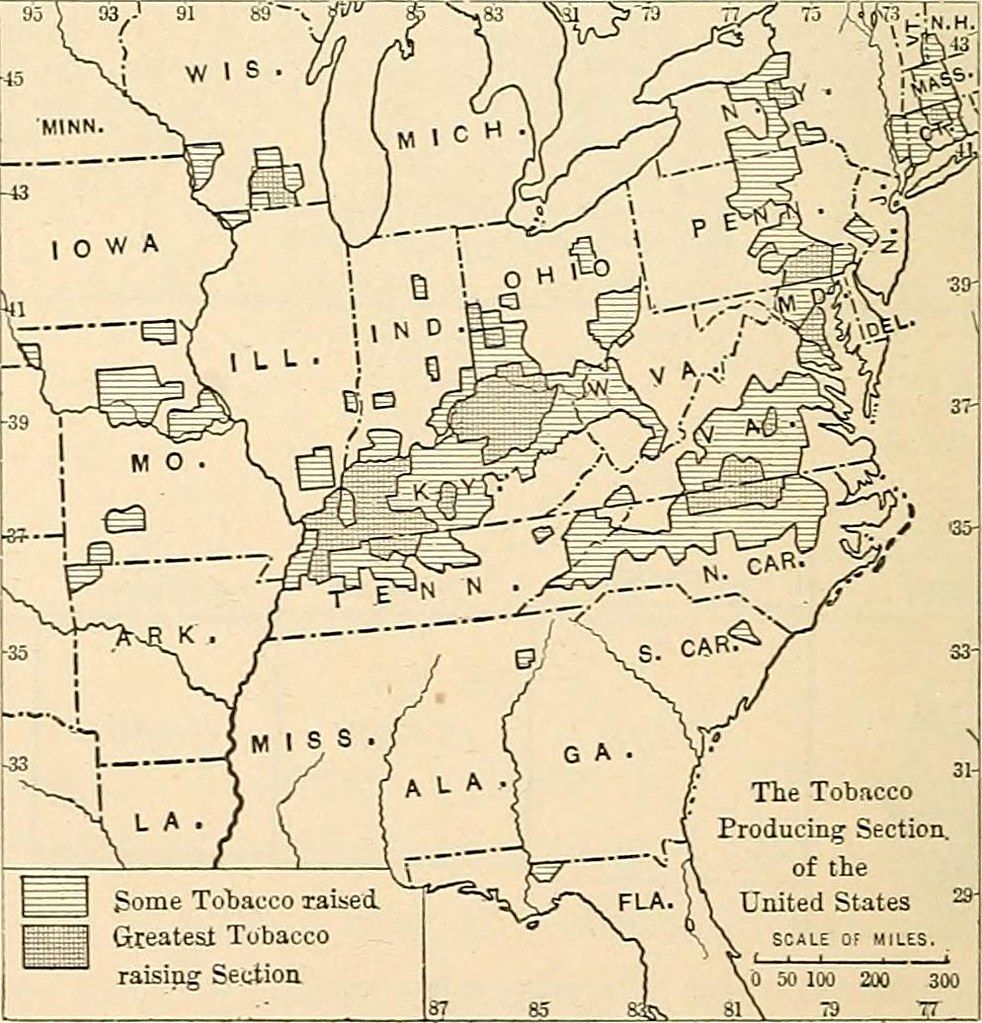 Map Showing States where Tobacco was primarily grown| Image from page 475 of “North America : with an especially full treatment of the United States and its dependencies” (1900) | Public Domain | Source

Tobacco grows natively here in the United States, as well as throughout North and South America. Europe did not discover this plant, however, until Christopher Columbus brought it back from his infamous expedition to the New World in 1492. Despite catching on in Spain at that time, it would slowly move across the rest of Europe, not arriving in England until 1565, when William Shakespeare was 1 year old. 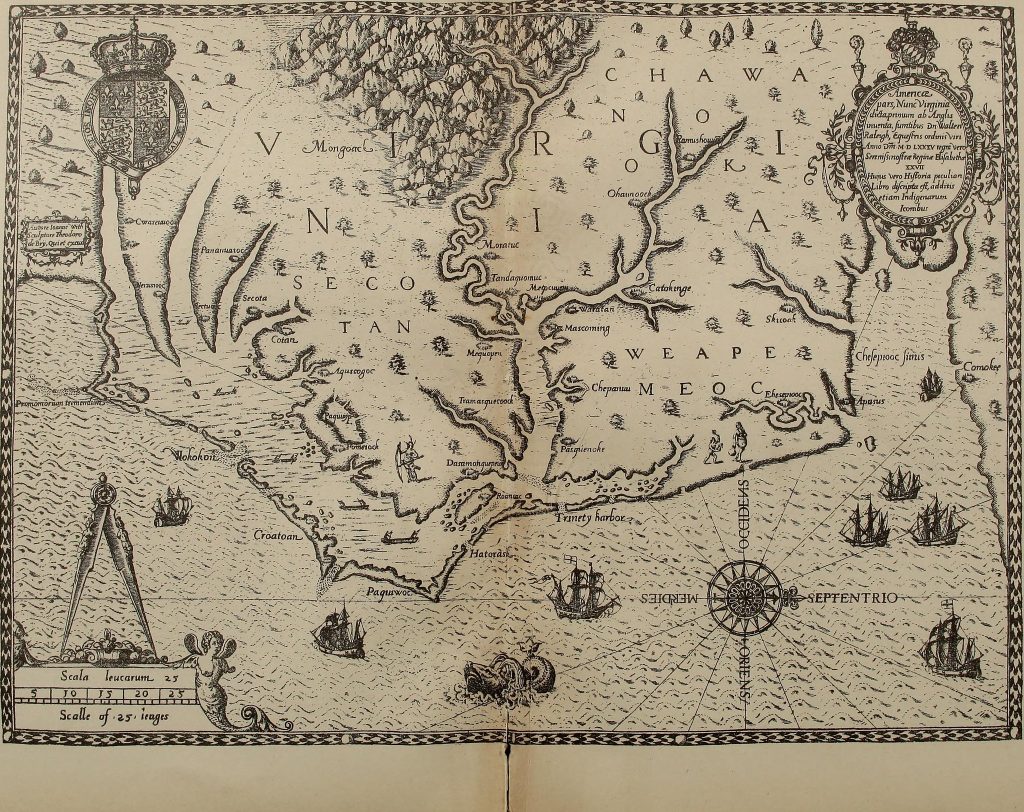 “The carte of all the coast of Virginia. II. The arriuall of the Englishemen in Virginia.” | Image from page 196 of “The Spanish letter of Columbus to Luis de Sant'Angel : dated 15 February, 1493, reprinted in reduced facsimile, and trans. from the unique copy of the original edition (printed by Johann Rosenbach at Barcelona early in April 1493)” | University of Toronto | Public Domain | Source

Once there, it became extremely popular, due in no small part to it’s addictive qualities. The primary attraction to tobacco for Europeans, however, was not recreational. Tobacco was considered a great medicine. One doctor in the 16th century wrote that tobacco could cure or aid in the healing process for up to 36 different ailments. 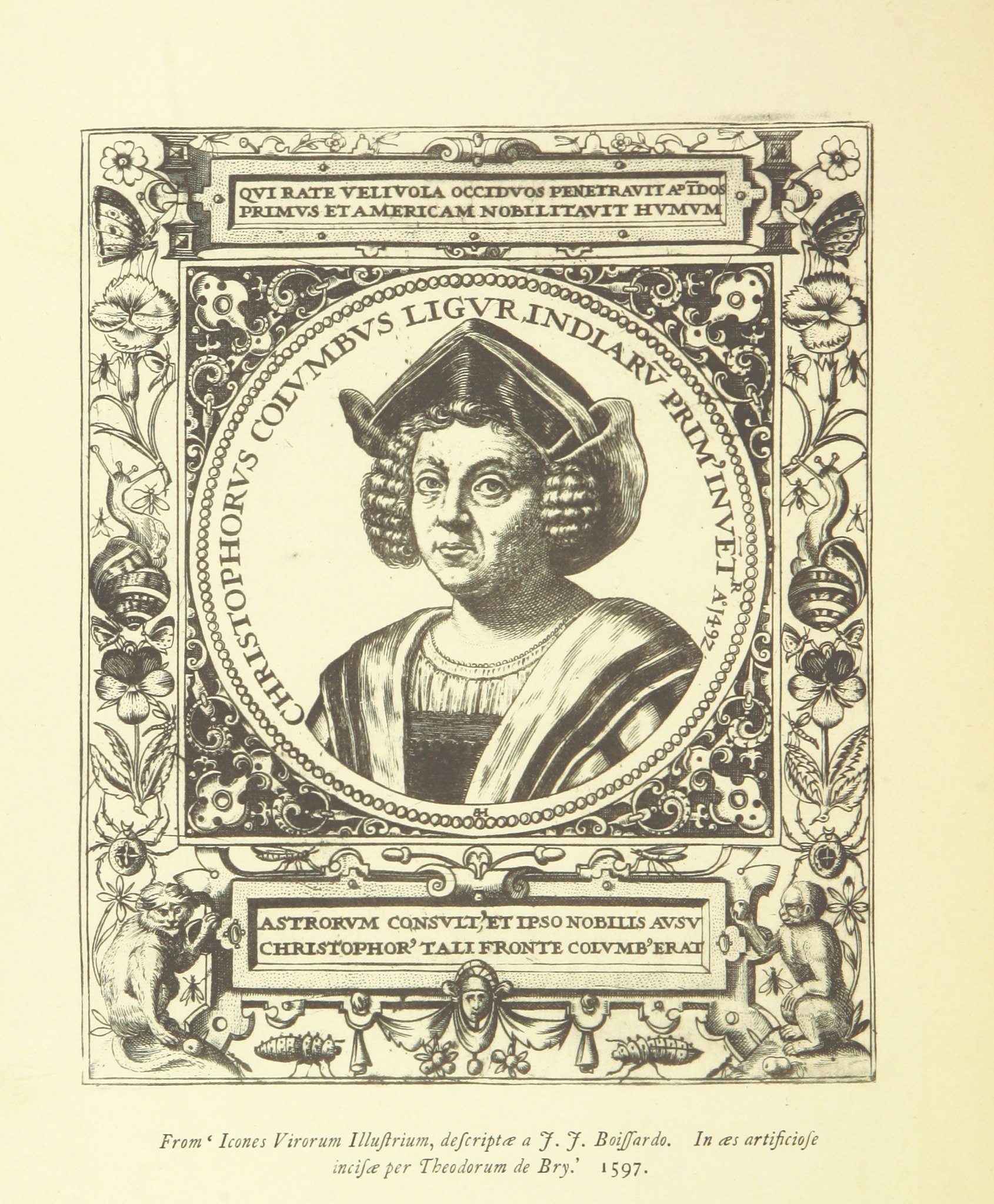 Despite it’s initial popularity, it doesn’t seem to have taken long for people to have realized the dangers of tobacco, though, because King James I of England wrote extensively trying to dissuade people from using the plant, writing that it was addictive and left black soot in the lungs. King James was the first to tax tobacco, and while that was likely intended to dissuade people from smoking, it ended up making tons of money for the government as people found it to be just as Francis Bacon described it in 1610, extremely hard to quit! (Source)

At some points throughout Shakespeare’s lifetime, tobacco was used as currency, with people calling it literally “as good as gold.” (Source) 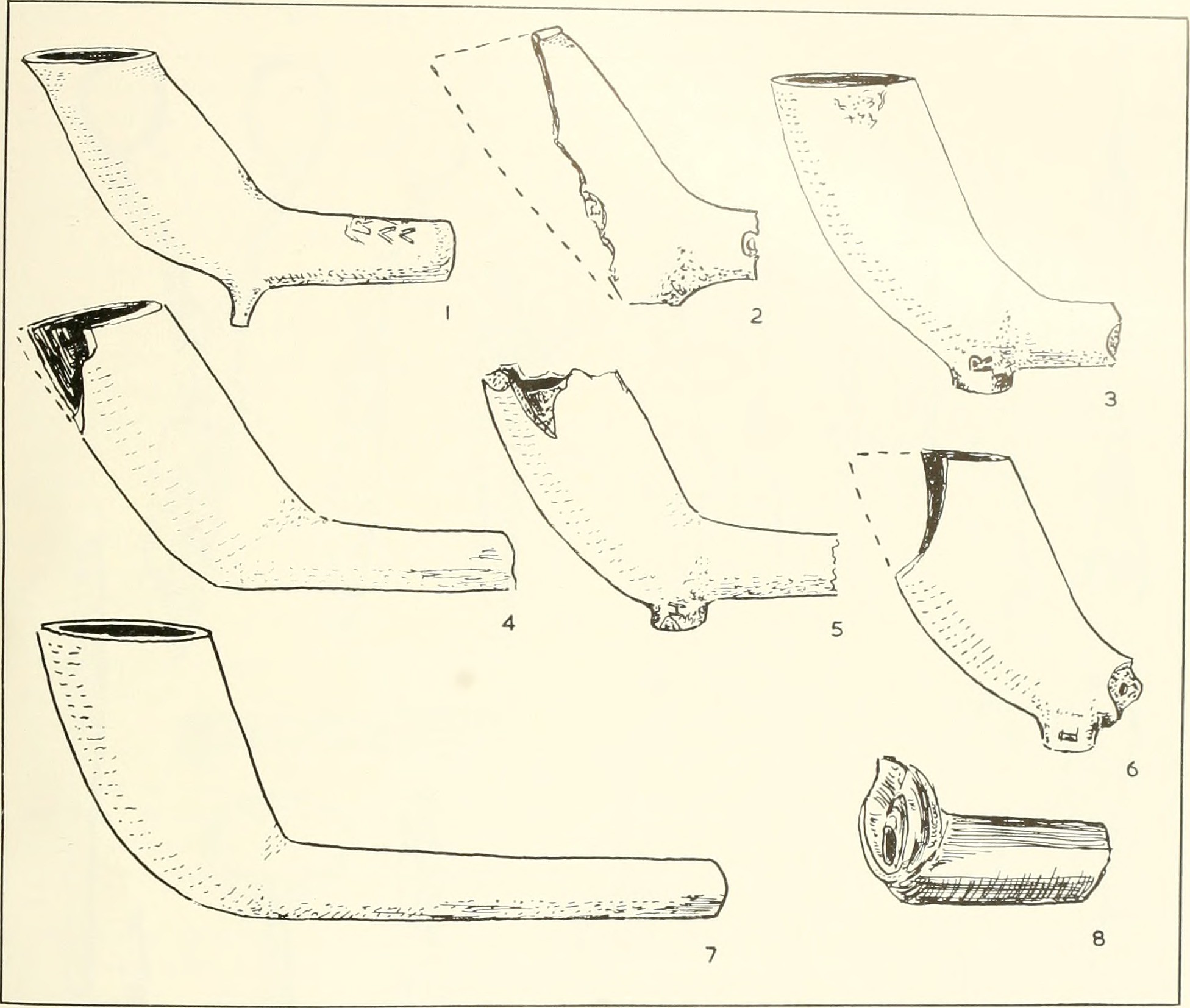 The fledgling colony of Jamestown would use tobacco as it’s main source of income as it started a new life in what is now Virginia. Their production of tobacco demonstrates the growth in popularity for the substance as it took over Europe. Mike Davey from the University of Minnesota reports that “In 1614 Jamestown colony sent its first shipment of tobacco to England. It was rather modest in size. 1624 saw 200,000 pounds sold to England while 1638 saw 3,000,000 pounds sold. During the 1680s Jamestown was producing over 25,000,000 pounds of tobacco per year for sale in Europe” (Source) 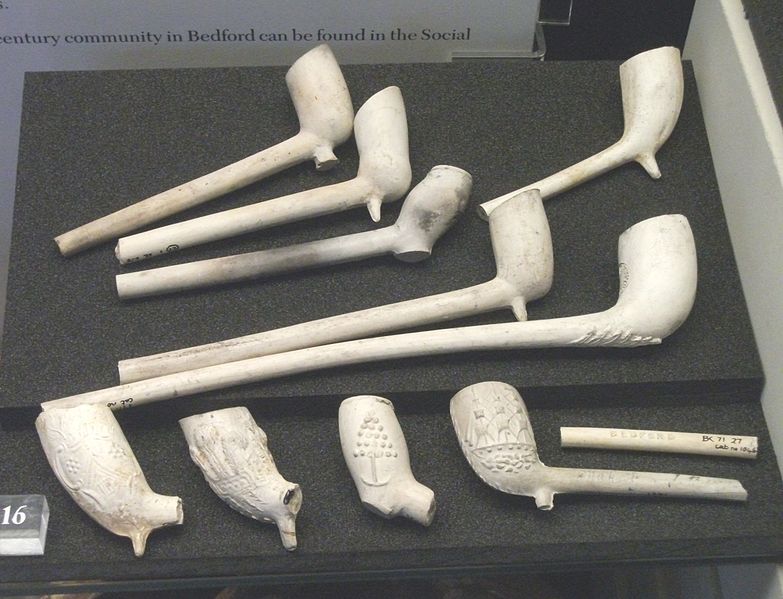 As far as how they smoked tobacco during Shakespeare’s lifetime, one report from Cambridge says that most likely Shakespeare would have used clay pipes, saying “Ceramic pipes, made of moulded and then fired clay, were used almost universally by Europeans between the introduction of tobacco in the 16th century and the introduction of cheap cigarettes at the end of the nineteenth.” Source: “Evolution of clay tobacco pipes in England” (PDF). Cambridge Archaeology Field Group. November 2012. Retrieved 2018-07-27.” 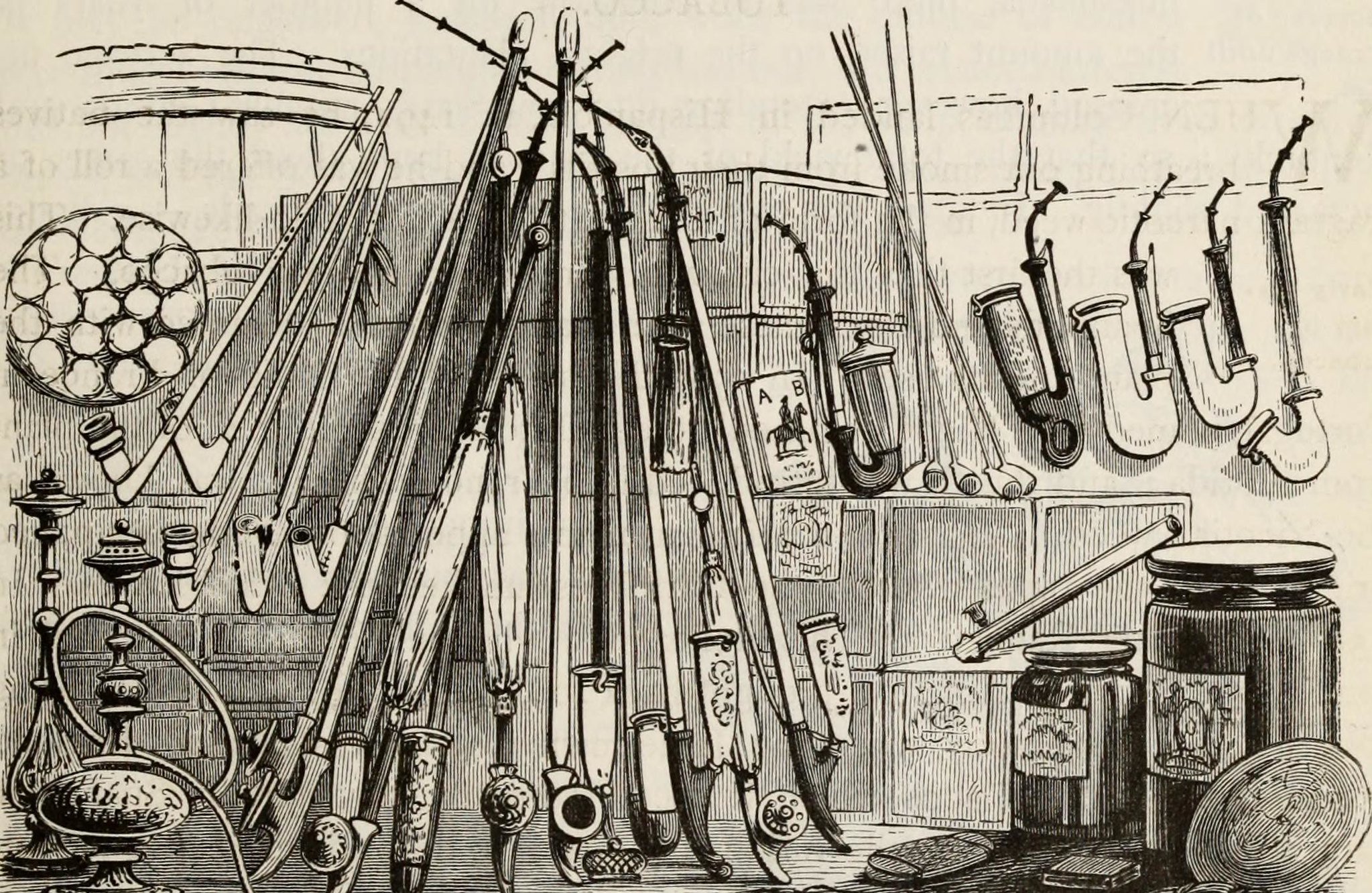 SMOKING INSTRUMENTS OF ALL NATIONS. introduced it into Louisiana in 1718.| Image from page 106 of “Industrial history of the United States, from the earliest settlements to the present time: being a complete survey of American industries, embracing agriculture and horticulture; including the cultivation of cotton, tobacco, wheat | Source 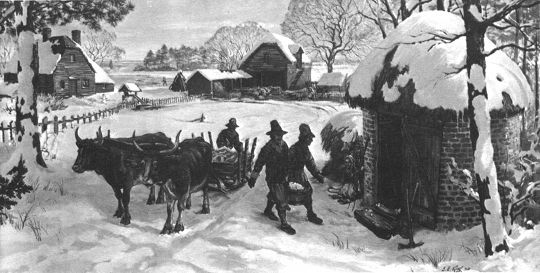 So Shakespeare wouldn’t have been walking around with a cigarette in his mouth, but it is possible he smoked clay pipes. In fact, I think the evidence discovered by Dr. Francis Thackeray and Dr. van der Weer, of the pipes buried in Shakespeare’s Garden, certainly suggest there was more than a passing possibility that the bard enjoyed a pipe, potentially while sitting out in his backyard.

Until next time, I’m Cassidy Cash, and I hope you learn something new about the bard.