Mentioned by name in three of Shakespeare’s plays, and alluded to in more than that the legend of Robin Hood played an important role in the collective mindset of Shakespeare’s audience and allowed the legend of everyone’s favorite outlaw to continue into the 21st century. Which is why this week, we are asking:

The legend of Robin Hood played a big role in the life of most dramatists in early modern England, being a prominent figure in English folklore, his legend was a popular source of good dramatic material on stage.

Robin Hood is mentioned by name three times in Shakespeare’s plays, including Two Gentlemen of Verona, Henry IV Part 2, and As You Like It.

The historicity of Robin Hood has been debated for centuries. There are numerous references to historical figures with similar names that have been proposed as possible evidence of his existence, some dating back to the late 13th century. With some people even suggesting that “Robin Hood” was a stock alias used by outlaws in general who did not want to reveal their identity, a lot like the Dread Pirate Roberts in The Princess Bride.

The first printed version is A Gest of Robyn Hode (c. 1500), a collection of separate stories of Robin Hood into one tale.

Robin Hood was strongly associated with the May Day celebrations, and people celebrating would dress up as Robin Hood or his merry men. This was not common throughout England, but in some regions the custom lasted until Elizabethan times, and during the reign of Henry VIII, was briefly popular at court.

To bring the legend of Robin Hood into Shkespeare’s lifetime,

There is also an early copy of this story dating to around 1560 that is a play and includes the earliest record of the Curtal Friar.

In 1598 (The same year Shakespeare bought New Place and wrote Much Ado About Nothing), Anthony Munday wrote a pair of plays on the Robin Hood legend, The Downfall and The Death of Robert Earl of Huntington (published 1601). These plays drew on a variety of sources, including A Gest of Robin Hood. The plays are complex, the story of Robin Hood appearing as a play-within-a-play presented at the court of Henry VIII and written by the real courtier John Skelton. Skelton himself is presented in the play as acting the part of Friar Tuck. Some scholars have suggested that Skelton may have written a Robin Hood play for Henry VIII's court, and they think this play may have been one of Munday's sources for his work. Henry VIII dressed up like “Robyn Hodes men” as part of his “Maying” in 1510.

In 1599 (the same year Shakespeare would write the reference to Robin Hood in As You Like It, as well as the year he opened The Globe), other dramatists were staging plays that included Robin Hood references and just nine years earlier, a play by George Peele was performed which incorporates a Robin Hood game played by the characters. (The play, Edward I, was staged around 1590-1591)

The name was still used to describe sedition and treachery in 1605, when Guy Fawkes and his associates were branded “Robin Hoods” by Robert Cecil.

In 1584, when Reginald Scot identified Robin Hood with Robin Goodfellow, which was the same character of Puck that Shakespeare portrays in A Midsummer Night’s Dream.

William Shakespeare makes reference to Robin Hood in The Two Gentlemen of Verona. In it, the character Valentine is banished from Milan and driven out through the forest where he is approached by outlaws who, upon meeting him, desire him as their leader. They comment, ‘By the bare scalp of Robin Hood's fat friar, This fellow were a king for our wild faction!' Robin Hood is also mentioned in As You Like It. When asked about the exiled Duke Senior, the character of Charles says that he is ‘”already in the forest of Arden, and a many merry men with him; and there they live like the old Robin Hood of England'. Justice Silence sings a line from an unnamed Robin Hood ballad, the line is “Robin Hood, Scarlet, and John” in Act 5 scene 3 of Henry IV, part 2. In Henry IV part 1 Act 3 scene 3, Falstaff refers to Maid Marian implying she is a by-word for unwomanly or unchaste behaviour.

Ben Jonson produced the (incomplete) masque The Sad Shepherd, or a Tale of Robin Hood in part as a satire on Puritanism. It is about half finished and writing may have been interrupted by his death in 1637. It is Jonson's only pastoral drama, it was written in sophisticated verse and included supernatural action and characters.It has had little impact on the Robin Hood tradition but needs mention as the work of a major dramatist.

After the Puritans closed the theaters in 1642, Robin Hood declined in popularity as a stage story, but would see a resurgence of interest after the English Restoration.

Regardless of it's swing in popular stage fare, we know that the story of Robin Hood has an important place in this history of William Shakespeare.

That’s it for this week here at Did Shakespeare. I’m Cassidy Cash and I hope you learned something new about the bard.

Become a subscriber and get a printable illustration of Shakespeare's History Plays. 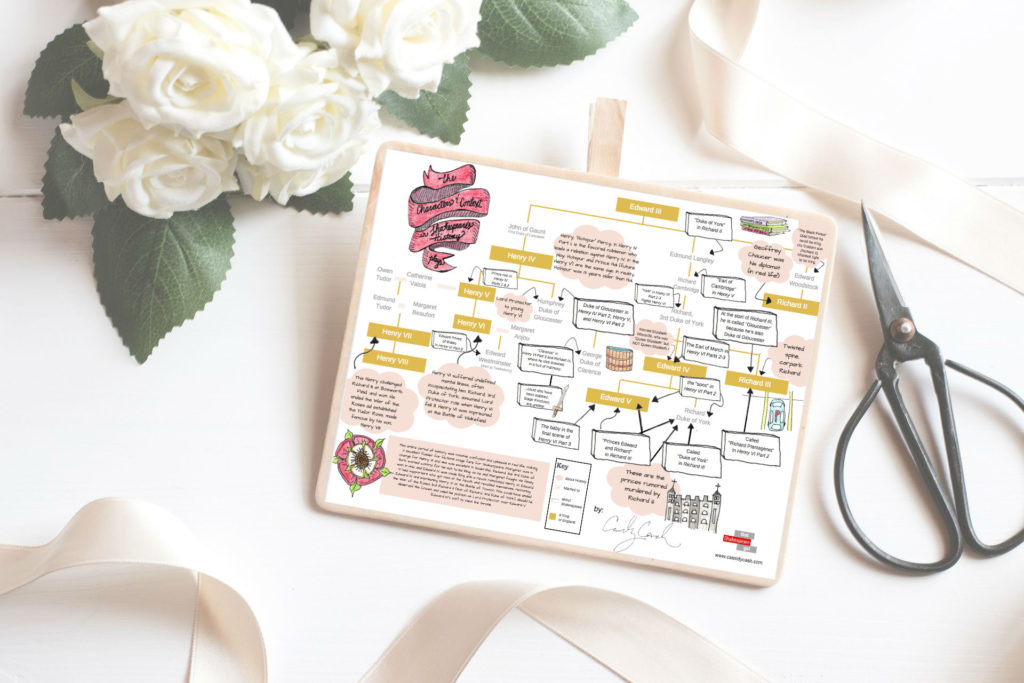 Sign up using the form below and immediately download this free resource to get started learning Shakespeare. Unsubscribe at any time and keep the download as my gift to you.